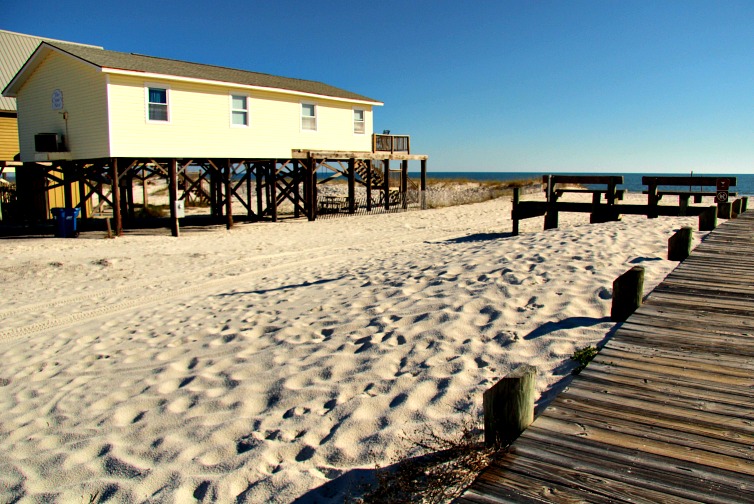 Many people are all traveled-out after the festive season, and feeling the pinch of a credit card bill with an extra page. Yet your RV travel opportunities have been conveniently restocked, and the sheer variety of potential getaways never better.

It’s not the shoulder-season gem that is September, but January is still a pretty stellar month to get outta town in your RV, especially if you’re a snowbird en route to a warm weather roost. The weather is near perfect in spots like Palm Springs, Phoenix, South Texas, and Tampa-St. Petersburg, all of which are great options for snowbirds. The mild temperatures are ideal for days spent idly exploring or relaxing by the pool.

Palm Springs is one of those places that’s reliably sunny and warm this time of year. And the weather is not its only calling card.

Palm Springs acquired the title “Playground of the Stars” many years ago because what was then just a village in the desert was a popular weekend Hollywood getaway. Today, the village has grown and consists of much more than just hanging out poolside. Whether it’s golf, tennis, hiking Tahquitz Canyon (photo above), or a trip up the aerial tram, Palm Springs is a winter desert paradise.

Florida makes for a great getaway any time of the year that isn’t August. Sure, you can relax on one of the best beaches in the world at Siesta Key, hit the undertow in St. Pete Beach, or enjoy a boat trip at Myakka River State Park (photo above)—but those spots aren’t going anywhere.

In January, the place to be is Tampa, when it hosts the annual Gasparilla Festival. The festivities honor José Gaspar, the former Spanish naval officer-turned-pirate who may or may not have terrorized the waters around Tampa Bay. Historical accuracy kinda gets pushed aside, though, to make way for the third-largest parade in America. It’s a daylong bacchanal of folks dressed in pirate attire that spills over into the bars at night. And the calming waters of the gulf are just a short drive away, the perfect anecdote for a pirate festival.

The obvious draw for a Utah vacation in January is the skiing, and we’re not gonna lie, that’s the No. 1 reason to go. But Utah is a big state, and even if the slopes aren’t calling you, January is the perfect time to check it out.

The big, red desert parks (Arches and Canyonlands) in the southern part of the state aren’t nearly as packed as during the summer and are sometimes covered in a soft blanket of white snow. Further south, there’s St. George and Zion National Park (photo above) in Utah Dixie that’s just a short day trip from Las Vegas. Then there’s the Sundance Film Festival in Park City, where for better or worse, Hollywood descends on the beehive state.

The quaint fishing village of Rockport has been a favorite coastal hideaway and snowbird roost for years. Envision the life of an affluent Victorian family while exploring Fulton Mansion, built in 1877 with comforts not easily found: gas lights, central heat, and running water. At Goose Island State Park (photo above) you’ll find the wintering grounds for whooping cranes and other migratory birds. It’s also home to the 2,000-year-old Big Tree, one of Texas’ largest live oak.

Arizona is a warm-weather perch for snowbirds from around North America and one of the most popular getaway destinations in the Southwest.

Home to cactus, prickly pears, rattlesnakes, the Grand Canyon, roadrunners, the world’s oldest rodeo, and the bolo tie, the state is rich in attractions that entertain the cultured, the curious, the wild, and untrammeled.

Although mostly a truck stop in the summer, snowbirds descend upon Quartzsite (photo above) with more than 100,000 RVs spread over 70 square miles. The main attraction is the annual rock and gem shows, the flea markets, and the RV show under the Big Tent. Nowhere on earth will you find such an assortment of “stuff” as you will at Quartzsite.

Worth Pondering…We will open the book. Its pages are blank.
We are going to put words on them ourselves.
The book is called Opportunity and its first chapter is New Year’s Day.