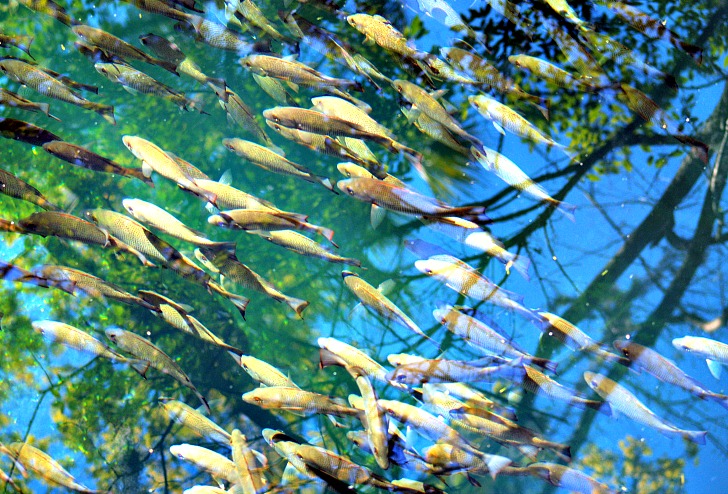 The longest government shutdown in U.S. history is over―at least for now.

The shutdown has affected national parks in many ways, including piled-up garbage, unusable toilets, vandalism, closed roads, and closure of some parks. And don’t expect conditions to return to normal in the short term. It will take time.

But if you’re a fan of the great outdoors, there are numerous state and county parks to explore instead. With this in mind, we put together a list of wonderful state parks based on our RV travel experiences.

These parks are particularly great due to their hidden historical aspects, proximity to cities and towns, and they’re often filled with unexpected flora and fauna, intriguing natural environments, scenic beauty, and campgrounds.

The Texas coast is on an hourglass-shaped migratory path called the Central Flyway that extends from Alaska to Latin America. This makes Galveston Island State Park a must-see birding spot, especially with its combination of beach, prairie, and marsh.

Meet manatees face-to-face without getting wet at Ellie Schiller Homosassa Springs Wildlife State Park. Underwater viewing stations allow visitors to see the manatees—and other fish that they swim with—up close and personal at this showcase for Florida’s native wildlife. In a natural setting of wetlands and woods, the park hosts daily educational programs on alligators, snakes and alligators, and more.

Vogel State Park is in the heart of north Georgia Blue Ridge Mountains, 11 miles south of Blairsville. At 2,500 feet elevation Vogel State Park maintains a cool evening temperature even in the dog days of summer. The park provide a range of overnight accommodations including 56 campsites with electric service suitable for RVs up to 40 feet in length. A lake for swimming and boating and miles of hiking trails adjacent to the famous Appalachian Trail offer something for everyone. The park’s 22-acre lake is open to non-motorized boats, and during summer, visitors can cool off at the mountain-view beach.

Federal Hill is the centerpiece of My Old Kentucky Home State Park. Built between 1795 and 1818, Federal Hill was the home of Judge John Rowan. Federal Hill is a Georgian style mansion that originally had 13 rooms. The number 13 is repeated throughout the house, supposedly to honor the 13 colonies at the time of America’s independence from England. Stephen Collins Foster (1826-1864), a Rowan family relative, is credited with immortalizing Federal Hill in his hauntingly beautiful song “My Old Kentucky Home Good Night.”

Planning a trip to Arches or Canyonlands National Park? Dead Horse Point State Park is just up the road, and offers some of the best scenic views you can find anywhere. Dead Horse Point is a peninsula of rock atop sheer sandstone cliffs about 6,000 feet above sea level. Two thousand feet below, the Colorado River winds its way from the continental divide in Colorado to the Gulf of California, a distance of 1,400 miles. The peninsula is connected to the mesa by a narrow strip of land called the neck.

Catalina State Park sits at the base of the majestic Santa Catalina Mountains. A great alternative to Saguaro National Park, Catalina is a haven for desert plants and wildlife and nearly 5,000 saguaros. The 5,500 acres of foothills, canyons, and streams invites camping, picnicking, and bird watching—more than 150 species of birds call the park home. Commonly encountered species of wildlife include javelin, coyote, mule deer, bighorn sheep, and various reptiles.

Happy is the man who can enjoy scenery when he has to take a detour.