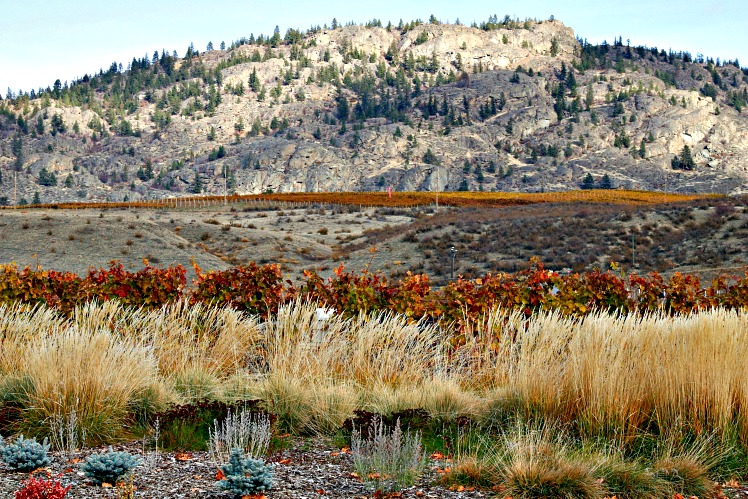 When it comes to compiling my list of the places I’m most excited about in the coming year, narrowing down the field is easier said than done.

Minor consideration is given to where people are actually going, and the trendy places that the so-called travel experts are watching in the coming year.

And, of course, there are the off-the-beaten path destinations and hidden secrets that we haven’t heard much about—places like British Columbia’s Okanagan Valley, an emerging wine destination.

After all, isn’t dreaming about places totally new to us—and seeing old favorites in a new light—why we travel in the first place?

With rolling hills dotted with sagebrush and ponderosa pine—and thousands of acres of vineyards—the Okanagan Valley can no longer be considered a nascent Napa. Lying between two mountain ranges and stretching roughly 125 miles north from the U.S.-Canada border, the geography varies from the desert-like conditions in the south to the green plateau of the Naramata Bench and Okanagan Lake’s sandy beaches.

There are plenty of things to do in Newport but the seaside city really shines brightest during the summer. After all, the million-dollar mansions that Newport is known for were built as warm-weather retreats, for those perfect days spent on yachts and lawns.

There are many ways to soak in the culture. The Cliff Walk, where you can peek into well-manicured backyards, remains free, while some of the mansions are open for tours and special events. And the who’s who of Newport will be out in spades at two big festivals in July: the Newport Folk Festival and the Newport Jazz Festival.

Santa Fe
Founded in 1607, Santa Fe is America’s oldest capital city and also houses the oldest public building in the country, the circa-1610 Palace of the Governors which was originally the seat of government for the Spanish colony of Neuvo Mexico. To wander the Downtown Santa Fe Plaza is to immerse one in traditional adobe structures. There are time-warped old buildings and churches including the stunning Loretto Chapel famous for its miraculous staircase and San Miguel Mission, reported to be America’s oldest church built between 1610 and 1626.

But, history’s not the only thing going down in Santa Fe. The city’s unique cuisine and renowned art galleries are integral to the area’s charm.

Speaking of beloved American beverages… Shiner, Texas is home to 2,069 people, Friday’s Fried Chicken, and—most famously—the Spoetzal Brewery where every drop of Shiner beer is brewed. Tours are offered throughout the week, where visitors can see how their popular brews get made. Tours and samples are free. Founded in 1909, the little brewery today sends more than 6 million cases of delicious Shiner beer across the country. Founder, Kosmos Spoetzal, would be pretty proud! To which we say “Prosit!”