“A Place Apart” Bay St. Louis is an historic beach community with a quaint and funky Old Town 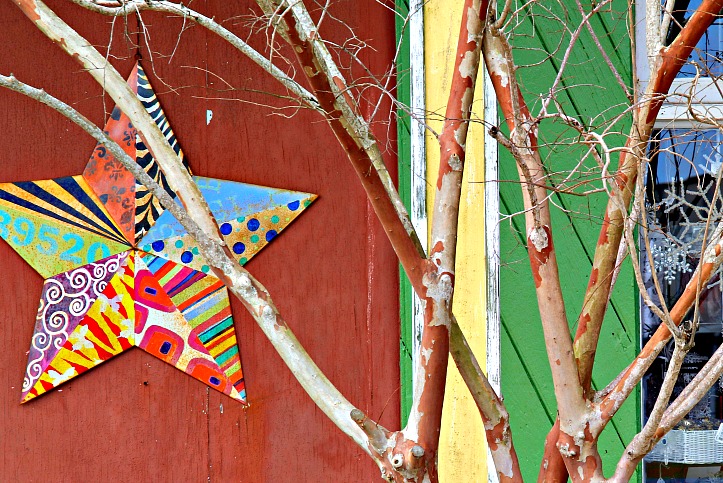 For over three centuries, Bay St. Louis has been home to colorful characters, fanciful buildings, and unquenchable community spirit.

The Bay St. Louis motto is as unique as the city itself: “A Place Apart.”

Bay St. Louis was established in 1699 by French explorers d’Iberville and Bienville. Known for years simply as “the Bay of St. Louis,” the city was incorporated under the name of Bay St. Louis as the first act of the new Mississippi legislature in 1818.

This far southwest corner of Mississippi appears to have more in common with and oriented more toward Louisiana than the rest of the Magnolia State. Unlike the Deep South with its dominance of Baptist and other protestant churches, here the Roman Catholic Church with its beautiful historic cathedrals and above-ground cemeteries dominate. Local television feeds originate from New Orleans and in the sports memorabilia market Louisiana-based teams are most common.

Touring the area, we drove along the Bay; explored Bay St. Louis and Sister City, Waveland; and wandered the pastel colored buildings and quaint, funky shops of historic Old Town Bay St. Louis including the Depot.

The “Depot,” is a two-story building with mission style design. The train depot (c. 1928), is surrounded by park-like grounds, and once served as the centerpiece of the movie, “This Property is Condemned” starring Robert Redford and Natalie Wood.

Often called the “Costume King,” Carter Church is one of the top costume designers in the U.S. He was a friend and colleague of the renown Russian-born French artist and designer known as Erté, renowned artist of the Art Deco movement, whom he knew in New Orleans and in Paris. Besides frequent comparisons to Erté, he has received 50 Alpha Awards and a Lifetime Achievement Award from the Fashion Group International for his designs in the field of couture as well as costume.

His designer gowns and costumes that have won well over 100 awards. Downsizing from the demanding schedule of creating up to 150 costumes a season from his workshop in Bay St. Louis, he now creates designs and costumes for about a dozen krewes in Louisiana and Mississippi. For Carter Church, Carnival is a way of life.

Driving around downtown Bay St. Louis, we admired the “Heavenly Carved Wooden Angels.” Once beautiful live oaks they are now works of art. Chainsaw sculptor, Dayle K. Lewis transformed the tree trunks into “Angel Creations.” Two of the magnificent  “Carved Angels” stand in the Cedar Rest Cemetery on Second Street; one on Beach Boulevard in front of Our Lady of the Gulf Church, one near Century Hall, two are located on the first block of Demontluzin Avenue. The “Demontluzin Avenue Angel” was used as a life raft by three Katrina survivors and their dog.

Hollywood Casino RV Park is big-rig friendly featuring 80 back-in sites and 14 back-to-back pull-through sites. Our site (#73) backed to a treed area on a bayou and is in the 55-60 foot range with 50/30-amp electric service, water, sewer, and cable TV (42 channels). Wi-Fi worked well from our site; no problem locating satellite. All interior roads and sites are concrete. Site amenities include metal picnic table and BBQ grill on concrete slab and garbage canister. As with many other casino RV parks, pay upon check-out.