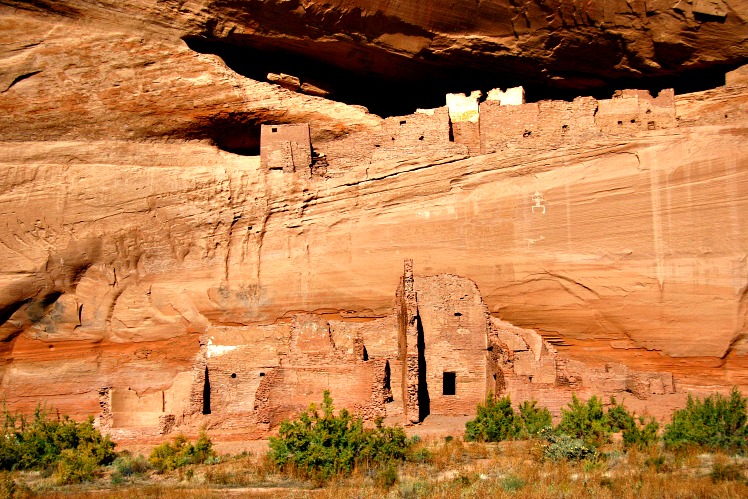 Good news! The government shutdown is over! Not only will you be getting your tax refunds, but you can also visit— trash free—America’s most treasured scenic and historically important federally-administered land. Of course, we’re talking about the National Parks Service sites.

But instead of talking up Yosemite or the Grand Canyon, two of which you’re already familiar, below are 10 national parks that don’t always get enough love.

Most visitors come to see the ancient tree trunks which are preserved by minerals they absorbed after being submerged in a riverbed nearly 200 million years ago. And they’re quite a sight: Over time, the huge logs turned to solid, sparkling quartz in a rainbow of colors—the yellow of citrine, the purple of amethyst, the red-brown of jasper. This mineral-tinted landscape also boasts painted deserts and striated canyons.

California has so many well-known national parks that smaller parks tend to be overlooked. But Pinnacles should be on your must-visit list. Its unique landscape of towering rock formations that form “pinnacles” is the result of volcanic activity in the area some 23 million years ago.

Congaree offers the largest intact expanse of old growth bottomland hardwood forest in the southeastern U.S. This South Carolina park includes the area where Congaree and Wateree Rivers converge. Canoeing, hiking, and fishing are all popular pastimes and may be enjoyed in peace thanks to the sparse number of fellow travelers.

With its multiple stems the organ pipe cactus resembles an old-fashioned pipe organ.

The remote Organ Pipe Cactus National Monument is a gem tucked away in southern Arizona’s vast Sonoran Desert. Thanks to its unique crossroads locale, the monument is home to a wide range of specialized plants and animals including its namesake.

Located in south-central Utah in the heart of red rock country, Capitol Reef National Park is a hidden treasure filled with cliffs, canyons, domes, and bridges in the Waterpocket Fold, a geologic monocline (a wrinkle on the earth) extending almost 100 miles. The park’s main driving tours include the paved Scenic Drive and two long, mainly unpaved, loop tours through the park’s Cathedral and Waterpocket Districts.

A Nor-Cal beaut, Lassen is home to numerous active volcanoes which include fun, fumaroles (openings in or near a volcano, through which hot sulfurous gases emerge). RV here, if you really want to “blow up” on social media.

A one-of-a-kind landscape and the cherished homeland of the Navajo people, Arizona’s Canyon de Chelly National Monument is a truly special place. Sheer cliffs rise on either side of this flat-bottomed, sandy ravine, an area created much the way uplift and water formed the Grand Canyon.

Another reason to hit up southern Utah? Arches. And not like the St. Louis “Gateway Arch.” We’re talking an area that includes over 2,000 natural arches formed over 100 million years by a combo of water, ice, and extreme temperatures.

Few national parks can match the scenic variety of Big Bend. A land graced with desert, mountain, and river environments makes for a compelling study in contrasts. The Chihuahuan Desert, with its vastness and stark beauty, is joined by the abrupt canyons of the Rio Grande and the forested peaks of the Chisos Mountains.

Located in the Badlands of western North Dakota, Theodore Roosevelt National Park is named for the 26th President. This austere landscape is home to a surprisingly dense population of wildlife including bison, pronghorn antelope, elk, wild horses, and bighorn sheep. Theodore Roosevelt is unique among the scenic parks in that it preserves not only an extraordinary landscape but also the memory of an extraordinary man.