One of the world’s great natural wonders, the Grand Canyon National Park, turns 100 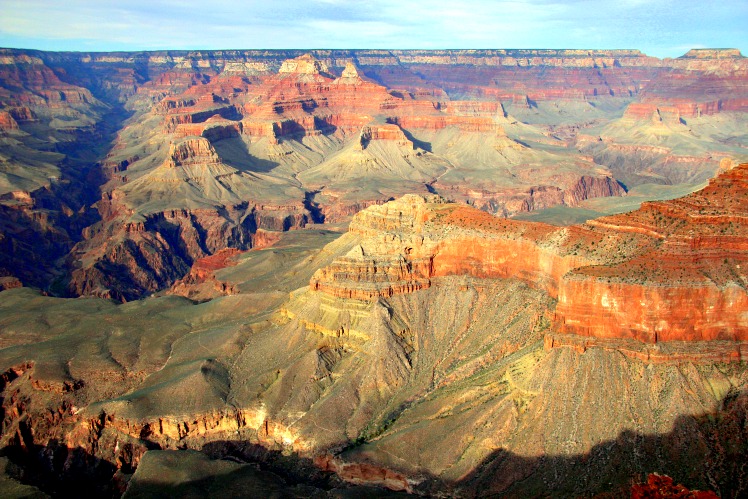 John Wesley Powell said it best, “The wonders of the Grand Canyon cannot be adequately represented in symbols of speech, nor by speech itself.”

A universally recognizable iconic destination, Grand Canyon National Park is a true marvel of nature that’s on every RVer’s bucket list. A powerful and inspiring landscape, Grand Canyon overwhelms our senses through its immense size.

During 2019, the Park will commemorate its past and work to inspire future generations to experience the majesty and resources that the Park provides.

The first sighting of the Grand Canyon always comes as a surprise. It’s not one giant slot in the desert but a staggering series of splinters dominating the horizon. The colored layers in the rock, though, remain strikingly consistent.

A deep gorge carved by the Colorado River about seventeen million year ago, the Grand Canyon stretches for more than 250 miles and is up to 18 miles in width and more than a mile deep in some areas. Just about everywhere you look the views are amazing and the sheer size of it can be overwhelming. One look over the edge and it’s easy to see why it’s considered one of the Seven Wonders of the Natural World.

There are two public areas of Grand Canyon National Park, the North and South Rims. At 7,000 feet above sea level the Grand Canyon South Rim is the most accessible section of the national park with numerous places where visitors can admire the views.

The Grand Canyon is perhaps the most famous of American parks, and was the second most highly visited national park in 2017 with over 6.26 million visitors. Most visitors see it from overlooks along the South Rim. Crowds are usually thick along the canyon’s South Rim but quickly lighten the deeper into the canyon you hike.

If you’re seeking a secluded escape to Mother Nature, you should be prepared: The Grand Canyon can be very crowded. The South Rim—home to the Grand Canyon Village and the well-worn Bright Angel Trail—is particularly popular for sightseers and hikers. It is on this side that you’ll find the most amenities. However, for a true escapist experience, head to the North Rim. This is the place for backwoods camping and hardcore hiking.

Within Grand Canyon Village, there are three main areas of interest: Visitor Center/Mather Point, Market Plaza, and the Historic District.

The Visitor Center/Mather Point is where most visitors park and get their first look at the Grand Canyon. Four large parking areas are located here as well as the transit center for the free shuttle buses.

Market Plaza is the business center where the general store, bank, and US Post Office are locate.

The Historic District with the railroad depot and original lodges is where the pioneer village started.

To get around the Village, the Village Shuttle Bus (Blue Route) connects the Visitor Center/parking areas with the lodges, campground, restaurant, and shops.

From the Visitor Center, the easiest and fastest way to get out and see Grand Canyon is to take the scenic Kaibab Rim Shuttle Bus (Orange Route). This bus provides the only access to the South Kaibab Trailhead and Yaki Point. The Scenic Hermit Road Shuttle Route (Red Route) operates March 1 through November 30 and stops at nine canyon overlooks along the scenic 7 mile Hermit Road (west of the village).

Do nothing to mar its grandeur…

Keep it for our children, and all who come after you, as the one great sight which every American should see.