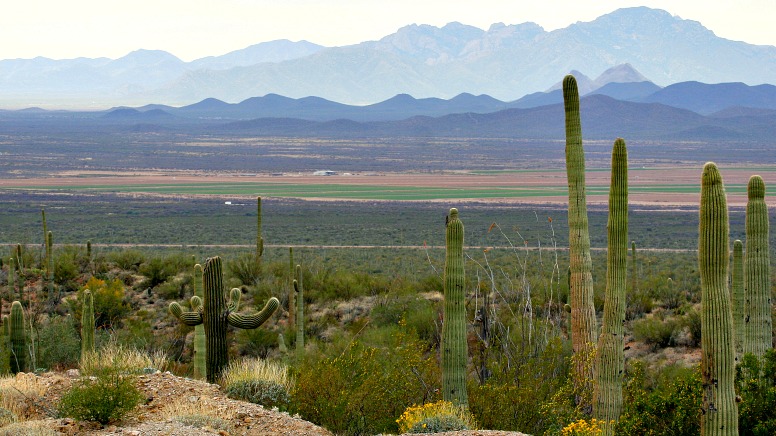 When Fodor’s Travel released its annual Go List in November, a favorite of ours was on it. Tucson was one of the 52 places around the world that inspire travel in 2019.

Hey, Fodor’s, tell us something we don’t already know.

The landscape in Tucson can only be described as otherworldly. From the sweeping expanses of arid desert to the mountain ranges surrounding the city and sprinkles of vibrant colors dotting the desert, it’s truly unlike anywhere else on the planet.

In their list, the editors of Fodor’s barely scratch the surface of what makes the Old Pueblo such a fun getaway. So we’ll just have to pick up the slack. Here are our favorite weird and wonderful reasons to RV to Tucson.

One of the most popular attractions in Tucson is the Arizona-Sonora Desert Museum and for good reason. It’s an incredible opportunity to learn about the Sonoran Desert and the diversity of what can be found here, whether that’s the animals, plants, birds, or fish.

Mission San Xavier del Bac is noted for its elegant Spanish colonial architecture and colorful art adorning the interior. Shimmering in the sun 10 miles south of Tucson, the “White Dove of the Desert” remains an active parish.

Birders will enjoy camping at Catalina State Park as much as hikers and mountain bikers do. The park spreads across the foothills of the craggy Santa Catalina Mountains north of town. Trails like Canyon Loop ramble through desert meadows dotted with cactus, mesquite and ocotillo. Watch for desert bighorn sheep on the mountain slopes.

The giant saguaro cacti grow nowhere else. Growing very slowly, it may take 50 years or more for branching to begin. These symbols of the Southwest have lent their name to Saguaro National Park, its two units bracketing Tucson on the east and the west.

Carved into the Santa Catalina Mountains by its namesake stream, Sabino Canyon is a desert oasis supporting riparian habitat including willow, ash, oak, and Arizona sycamore. A paved road runs 3.8 miles into the canyon, crossing nine stone bridges over Sabino Creek. It begins at an altitude of 2,800 feet and rises to 3,300 feet at its end.

Plenty of cowboys can be found at Old Tucson Studios. John Wayne and Clint Eastwood are among the Hollywood legends that starred in some of the 300-plus movies and TV projects that have been filmed at Old Tucson since 1939. Today it’s a movie studio and theme park.

Entering the Santa Catalina Mountains northeast of Tucson, you’ll find yourself accelerating at the foot of Mount Lemmon. Climbing to over 9,000 feet, with a near 7,000-foot elevation change in a mere 24 miles, the Catalina Highway (also called the Mount Lemmon Highway) is a brilliant ascent with countless curves, numerous vistas, and three major switchbacks.

Hohokam Indians once used the caverns for food storage and outlaws hid out here between train robberies in the 1880s. During the Great Depression, the Civilian Conservation Corps built much of the infrastructure still used by visitors today.

It’s no surprise that authentic Mexican fare is easy to come by with the border just an hour’s drive away, but there’s a favorite haunt in which to indulge in the freshest, spiciest specimens in town. A long-time local mainstay, El Charro has been run by the same family for nearly 100 years. Its margaritas are strong and tart and its founder, Monica Flin, is credited with inventing the chimichanga.

Displaying more than 250 aircraft of all sizes, shapes and eras, Pima Air & Space Museum covers 150 acres. Many of the docents are people who actually flew these planes, and the stories they tell are fascinating.

If you think flowers can’t bloom in the desert, think again. The sandy landscape is awash with multi-hued blooms, especially in the spring. Even the thorny cacti blossom into bouquets of color, the prickly pear sprouting hats of rich fuchsia flowers, the barrel cactus donning clusters of vibrant yellow and red and the mighty saguaro budding impressive halos of white posies.

Embrace the authentic beauty of the Sonoran Desert year-round at Tohono Chul, Tucson’s charming crossroads of nature, art, and culture. Deemed “One of the World’s Ten Best Botanical Gardens” by Travel + Leisure Magazine, Tohono Chul has been celebrated by Tucson as one of its “best kept secrets” for over a quarter of a century.

Having visited Tucson on numerous occasions, we have set up camp at a variety of area RV parks and campgrounds that include Tucson/Lazydays KOA, Valley of the Sun RV Resort, Desert Trails RV Park, Mission View RV Resort, and Catalina State Park.

Tucson had opened my eyes to the world and given me… a taste for the sensory extravagance of red hot chiles and five-alarm sunsets.