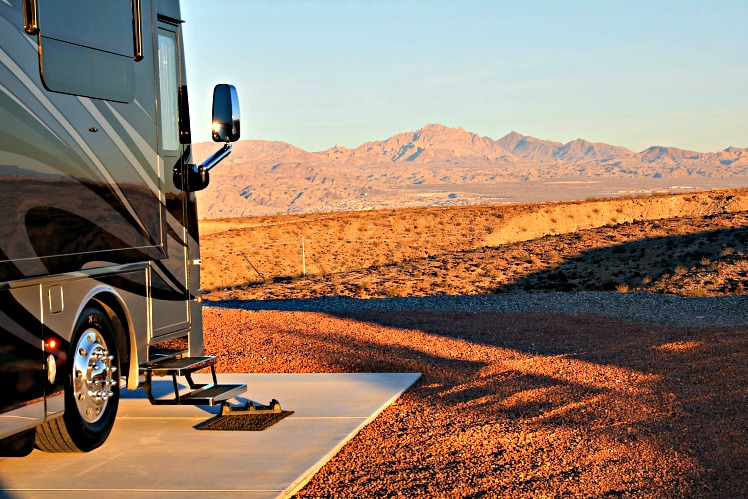 RV Industry Association officials are set to kick off their new trade show, RVX: The RV Experience, next week, promising a forward-looking glimpse into the best and most innovative creations the RV industry has to offer.

Billed as a first-of-its-kind, dealer-focused market development show to promote the RV industry, the new RVX show, scheduled for March 12-14 at the Salt Palace Convention Center in Salt Lake City, replaces the long-running and now-defunct RVIA National RV Trade Show that had taken place annually in Louisville since the early 1960s.

Last held in November 2017 at the Kentucky Exposition Center, RVIA officials in January 2018 announced they would be axing the show, noting they felt a completely new approach was needed for the industry’s national event.

According to the 2018 news release, the industry’s annual fall open house, held in Elkhart County, “has firmly established itself as the premier buying event, while at the same time the National RV Trade Show has not successfully redefined its purpose. As a result, it is clear the industry no longer needs multiple buying-focused shows, and the time to redefine RVIA’s event has come.”

That is where the new RVX show comes in.

“We’ve got a lot of things coming together that are just going to be fun and exciting for the industry,” RVIA spokesman Kevin Broom said of the new show. “The focus of the show has changed significantly from Louisville. It’s obviously a different location and a different place on the calendar. And that’s important because what we’ve done now is position the RV show at basically the beginning of the spring and summer outdoors season.”

Also changed is the show’s move away from highlighting the sale of existing units, which was the primary focus of the former Louisville show, to a focus on what new and exciting innovations manufacturers have in store for the industry.

“So the focus is going to be on what’s new, what’s interesting, and the coming innovations within the RV industry,” Broom said. “There are going to be 280 units on display there, and the focus, is definitely going to be on things that are new, various concept vehicles, and things that consumers will be buying in the summer and next year.”

In addition, the RVIA is hoping to use the new RVX show as a platform to kick off a major camping season marketing/communications campaign designed to position the RV industry as a key player in the outdoor adventure market.

The RVIA plans for RVX is to rotate the show between Salt Lake City, San Antonio, and Indianapolis, rather than keeping it at the same location year after year, as had been done with the Louisville show.

Helping to open the show this year will be a completely new event for the RVIA called “The Reveal,” which Broom described as a fast-paced, high-energy event designed around unveiling the industry’s best new RVs chosen from nine separate categories by a consumer-focused panel. Those categories include: Family-Friendly RVs; Outdoor Adventurer; Van Life; City Escape; Destination Camping; Team Tailgate; Sustainability; Luxury Living; and On the Horizon.

It’s going to be hosted by Rutledge Wood of the Speed Channel and NBC. He does NASCAR racing and he’s an RVer himself. There will be nine different RVs that the judges selected as the ones they wanted to show the audience.

Newmar recently announced that it will unveil its first Super C model at RVX. The manufacturer reported that the unit has been in research and development for the past two years. The new 2020 Super Star will be live-streamed from the Newmar display.

The Super C RV will feature both a full air-ride cab and a full-wall slide-out.

Also poised to be a show highlight, the RV Technical Institute will present the Top Tech Challenge which will pit some of the best service technicians in the country against each other in a live competition to diagnose RV service issues the fastest. The overall goal of the event is to highlight the industry-wide need for bringing in more qualified technicians.

The RV Industry Association is the national trade association representing RV manufacturers and their component parts suppliers who together build more than 98 percent of all RVs produced in the U.S., and approximately 60 percent of RVs produced worldwide.

We chose an RV and RV lifestyle that’s right for us.