In Phoenix for Spring Training! Spend some downtime exploring the Arizona outfield with these incredible day trips. 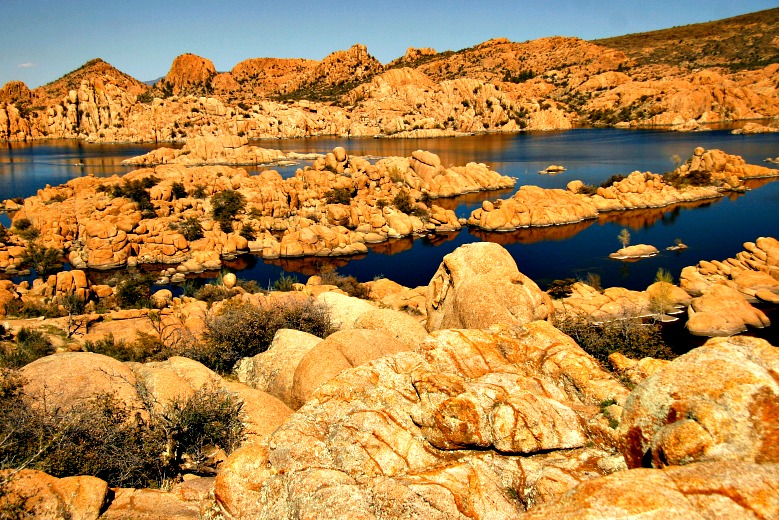 If you’ve come to Phoenix for spring training, or simply to escape the winter, you may not have thought about exploring the rest of Arizona.

If you return home after seeing seven games in seven days, but nothing of Arizona you’ll regret it. Maybe not today, maybe not tomorrow, but soon, and for the rest of the season!

But even the most diehard of spectators will find pockets of downtime. So it’d be a big swing and miss if you didn’t sneak off and explore the surrounding area: Seriously, the unreal landscapes, cultural riches, and award-winning eats add up to a stellar bonus vacation.

Here are some of Arizona’s can’t-miss destinations, and what you can do there in just a day.

Back in the day, men went where the precious ore was, no matter how precarious the landscape. Today, Jerome still clings for dear life to Cleopatra Hill, having successfully transitioned from mining town to tourist-friendly destination with restaurants, galleries and, best of all, a great view at every hairpin turn.

Must see: Imagine a dark and stormy night where a bolt of lightning illuminates a large building looming over a small town! That’s the Jerome Grand Hotel, a former hospital now home to guests (and a few spirits, if legends are to be believed).

Cliched tourist activity actually worth doing: Jerome is supposedly among Arizona’s most haunted towns (its largest public venue is called Spook Hall). Take a tour and learn all about those who are living the afterlife.

Insider tip: One of the best views also comes with a burger and a beer. Head to Haunted Hamburger and take a seat on the back porch.

How much time to allot: It’s a four-hour round trip, so six hours should do (seven if you eat, eight if you take a ghost tour).

If Arizona has a classic small town, this is it. From historic bars and hotels to a downtown centered round a formidable courthouse, Prescott is a casting agent’s dream with it comes to finding a charming village.

Must see: Stroll along Whiskey Row (Montezuma Street), which earned its moniker at the turn of the 20th century. There may be fewer bars, but the historic charm remains, particularly at the Palace Restaurant and Saloon. In July 1900, as flames approached in a massive fire that would destroy much of Prescott, patrons dragged the bar to safety, and then returned for the liquor.

Cliched tourist activity actually worth doing: As you enter the Palace Saloon and smile at workers in 1880s costumes, belly up to the historic bar and order a shot of whiskey, as countless cowboys have done.

Insider tip: Duck into Matt’s Saloon and see if you can find the photo of Bruce Springsteen. The bartenders have an interesting tale of how The Boss stopped by September 29, 1989, and left a huge tip for a server in need.

How much time to allot: Six hours. Half of that time will be spent driving there and back.

Long ago this once-sleepy town was regarded as the gateway to, well, just about anywhere else. But thanks to its thriving wine scene and quaint Old Town packed with tasting rooms, Cottonwood has become the darling of the wine set.

Must see (and drink): The best wine tour in the area is right along Main Street. Five winery tasting rooms are within a block of one another. Each offers unique, locally made wines. You may be surprised how well “Arizona” and “fine wines” go together.

Cliched tourist activity actually worth doing: Climb aboard a steed (well, a very gentle horse) for a ride along the Verde River in Dead Horse Ranch State Park. It is best if you experience this authentic old-west trek before you hit the tasting rooms.

Insider tip: If you have a designated driver (or you can pace yourself) take a ride to sample the offerings of nearby winemakers. Page Springs Cellars and Alcantara Vineyards have indoor and outdoor seating with views of the vines. The Southwest Wine Center, in a sleek, modern space on the Yavapai College campus, pours wines made entirely by students, right down to the labels.

How much time to allot: That depends. Are you drinking and driving? Stay overnight. If you’re bringing along a designated driver, plan on seven or eight hours. With a 3½-hour round-trip drive, you’ll have plenty of time to sample all your favorite vintages.