A guide to the best, the famous, and the lesser-known national parks and monuments in the Grand Canyon State 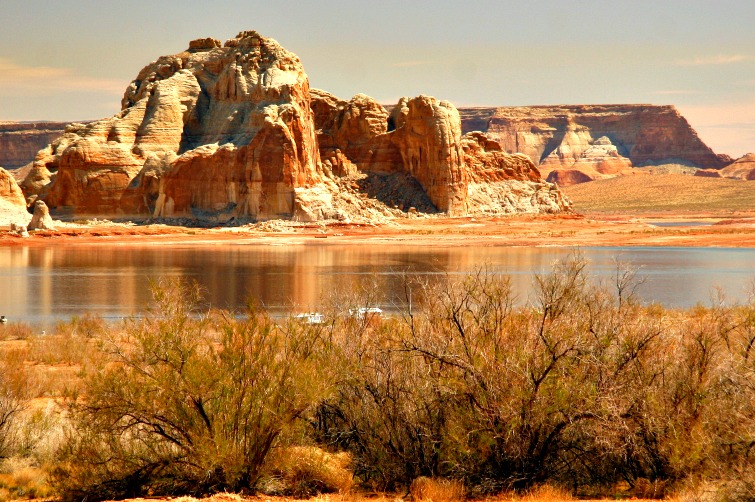 Arizona’s nickname may be the Grand Canyon State, and that namesake national park may draw more than six million visitors a year and rank as the second most popular in the country. But the canyon is just one of many natural wonders in a state unusually rich in them. In fact, with petrified forests, volcanic cinder cones, saguaro-studded deserts, and Anasazi cliff dwellings, no state in the country can boast as many National Park Service sites as Arizona.

The unwaveringly sunny weather makes an outdoor lifestyle possible year-round. From alpine forests to saguaro-framed sunsets, the landscape is inescapable in Arizona—and the Grand Canyon is just the beginning.

Here, a guide to 10 of the best, both the world-famous and not yet acclaimed.

Why: It’s one of the natural wonders of the world

At 277 miles long, the Grand Canyon lives up to its name; it’s the biggest canyon in the United States and one of the largest in the world. Numbers don’t do the place justice—its sheer size is awe-inspiring, but it’s also a stunning record of time.

Why: There aren’t many places you can reach out and touch 225-million-year-old fossilized trees

Most visitors to Petrified Forest National Park come to see the ancient tree trunks—and they’re quite a sight: Over time, the huge logs turned to solid, sparkling quartz in a rainbow of colors—the yellow of citrine, the purple of amethyst, the red-brown of jasper. This mineral-tinted landscape also boasts painted deserts and striated canyons.

Why: See the tallest and oldest saguaro cacti in the country

A symbol of the West the majestic saguaro can live 250 years and reach heights of 50 to 60 feet, growing so slowly that a 10-year-old plant might be a mere two inches in height. Saguaro National Park is divided into two units, one on either side of Tucson.

Why: It’s one of world’s most sacred places

First settled by the Ancestral Puebloans around 2,500 B.C., this labyrinth of three narrow canyons known collectively as Canyon de Chelly has sheltered indigenous peoples for nearly 5,000 years. Don’t miss the staggeringly tall spire known as Spider Rock; it rises 830 feet from the canyon floor and, in Navajo legend, is the home of Spider Woman

Why: The only organ pipe cacti in the US are found here

Crazy symphonies of prickly arms—nowhere else in the United States can you find these unique living sculptures, Unlike their more well-known Saguaro cousins, Organ Pipe cacti branch out from ground-level.

Why: You’ve seen it in movies, and it’s much better in person

There is no landscape in the United States as associated with the Wild West as Monument Valley. Time your visit to experience both sunset and sunrise here and you’ll take some of the most vivid photos of your life.

Why: Explore a magical landscape of sculpted rock

Chiricahua National Monument’s two unofficial names, the Wonderland of Rocks and the Land of Standing Up Rocks, tell you all you need to know about why it’s become one of southern Arizona’s most popular hiking destinations.

Why: It’s one of the continent’s largest and best-preserved cliff dwellings

Considered one of the best-preserved cliff dwellings in North America, Montezuma Castle is carved into a cliff 1,500 feet above the ground and featuring more than 20 rooms constructed in multiple stories

This small national monument contains a well-preserved four-storey building dating from the Hohokam period of the fourteenth century. It is situated in the flat plain of central Arizona in between the Gila and Santa Cruz rivers just north of Coolidge.

In the Coronado National Forest bordering Mexico, Coronado National Memorial celebrates the achievements of Francisco Vásquez de Coronado, who led the first recorded European expedition to America, in 1540. The attraction for most visitors is the rugged and scenic terrain, which is crossed by several hiking trails.

Lake Powell is the second largest man-made lake in the US and without doubt the most scenic, stretching 186 miles across the red rock desert from Page, Arizona to Hite, Utah. The lake is surrounded by red rock wilderness, crossed by numerous narrow canyons, and it offers endless possibilities for exploration, both on land and on water.