The community of Globe-Miami is rich in copper, culture, and a pleasant climate 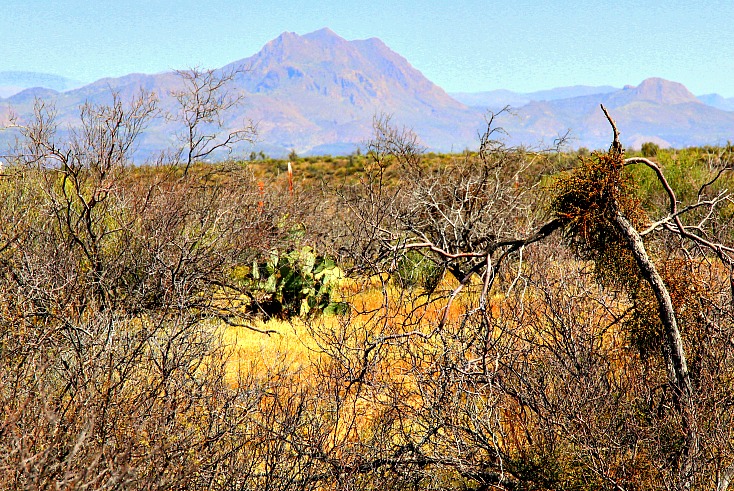 In the middle of the 32,000 acres that are the Salt River Canyon Wilderness, U.S. Route 60 is a narrow ribbon buckling through the harsh terrain.

By starting in Apache Junction you’ll traverse the 1,200-foot-long Queen Creek Tunnel cutting through the mountain at a 6 percent upward grade. Now you’ll climb 4,000 feet via tight bends, S-curves, and the three consecutive switchbacks plunging into the canyon. The highway twists through the Tonto National Forest with views of the Superstition Mountains.

The community of Globe-Miami is rich in copper, culture, and a pleasant climate. Globe was named from the legend of a 50-pound “globe” shaped silver nugget. Numerous antique shops and art galleries are situated in historic downtown Globe. Located in the foothills of the Pinal Mountains at an elevation of 3,500 feet, Globe-Miami enjoys cooler summers than its metropolitan neighbors while still having sunny, pleasant winters.

There is much to see and experience, as the area’s mining history, Old West traditions, and Native American culture offer a wide-ranging Southwestern experience. The historic downtowns, copper mining, the neighboring San Carlos Apache Reservation, and abundant outdoor recreation throughout the Tonto National Forest combine to make Globe-Miami much more than the sleepy community many expect to find. Mining still holds a significant role in the local economy, along with tourism.

The Cobre Valley Center for the Arts is located in the landmark former Gila County Courthouse of 1906 at the heart of Globe’s historic downtown district. Since 1984, this non-profit entity has been restoring and rejuvenating this architectural treasure, while presenting regional artists, community theater, and dance and music academies. The Center is located at the corner of Broad and Oak Streets.

One mile south of Globe stands the ruins of the ancient Salado people who occupied the site nearly 800 years ago. This ancient village is known today as Besh Ba Gowah. The term was originally given by the Apaches to the early settlement of Globe. Roughly translated, the term means “Place of Metal.”

Besh Ba Gowah Archaeological Park and Museum offers visitors a chance to explore the ruins of this relatively advanced culture, a museum which houses a large collection of Salado pottery and artifacts, botanical gardens, and a gift shop. The adjacent Ethno-Botanical Garden illustrates native Arizona plants that were used in their daily lives.

Located at the confluence of Pinal Creek and Ice House Canyon Wash, Besh-Ba-Gowah Pueblo has one of the largest single site archaeological collections in the southwest and is one of the most significant finds of Southwest archaeology.

Archaeologists consider Besh-Ba-Gowah a ceremonial, redistribution, and food storage complex. Salado Culture is identified as the cultural period from 1150 to 1450 in the Tonto Basin.

Visitors walk through a 700-year-old Salado Culture pueblo, climb ladders to second story rooms, and view the typical furnishings of the era.

Besh-Ba-Gowah had about 400 rooms, of these about 250 were ground floor rooms. Entrance to the pueblo was via a long narrow ground level corridor covered by the second level. The corridor opened onto the main plaza. This may have had a defensive purpose.

The present day interpretive trail uses plaques to inform the visitor. It begins with the ancient entrance way to the main plaza. The main plaza measures 40 x 88 feet. About 150 elaborate burials were placed under the plaza. Hereditary high status is suspected from burial evidence in the plaza. The ruins had very few doors. Room access was by roof hatchways with ladders. Several reconstructed rooms with prehistoric contents are featured.

The San Carlos Apache Reservation is located 12 miles east of Globe-Miami on U.S. Highway 70. Throughout this beautiful land you will find rich Apache culture, hunting and fishing opportunities, as well as other recreational delights. A tribal land permit is required for activities on tribal lands.

Peridot Mesa, about 20 minutes east of Globe, is one of Arizona’s hot spots for wildflower viewing and one of the very first places in the state to kick off the spring wildflower season.