The Old Pueblo has attracted visitors for centuries 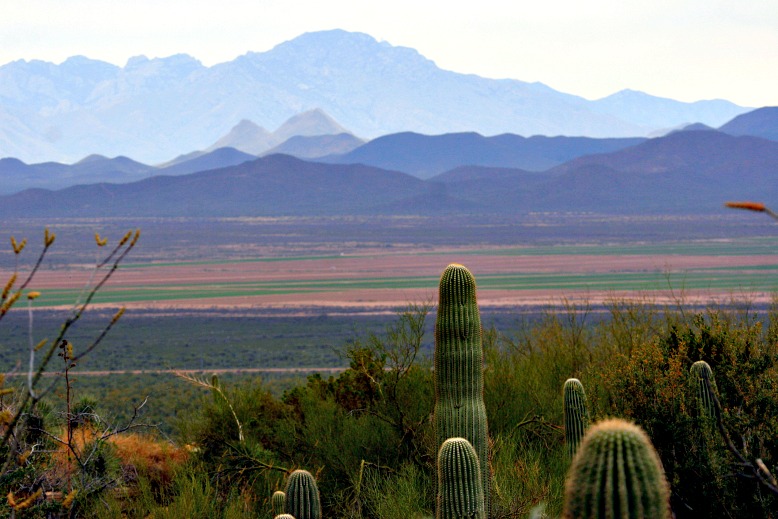 First occupied by ancient Paleo-Indians as far back as 12,000 years ago, Tucson, known as the Old Pueblo, is one of the oldest continuously inhabited cities in America.

The ancients were followed by the Hohokam, then the Pima and Tohono ‘O’odham tribes. Next came the Spanish in search of gold. Missionaries followed in the early 1600s in search of natives to convert to Christianity.

Tucson dates its official beginning to 1775 when an Irishman named Hugh O’Connor established the Presidio de San Agustin near present-day downtown Tucson. And then in 1854, the Gadsden Purchase brought Tucson under the jurisdiction of the United States.

Today, snowbirds flock to Tucson. In late fall, when cold weather begins to settle across most of the nation, RVs in all sizes and vintages roll into Tucson. Drawn by the warm winter sun and the beautiful Sonoran Desert, these snowbirds become an active and vital part of the Tucson culture.

Tucson is diverse in its geography as well as its history. While the area is well-known for its abundant saguaro cacti, a drive to the top of nearby Mount Lemmon offers a snow-covered peak with a pine forest and the southernmost ski area in the U.S.

Having visited Tucson on numerous occasions, we have set up camp at a variety of area RV parks and campgrounds that include Tucson Lazydays KOA, Valley of the Sun RV Resort, Desert Trails RV Park, Catalina State Park, and Mission View RV Resort.

The giant saguaro cacti grows nowhere else. Growing very slowly, it may take 50 years or more for branching to begin. These symbols of the Southwest have lent their name to Saguaro National Park, its two units bracketing Tucson on the east and the west.

North of Saguaro Park’s East Unit and part of Coronado National Forest, Sabino Canyon is a popular recreation area. Carved into the Santa Catalina Mountains by its namesake stream, the canyon is a desert oasis supporting riparian habitat including willow, ash, oak, and Arizona sycamore. A paved road runs 3.8 miles into the canyon, crossing nine stone bridges over Sabino Creek. It begins at an altitude of 2,800 feet and rises to 3,300 feet at its end.

Sabino Canyon Tours offers two tram routes that provide access to Sabino and Bear Canyons. Along both routes riders are free to get off at any of the stops along the way. Sabino Canyon tram is a narrated, educational 45-minute, 3.8 mile tour into the foothills of the Santa Catalina Mountains. The trams have nine stops along the tour with several restroom facilities and picnic grounds located near Sabino Creek

Plenty of cowboys can be found at Old Tucson Studios. John Wayne and Clint Eastwood are among the Hollywood legends who starred in some of the 300-plus movies and TV projects that have been filmed at Old Tucson since 1939. Today it’s a movie studio and theme park.

The Arizona-Sonora Desert Museum is just a few miles past Old Tucson. “Museum” is a bit of a misnomer; it’s as much zoo and botanical garden as it is natural history museum. About 85 percent of the museum is outdoors, with exhibits re-creating the natural landscape. Native plants and animals, including American black bears, mountain lions and endangered Mexican wolves, roam in enclosed desert habitats. The Earth Sciences Center houses a fascinating collection of minerals from the Sonoran Desert region of Arizona, Sonora and Baja, California. The cool air in the center’s artificial cave offers a welcome respite from the warm desert temperatures.

Mission San Xavier del Bac, also known as the White Dove of the Desert, is a magnificent building that blends Moorish, Byzantine, and late Mexican Renaissance architecture. In 1692 Father Kino, a Jesuit missionary, came to the area. Eight years later he laid the foundation for the first church. The current church, completed in 1797, serves an active parish. Standing in the plaza, I could imagine generations of baptisms, marriages, and funerals being performed there.

Newcomers to Arizona are often struck by Desert Fever.

Desert Fever is caused by the spectacular natural beauty and serenity of the area.

Early symptoms include a burning desire to make plans for the next trip “south”.

There is no apparent cure for snowbirds.