If you love history, beautiful scenery, and small towns, Gold Country is a trip worth taking 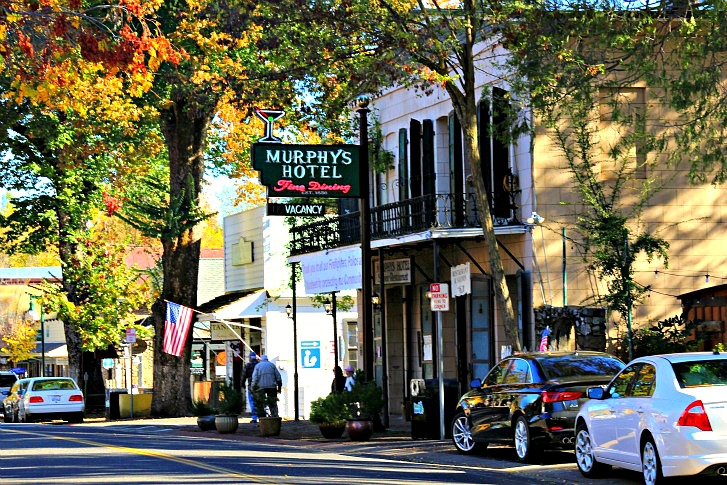 Nestled against the western slope of the Sierra Nevada the foothills offer outdoor adventure, farm-fresh produce, and relaxed wineries.

On January 24, 1848, James W. Marshall, a carpenter from New Jersey, picked up a few shining flecks of gold in the tailrace of the sawmill he and John Sutter were constructing on the South Fork of the American River in the valley the Nisenan Indians knew as Cullumah.

The discovery of gold was truly “dumb luck.” John Sutter and James Marshall started out as partners in the lumber business. In the fall of 1847, construction began on a sawmill, and by early 1848, it was ready to be tested. However, the tailrace, which carried water away from the mill was too shallow, and had to be deepened so the water would not back up and prevent the mill wheel from turning. It was during his inspection of the watercourse that Marshall found the shiny flecks. Four days later, the sample was confirmed to be real gold.

By May 1848, San Francisco was reported to be “half empty” as every able-bodied man—doctors, lawyers, gamblers, merchants, miner, and more—headed for Coloma. A great number of Oregon Trail pioneers now had a good reason to head south. News also spread around the world. Many Chinese workers were lured to California, too, by the promise of gold.

The “easy” placer gold at Coloma played out within the first 10 years, sending prospectors into the surrounding hills where many hard rock mines were established.

Soon after the discovery of gold at Sutter’s Mill sparked the California Gold Rush, the small town of Old Dry Diggings sprang up. Later in 1849, the town earned its most common historical name, Hangtown. The name was changed in 1854 when the City of Placerville was incorporated. Placerville was named after the placer deposits found in the river bed.

Other towns followed. One of California’s smallest incorporated cities, with a population of just over 200 residents, Amador City is a little city with a lot to offer. It all started when Jose Marie Amador, a wealthy California rancher found gold outcroppings were discovered on both sides of the creek.

As the “easy” gold was mined out on the upper part of the creek, mining explorations gradually moved. Founded in 1853, the Keystone Mine was the city’s most famous gold mine and a major reason for the town’s growth. It reached a depth of 2,680 feet and before closing in 1942 produced an estimated $24 million in gold.

Jackson, the city that produced more than half the gold pulled from the Mother Lode, home to the deepest mines on the continent, the Argonaut and the Kennedy both in excess of 5,000 feet deep, is the largest city in the historically rich and beautiful wine country of Amador County.

Once the richest mining area in the Mother Lode, today Jackson’s main industry is tourism.

Founded in 1848, Moke Hill, as the locals called Mokelumne Hill, was among the richest of the digs. Claims in some areas were confined to sixteen square feet and many fortunes were made. It was the county seat in the early days and, although it held no exclusive rights, it was known as one of the most violent, bawdy towns in the Mother Lode.

Several good strikes were made by early miners at Angels Camp. The source of gold played out quickly but hard rock mining kept the gold industry flourishing in Angels until recently. The town is honeycombed with tunnels from the many successful mines.

Most of the 49ers never intended to remain in California permanently. Most meant to seek their fortune and return to wherever they called home. But many sent for their families and stayed, causing a culturally diverse population to grow rapidly between 1848 and 1852.

Over the next 50 years, roughly 125 million ounces of gold was taken from the hills in the California Gold Country.