If you’re dreaming of where to travel to experience it all, here are our picks for the best places to RV in May 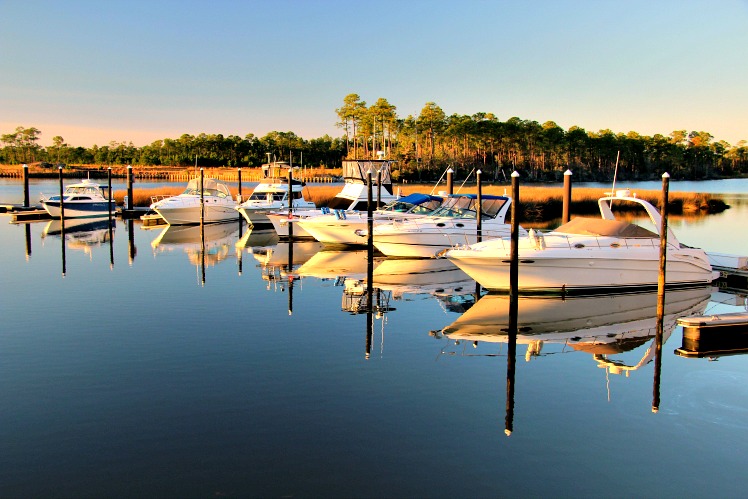 May is like the Friday of months. No, you’re not quite to summer yet, but already people are making vacation plans, and generally slowing down after a nose-to-the-grindstone winter and spring. It’s the kickoff of fun season, when amusement parks open and beach town parking lots start filling up.

But it’s only the cusp of Summer, and you’ll find many destinations are still relatively empty and affordable—and some places really make the most of the pre-summer anticipation. So both at home and abroad, here are five spots you should absolutely check out for your May travels.

Before the summer crowds take over the glorious beaches of Alabama’s Gulf Coast, there’s this little beach concert in Gulf Shores called the Hangout Music Festival the weekend before Memorial Day.

Up the road in Montgomery, the most underrated city in Alabama opened the Legacy Museum in April 2018. Housed in an old slave warehouse, the museum chronicles the African-American experience “from slavery to mass incarceration,” in the museum’s words. It’s a chilling look at the history of black America.

OK, it’s no big secret that the only horse race most people can name happens in May. And it’s also no secret the Kentucky Derby is the only thing most people can tell you about Louisville. So maybe if you’re making your way to Churchill Downs on the first Saturday in May, you should also take some time to check out other stuff the city has to offer.

Try some of the legendary restaurants in the city, or head to the East Market District of Downtown, also referred to as NuLu (New Louisville) neighborhood that is becoming known for unique art galleries, specialty stores, antique shops, and a growing number of local restaurants. On the first Friday of the month, hop aboard a ZeroBus for the First Friday Hop. It’s an all-in-one art show, shopping adventure, and street party.

Need a sugar fix while you’re out shopping? Head over to Please & Thank You, home of what’s touted as the world’s best chocolate chip cookie. The café and record shop sells coffee, sweets, sandwiches, and more. Enjoy a cup of java as you peruse the vinyl record selection.

Then there’s the nearby Kentucky Bourbon Trail, full of nearly a dozen distilleries with names like Jim Beam, Makers Mark, and Evan Williams.

If you’re in town for the Derby you don’t even need to attend the race to have fun. This is, after all, one of the biggest party weekends in any city all year.

Southeastern Arizona’s Mule Mountains provide out-of-towners the freedom to set out on cactus-dotted hiking trails and discover old copper mines. The thrill of discovery, peaks when happening upon Bisbee, a mining-town-turned-arts-colony tucked into the desert.

Explore Old Bisbee for a history lesson and museum tour as you travel on foot up Main Street to Tombstone Canyon. Next, browse the countless art galleries, studios, and bungalow-style houses that pepper the Warren District. Stop at Mimosa Market, a 100-year-old neighborhood grocer that has mastered the craft of sandwich making. Spend the night at an eccentric sleeping habitat, perhaps a retro Airstream or vintage bus at The Shady Dell Vintage Trailer Court.

Just a two hour drive from Charleston, stately Columbia has plenty going on in spring, from weekly markets to kayaking on the Saludia River. An interesting time to visit is late May to early June, when a rare viewing of synchronous fireflies turns nearby Congaree National Park into a scene from Disney’s Fantasia, causing the swamps to glow with thousands of tiny humming insects. The fireflies in Congaree will blink in unison on evenings with the right weather conditions. Best of all, the action happens less than a quarter mile from the parking lot, so you won’t have to battle a two-hour hike to witness the breathtaking light show.

And, then visit the Jamestown settlement and Yorktown battleground for a full historical experience.

Remember, don’t sweat the small stuff. Life’s too short, and the older I get, the shorter it gets. So, just enjoy your life, do the best you can, live according to the Golden Rule and LIVE, LOVE & LAUGH!