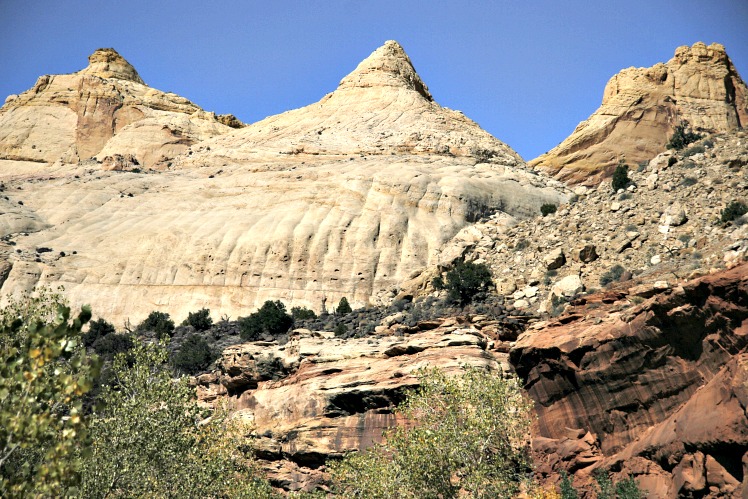 National parks comprise an inventory of beauty, wilderness, history, culture, wildlife, landmarks, and memorials extending from the Arctic to the tropics.

The 418-unit-strong system includes the famous “named” national parks as well as national seashores and battlefields, lakeshores and memorials, monuments and recreation areas. It’s a vast collection that contains sites you’ve probably never heard of. And even within those well-known units are unusual phenomena that are, well, phenomenal. Here’s a brief look at some lesser-known park wonders.

The National Park Service doesn’t normally glorify graffiti, but when the taggings date from 1605, they merit attention. In New Mexico, a hunk of sandstone known as El Morro National Monument rises above a permanent pool of water in the sere high desert west of Grants. The monolith has long served as a landmark signifying the presence of reliable water, and over the centuries travelers have welcomed its hulking sight.

Spanish conquerors, U.S. Army soldiers, and Union Pacific Railway surveyors all paused to dip a canteen here—and to etch into the sandstone a permanent record of their sojourn. More than 2,000 signatures and aphorisms are carved into the rock, some flamboyant, others as terse as gravestone inscriptions.

The park’s signature volcano, Lassen Peak, last blew its top in May 1914, and its volcanic outbursts continued for three years. Today, things have settled down, and trails and overlooks let you safely see and learn about volcanic activity. Plus, there are miles of lush forests and sparkling lakes to explore too.

A fun and overlooked feature of Capitol Reef National Park is that it contains orchards where, during the appropriate season, you can harvest fruit. Late in the 19th century, Mormon families sought refuge in the shadow of southern Utah’s Capitol Reef, so named because settlers thought one of its daunting reef-like cliffs, capped by eroded sandstone, resembled the U.S. Capitol.

For 50 years they tended livestock and planted groves of peaches, pears, apricots, cherries and apples in their small, aptly named community of Fruita. The Mormons left, and all that remains of their settlement is a one-room schoolhouse and the orchards. Today, visitors to Capitol Reef can pick the fruit from these same trees.

North Dakota, when not being depicted as bland and uninspired, is generally cast in a bad light. Whether it’s fiction or real life, the spotlight’s seldom kind to NoDak.

But there’s also a place where the buffalo roam, and that place is Theodore Roosevelt National Park. The austere landscape is home to a surprisingly dense population of wildlife. Bison, pronghorn antelope, elk, white-tailed and mule deer, wild horses, and bighorn sheep inhabit the park, as do numerous smaller mammals, amphibians, and reptiles.

If you don’t like spiders and snakes, you ain’t got what it takes to love swamp canoeing in Congaree National Park in South Carolina, home to no fewer than 31 species of spiders and 25 species of snakes, four of them poisonous—and many of them more aquatic than you are. Watch for brown water snakes and venomous cottonmouths up to 48 inches long. Swimming in Congaree is not highly recommended.