The future could include roads with robotic cars and drones 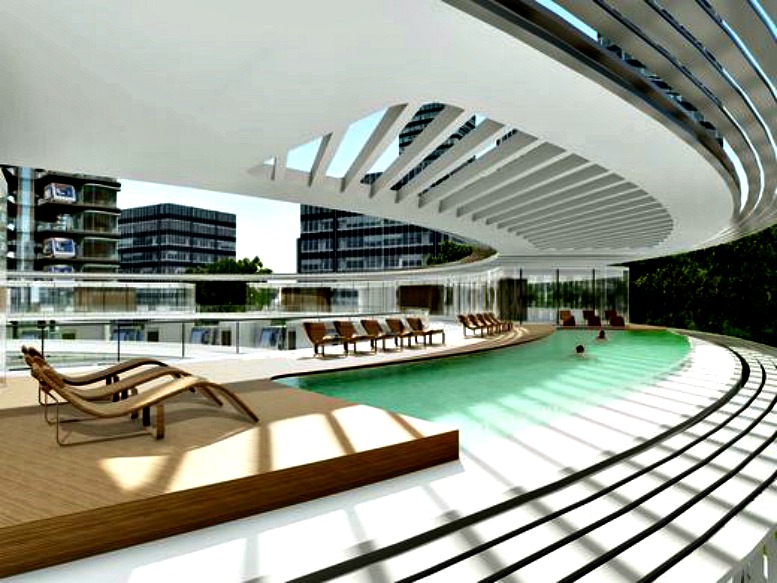 Imagine taking a road trip and never having to stop for a food or bathroom break.

Sounds like travel by RV, but with a new twist.

Steve Lee, a designer at Toronto-based Aprilli Design Studio, has come up with an idea that could make it happen: The Autonomous Travel Suite.

Think of it as a hotel room on wheels. The driverless mobile suite would have a sleeping area with mattresses, washroom facilities with a toilet and sitting shower, a space for working or entertaining, and a small kitchen. It could fit up to five people.

“It’s basically a hotel room so it has everything inside it,” he says. “Whether its six hours or 10 hours, you’ll feel comfortable inside it.”

Does the idea sound far-fetched? Driverless cars have already been tested on the streets of some U.S. cities and in London.

Lee predicts his Autonomous Travel Suite could be on the road by 2030. The battery-powered vehicle would pick up travelers at home and take them to their destinations. It could travel up to 10 hours.

It would take the place of domestic flights or train travel, eliminating the need to commute to the airport or train station and go through the check-in and security process. Lee says the suite would operate as a rental car and a hotel room, providing more flexibility, privacy, and comfort.

It would also cut costs, he says. The rental price of the suite would be far less than the cost of all the combined travel services.

And unlike traveling by car, passengers can work, sleep, or play rather than concentrate on driving.

“It means basically we’re going to gain a lot of time on the road,” he says.

Clayton Reid, CEO of MMGY Global, a travel marketing organization, says tapping into U.S. travelers’ love of road trips makes sense. But he does not see how the Autonomous Travel Suite is much different from RVs.

“I don’t know that the concept of a large vehicle that moves people in comfort is anything new,” he says.

Even the driverless feature may not be unique, he says.

“Autonomous automobiles are coming in every way, shape, and form.”

Kurt Stahura, dean of the College of Hospitality and Tourism Management at Niagara University, does believe the idea is creative but raises questions about its feasibility.

“That technology has not been perfected yet,” he says.

“A lot has to be in place for this to work and it might be even out of their control in terms of what the technology on the roads allows for.”

Lee envisions travelers ordering the Autonomous Travel Suite  through an online app, specifying the destinations and desired services. The Autonomous Interface would then analyze the best routes.

For longer trips, Lee envisions developing an Autonomous Hotel Chain, a network of hotel facilities that would offer stationary parent units and amenities such as fitness centers, spas, pools, and meeting rooms. He believes major hotel companies such as Marriott International and Hilton would be able to build the infrastructure at their properties to accommodate the suites.

“The existing hotels can continue to update their facilities to fit the needs for autonomous vehicles,” he says.

But, “eventually it would be great if there’s a dedicated brand for it where everything is designed around it.”

Would I exchange the comfort of my motor coach for a mobile hotel room? I think not!

My diesel pusher gives me greater flexibility and luxury and enjoyment of the RV lifestyle.

But do not ask me where I am heading,

As I travel in this limitless world

Where every step I take is my home.