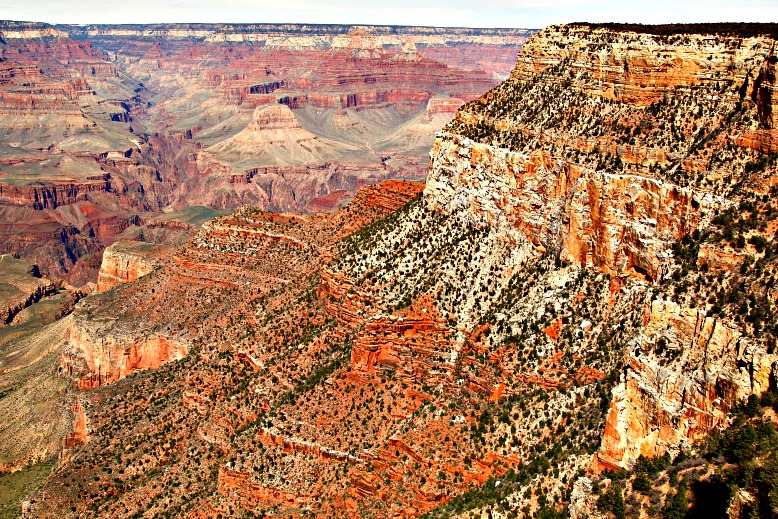 The national parks system is arguably the best idea America ever had. More than 300 million people visit every year, pouring over $35 billion into the national economy.

Many parks offer free entrance days—for some, every single day is a free entrance day—and if you want to go all out, an $80 annual pass gets you unlimited access to all the national parks for the entire year.

But which parks to visit? There are currently a whopping 60 national parks in America. To help narrow the playing field, we have thusly ranked what are, per to National Parks Service’s 2017 data, the 25 most-visited.

Now, it should be noted that the least-visited national parks are often the least-visited not because they are uncool, but because they are geographically inconvenient for most visitors to reach (like Virgin Islands National Park or Alaska’s Gates of the Arctic). By the same token, Great Smoky Mountains National Park wins “most-visited” year after year on a technicality (basically, people drive through it a lot just to get from Point A to Point B).

But while it is widely known that there is nothing bloggers love more than to put things in numerical order according to how good they are, I don’t love it enough to do 60 things or even 25 things. I will be doing 10 things.

Did we rank the parks according their uniqueness, or photogenicness, or diversity of flora and fauna, or for the level of adventure contained therein? Yes. We ranked them according to which ones are the best. Let’s begin.

Canyonlands, near Moab, has always been upstaged by its more famous neighbors, Grand Canyon to the south and Arches to the north; and yet it merits a visit just as much as they do. Ancient waters and relentless winds have carved intricate canyons, pillars, stairs, and narrow paths through the sandstone, creating a stunning park that’s best explored on foot or bicycle. There are very few paved roads throughout the park’s 527 square miles.

Lassen Volcanic is one of few locations on Earth where you can see all four types of volcanoes—plug dome, shield, cinder, and cone. While Lassen Peak is the most famous, as well as the dominant feature in the park, there are numerous other—literally—hotspots to explore including mud pots, stinking fumaroles, and hot springs.

The iconic Pioneer Cabin Tree is no more, but we’ve still got General Sherman—the biggest tree in the world, weighing in at 275 feet tall and 60 feet wide. We’ve also got the underground stalactites and stalagmites of the Crystal Cave system. This is a park where you go to be fully immersed in nature; most of it isn’t accessible by car.

The Clingman’s Dome observatory tower offers truly incredible panoramic views of the whole mountain range and to really cap things off you can pick your fill of wild strawberries, blueberries, and blackberries while you’re hiking around.

Zion is a perennial favorite. Backcountry hikers and climbers come here for The Subway, a nine-plus-mile hike that can involve rappelling, depending on which direction you try to tackle it from. The slot canyons here, set off by rust-red rocks and waterfalls (don’t miss Weeping Rock) are undeniably iconic, and Angel’s Landing is a great underrated hike.

One of the most beautiful places in America, this park contains a massive collection of naturally formed amphitheatres and spire-shaped features called hoodoos that are some of the most distinct-looking geological features you’ll ever see in your life.

Joshua Tree become more beloved every year. Climbers enjoy the wide variety of rock faces available to them here. The dry, arid desert is notably home to 501 archaeological sites and camping among the rugged geological features and famously twisted Joshua Trees—to say nothing of the stargazing—is something everyone should do at least once.

Most of the meager attention that gets paid to Capitol Reef—it’s competing with four other national parks in the state of Utah alone—revolves around the Waterpocket Fold, a unique 100-mile-long wrinkle in the Earth’s crust. But you don’t have to be a geology nerd to enjoy what this park has to offer.

Thanks to millions of years of sandstone erosion, we’re blessed with the beauty that is the Arches National Park. There are over 2,000 natural stone arches in this 119-square mile park, the most famous being the 65-foot Delicate Arch.

Truly a sight beyond words, the Grand Canyon should be on every RVer’s bucket list. You can’t describe in words what takes your breath away with each view.