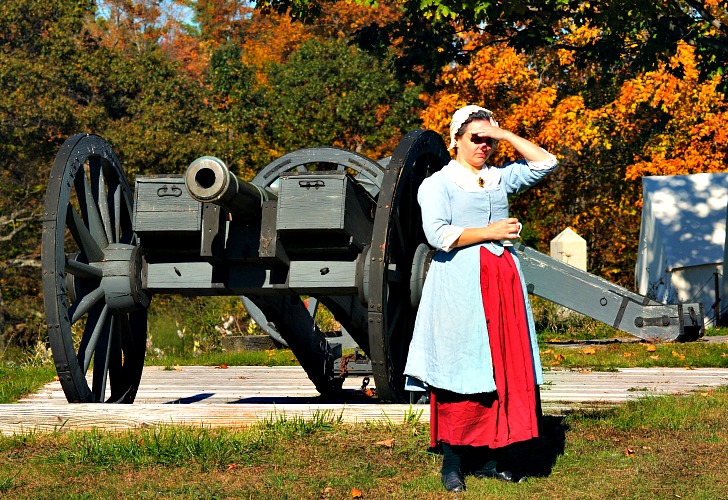 But how many would recall places such as Cowpens and Guildford Courthouse as significant locations during America’s national history?

As we remember those who gave their lives for our freedom, take time this Memorial Day holiday to commemorate the sacrifices made for a revolutionary idea. Explore some of these lesser-known, but profoundly significant, landmarks that witnessed the beginning of a new nation.

Dig a little deeper into American history and you will find a wealth of other national parks and programs throughout the U. S. that are equally exciting. This Memorial Day, take a moment to learn more about the incredible men and women who have fought for and supported America throughout its history.

From the soldiers that fought in the French and Indian War to the men and women who sacrificed their lives on Flight 93, Memorial Day is a time to revisit the stories of those who gave their life for freedom and remember the significance of their actions.

The National Park Service has the honor of preserving battlefields, military parks, and historic sites that commemorate and honor the service of American veterans.

Fought from 1775 through 1783, America’s Revolutionary War resulted in the independence of the United States of America. Battles were fought from Maine to Florida and as far west as Arkansas and Louisiana. Places such as Bunker Hill, Cowpens, and Yorktown entered the American consciousness and lexicon, and are today preserved by the National Park Service, allowing visitors to stand in the spot where the Founding Fathers debated whether to break away from England, or where patriots fought.

Boston had been a thriving city long before the United States itself existed. Founded in the 17th century, Boston has been the center of attention in New England since the colonial period. As the “Cradle of the Revolution”, Boston is full of history like no other city in America. For over 350 years, some of the world’s greatest patriots, writers, thinkers, athletes, and artists have called Boston their home, leaving an indelible mark on this incredible city in the process.

Site of the first significant American military victory during the Revolution, the Battles of Saratoga rank among the fifteen most decisive battles in world history.

Here in 1777 American forces met, defeated, and forced a major British army to surrender, an event which led France to recognize the independence of the United States and enter the war as a decisive military ally of the struggling Americans.

The battle at the “Cow Pens,” one of only a few successful double envelopments in history, is recognized by historians as one of the most important of the American Revolution. Coming on the heels of a patriot victory at nearby Kings Mountain on October 7, 1780, Cowpens was the second successive staggering defeat for British forces under General Charles Cornwallis.

This Memorial Day remember those who fought and died for our freedom.