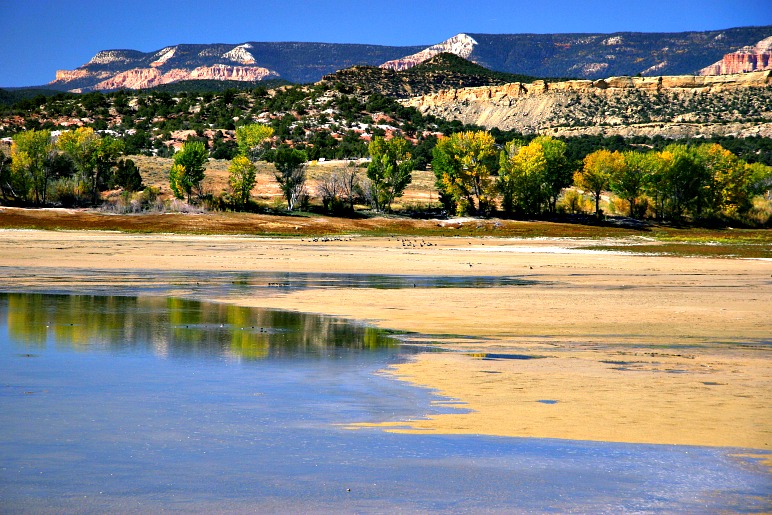 A 121-mile-long All-American Road, Scenic Byway 12 winds and climbs and twists and turns and descends as it snakes its way through memorable landscapes, ranging from the remains of ancient sea beds to one of the world’s highest alpine forests, and from astonishing pink and russet stone turrets to open sagebrush flats.

The history and culture of the area blend together, making Scenic Byway 12 a journey like no other.

Established in 1924, Bryce Canyon National Park is famous for its towering eroding-sandstone pillars called hoodoos. The breathtaking three-mile-wide amphitheater is especially colorful at sunrise and sunset from Bryce and Inspiration points.

Additionally, there are nine communities along Scenic Byway 12, each with a character all its own. Settled by Mormon families who established homes and ranches in the area, the towns proudly display their unique heritage and invite you to visit.

Settled in 1889, Boulder was America’s last town to receive mail by mule (until 1972). The town’s main attraction, the Anasazi State Park Museum, encompasses the ancient ruins of the Coombs archaelogical site. Excavated in 1959, the site’s ruins and exhibits provide an interesting  look into how the Anasazi or ancient ones lived almost a thousand years ago.

Escalante is often called the “Heart of Scenic Byway 12” as it is nestled between the elevated meadows of the Aquarius and Kaiparowits Plateaus and the low desert country surrounding the Escalante Canyons in the middle of the byway.

About two miles northwest of town is Escalante Petrified Forest State Park. A series of short hiking trails leads to groupings of petrified logs, thousand-year-old petroglyphs, and dinosaur bones dating from the Jurassic period. In the center of the park, the Wide Hollow Reservoir offers great canoeing and bass fishing. Camping is available.

Thirty miles west of Escalante, you’ll come to the small town of Cannonville and the Highway 400 turnoff to Kodachrome Basin State Park. The changing warm light on the park’s towering sandstone chimneys prompted the National Geographic Society to name the park Kodachrome in 1949.

What makes Scenic Byway 12 a journey like no other?

The way that nature strings together the best that the Southwest has to offer in high density of scenery, iconic national parks, state parks, museums, and scenic backways.

Mile for mile, few of America’s national scenic byways can compete with the diverse scenery and number of natural attractions along Scenic Byway 12. Recognized as one of the most beautiful drives in America, the byway showcases some of Utah’s uniquely scenic landscape.

When lighted by the morning sun the gorgeous chasm is an immense bowl of lace and filigree work in stone, colored with the white of frost and the pinks of glowing embers. To those who have not forgotten the story books of childhood it suggests a playground for fairies. In another aspect it seems a smoldering inferno where goblins and demons might dwell among flames and embers.