Badlands National Park is one of America’s top destinations for outdoor recreation with camping sites, miles of hiking trails, and striking scenery 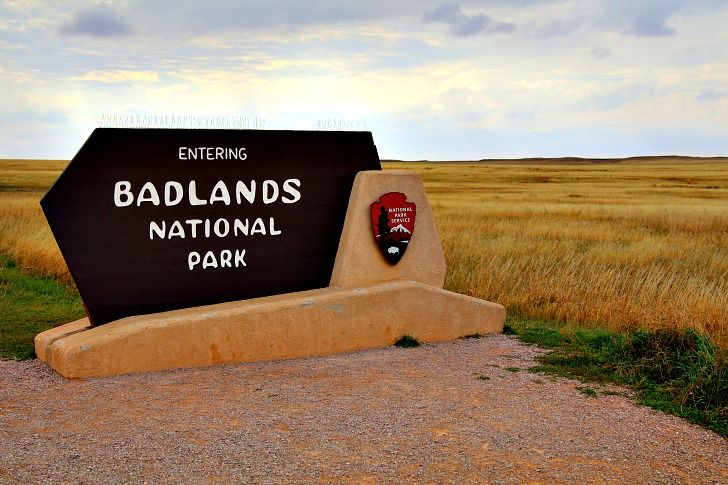 At first blush, Badlands National Park doesn’t sound like the best place to go. After all, it’s called Badlands! For centuries humans have viewed South Dakota’s celebrated Badlands with a mix of dread and fascination.

But these 244,000 acres of otherworldly landscape are gorgeous, with deep canyons, towering pinnacles and spires, buttes, and banded red-and-gray rock formations that transform into a veritable rainbow at the magic hour shortly after sunrise or before sunset. Some describe it as otherworldly, lunar-like, some say desert, the Lakota (Sioux) were the first to call it “bad lands,” or “mako sica.”

The park also protects an expanse of mixed-grass prairie—the largest in the U.S.—where bison, pronghorn antelope, bighorn sheep, mule deer, coyotes, and whole towns of adorable prairie dogs roam. Black-footed ferrets, the most endangered land mammal in North America and a predator of prairie dogs, were reintroduced to the Badlands late in the 20th Century.

Badlands is really a story of ongoing erosion. Every time it rains, more sediment is washed from the buttes. On average, Badlands buttes erode one-third inch each year. Erosion rates suggest they will erode completely in another 500,000 years, giving them a lifetime of one million years.

An array of extinct animals, from enormous to very small, once roamed this area. Some lived in the subtropical forests; others lived in the grasslands that came in the years afterwards. Skeletons of three-toed horses and saber-toothed cats are among the many fossilized species found here.

There is much to see and do at Badlands National Park, but if you have only a short time to spend, begin your visit at the very cool Ben Reifel Visitor Center at the southeastern tip of the Badlands scenic loop, next to Cedar Pass Lodge. While there, pick up a park map, watch the award-winning park video, and tour the exhibits. Visitors can interact with paleontologists that are preparing mammal fossils they’ve found in the park. Ranger-guided programs and hikes are offered.

Next, drive the Badlands Loop Scenic Byway. It would take about one hour to drive the 39-mile loop of South Dakota Highway 240 between the towns of Cactus Flat and Wall without stopping, but almost no one does that.

Breathtaking rock formations and native grasslands filled with numerous species of plants and animals guarantee you’ll want to pause along the route to enjoy the view. There are 16 designated scenic overlooks that make for outstanding photo opportunities.

Stretch your legs along one of the many hiking trails and remember to keep your eyes peeled for wildlife. Buffalo can most often be found along the Sage Creek Rim Road, a gravel spur off the western end of the Badlands Loop Road. Twisting curves climb through passes in the Badlands wall of rugged rock pinnacles, buttes, and mounds.

Experience Badlands National Park overnight and enjoy its breathtaking sunrises and sunsets, colorful flowers, bountiful wildlife, and rugged scenery from one of two campgrounds available in the park: Cedar Pass Campground and Sage Creek Campground. Both campgrounds are open year-round, and camping is limited to 14 days.

Bison often wander through Sage Creek, a primitive campground, located on the west side of the park’s North Unit, near the Badlands Wilderness Area. Access is located off of the Sage Creek Rim Road, an unpaved road that may temporarily close after winter storms and spring rains. The road provides limited turnarounds for large recreational vehicles.

The Badlands became a national monument in 1939. Congress declared it a national park in 1978. Nearly 1 million people visit Badlands National Park each year (996,223 in 2016.