Standing on the South Rim of the Grand Canyon, it’s easy to feel insignificant 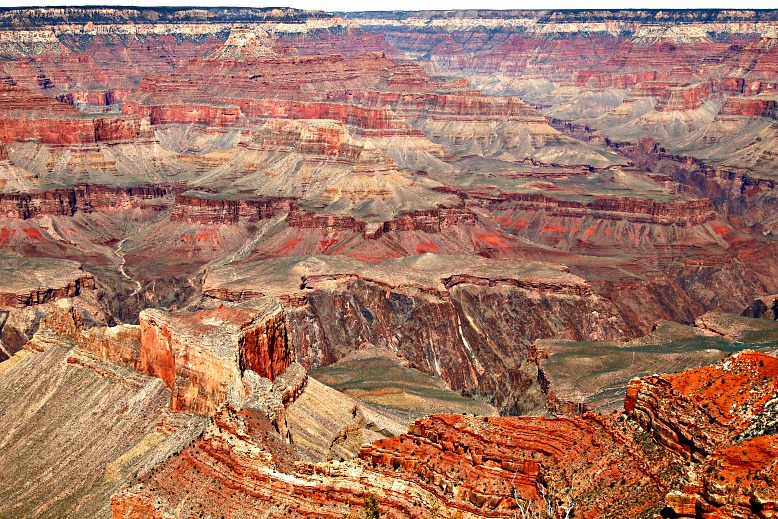 The ancient curves of red rock draw the eye toward the hallowed waterway below. Stunning and ever-changing light bounces off spectacular geologic formations, reflecting the winged shadows of raptors floating overhead.

Earlier this year (February 26, 2019), the US celebrated the 100th anniversary of the designation of one of the world’s greatest natural wonders, the Grand Canyon, as a national park. However, the underpinnings of what would become a national treasure and bucket list destination began to take shape eons ago.

The sheer size of the Grand Canyon is difficult to comprehend through photos or words.  Much of the canyon is over a mile deep, 15 miles wide, and 277 miles long, carved through geologic formations that are over 1.7 billion years old. The vast majority of the Grand Canyon National Park is extremely rugged and remote, and many places are only accessible by pack trail.

The most popular viewpoints, such as the South Rim, are visited by over 90 percent of the park visitors. Roughly 30 miles of the canyon along the South Rim is accessible by the road. The North Rim, about a 220-mile drive from the South Rim, gives access to the Kaibab Plateau and Bright Angel Point.

And then, there is the human history, the stories of those individuals with a pioneer spirit, ingenuity and steadfast commitment that laid the groundwork for how we experience the Canyon today.

The first known Europeans to view the Grand Canyon—a scouting party of the Coronado expedition in 1541—arrived, peered down, attempted to scramble down to the river, failed, and left. Only Native Americans would gaze upon the canyon’s wonders for more than 200 years.

Interest in the canyon and the Colorado River would spike with the classic account of Maj. John Wesley Powell’s harrowing first expedition down the river in 1869, and, 13 years later, the reports of Capt. Clarence Dutton, whose monograph was published by the U.S. Geological Survey.

The exploits of those explorers were accented by the work of illustrators Thomas Moran and William Henry Holmes. Holmes classic set of drawings, including those entitled “Panorama from Point Sublime,” remain to this day some of the great depictions of the Grand Canyon as viewed from the South Rim.

The enterprising Santa Fe Railroad arrived in 1901 and soon after, in 1905, El Tovar opened and quickly developed a reputation as the fanciest hotel west of the Mississippi.

The Fred Harvey Company, now named the Xanterra Travel Collection, was hired to manage the hotel. They knew how to address the needs of tourists lured to the West by the railroad’s promotional images of the extraordinary Grand Canyon.

The company soon needed help keeping pace with the increasing number of adventuresome travelers eager to explore the Western landscape and turned to a former St. Paul, Minnesota art teacher for assistance.

Mary E.J. Colter, who would become the chief designer and architect for the Harvey organization, drew inspiration from Native American and Spanish Colonial design. Rather than mimicking European architecture, her creations were meant to blend in with or enhance their surroundings. She was responsible for the design of 23 buildings, including Hopi House, Bright Angel Lodge, Lookout Studio, Hermit’s Rest, and The Watchtower, during more than four decades with the company.

The Fred Harvey Company, in the earliest years of the nineteenth century, envisioned that the El Tovar Hotel, resting on the canyon rim, would enable people from around the world to experience the wonders of the Canyon. That vision is now a reality.

The best way to celebrate the Grand Canyon on its 100th birthday is to see it yourself and take in the natural wonders spanning 13,000 years of human life, and eons of time before that.

The wonders of the Grand Canyon cannot be adequately represented in symbols of speech, nor by speech itself.