There is nothing that compares to the freedom of the open road, especially when following it takes you to some of the most magnificent scenery and interesting places in the US 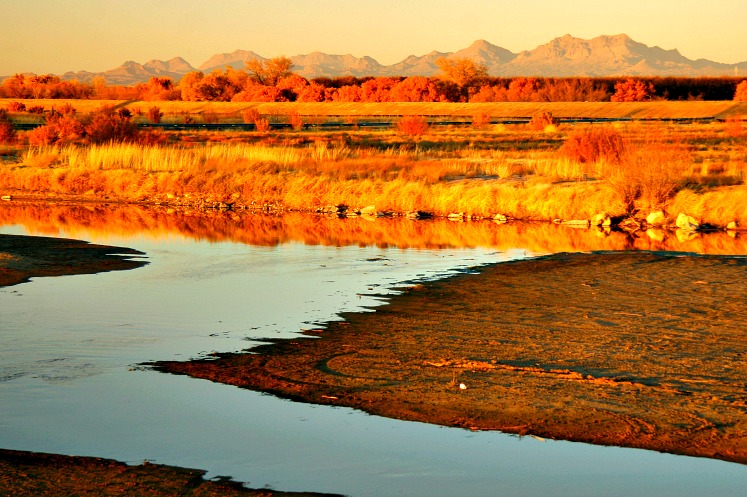 The longest day of the year! The first day of summer! And, for many, the last day of school!

June may not have any long weekends but it absolutely has the best lineup of unofficial days for celebration. This is when warm weather, blue skies, and blooming flowers all coincide, and when people rush outside—or around America­—to enjoy it. Festivals happen. Baseball happens. Let’s just say it: Magic happens.

In other words, June is the time for an RV trip before the busy tourist months of July and August. School’s out and summer is in full swing which means one thing—it’s time for a road trip in the RV.

You begin to see signs for it about 1,000 miles before you arrive in South Dakota. They promise free ice water. Five-cent coffee! There are many, many finer restaurants in South Dakota, but none are as famous as the one in Wall Drug. It’s impossible to avoid the Badlands-bordering, 76,000 sq. ft. wonder of tourist-trapping randomness, so just go in. There’s ample RV parking.

Hit the cafe and score a hot beef sandwich and a maple donut. It won’t hold a candle to the many, better food options in the state. But you will emerge with a “Where the Heck is Wall Drug” sticker. You will have chased that sandwich with a T. Rex viewing. And you’ll be happy you stopped every time you see a roadside Wall Drug sign every five minutes for the next 300 miles.

One of the world’s most well-known tourist stops, it’s hard to believe Wall Drug Store got its start with something we wouldn’t even turn our heads at today…the promise of free ice water. But in fact, the Husteads turned free ice water into a million dollar idea with a little determination and quick thinking.

You will find $.05 coffee here. SERIOUSLY!

This site, perhaps the most famous of Civil War landmarks, provides not only the opportunity to visit hallowed ground that witnessed three brutal days of battle in 1863, but also to conduct in-depth research at the resource library about those who fought here, and elsewhere.

Join one of many ranger-led or living history programs; drive the battlefield; and visit the David Wills House, where Lincoln put the finishing touches on his famous address. Round off the day by stopping for a quiet moment at Soldier’s National Cemetery, where the address was given and where the power of Lincoln’s words can still be felt today.

There are sports to be watched, history to be learned, and great food to be had in Boston, but it’s the boatloads (!) of quaint seaside towns that make Massachusetts such a gem. Amble around Cape Ann’s little fishing villages, where you can hang with lobstermen and chow down on some fresh-as-heck seafood.

Boston, the state capital, is rich in history, culture, entertainment, and cuisine. The Freedom Trail winds through the city’s sites that played a key role in the American Revolution. South of Boston, Plimoth Plantation is one of Massachusetts’ four living history museums. It brings to life the arrival of the pilgrims and the Native American experience.

The Amish established themselves in the Holmes County area, and it is estimated that one in every six Amish in the world live in this area. The Amish choose to live a simple way of life, which is clearly evident by the presence of horses and buggies, handmade quilts, and lack of electricity in Amish homes.

Along the byway you will be treated to the typical, yet breathtaking sights of Amish Country: teams of huge, blonde Belgians pulling wagons of hay, farmers working in the fields and of course, beautiful views of lush, green farmland, large white houses, and red barns.

D. H. Lawrence, writing in 1928, pretty much summed it up: “The moment I saw the brilliant, proud morning shine high up over the deserts of Santa Fe, something stood still in my soul.”

The Land of Enchantment, the state motto of New Mexico, is certainly an apt description of a state with diverse landscape and population. This is a state in which the air is crisp, the water fresh, and the people warm and friendly.

Northern New Mexico boasts the mountains of Taos. And White Sands National Monument is one of the most distinct—and arresting—pieces of earth in the lower 48. And we’d be remiss to leave out Carlsbad Caverns, a collection of over 100 caves and one of the state’s top attractions.

I wonder what it would be like to live in a world where it was always June.
—L.M. Montgomery