So much sacrifice—a debt we can never repay or forget 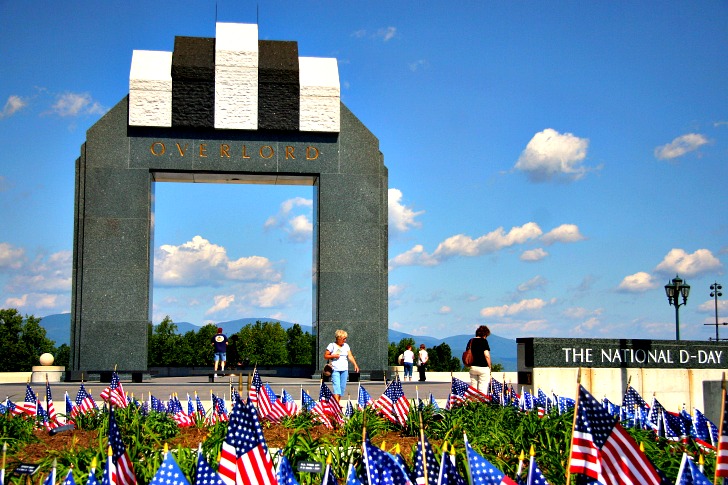 “Soldiers, Sailors, and Airmen of the Allied Expeditionary Force! You are about to embark upon the Great Crusade, toward which we have striven these many months. The eyes of the world are upon you. The hopes and prayers of liberty-loving people everywhere march with you…”

—Eisenhower’s Order of the Day upon the invasion of Normandy, June 6, 1944

Lying midway between the Virginia cities of Roanoke and Lynchburg, the community of Bedford is like countless other small towns scattered across the state—a charming Main Street, a clock atop the county court house, and a mountain backdrop overlooking the historic settlement.

Sadly, this Virginia small town bears a tragic, yet honorable distinction of having made a greater sacrifice to liberate Europe from Nazi control than any other community in America: proportionally suffering the nation’s severest losses on D-Day.

With a German Swastika flying over Paris’ Eiffel Tower, the United States, Britain, Canada. and a host of other European allies stormed the beaches of France’s northern shore on the morning of Tuesday, June 6, 1944. It is hard to conceive the epic scope of this decisive battle that foreshadowed the end of Hitler’s dream of Nazi domination. In one of the most pivotal battles of World War II, the allies invaded the French coastline in order to propel German soldiers out of Western Europe and lead the way for victory against the tyrants of that era.

Codenamed “Operation Neptune,” the Normandy landings were the largest seaborne invasion in the planet’s history and made the final defeat of Adolph Hitler possible.

The landing included over 5,000 ships, 11,000 airplanes, and over 150,000 service men. After years of meticulous planning and seemingly endless training, for the Allied Forces, it all came down to this: The boat ramp goes down, then jump, swim, run, and crawl to the cliffs. Many of the first young men (most not yet 20 years old) entered the surf carrying eighty pounds of equipment. They faced over 200 yards of beach before reaching the first natural feature offering any protection. Blanketed by small-arms fire and bracketed by artillery, they found themselves in hell.

By the end of that one day, nearly 4,500 allied soldiers lost their lives. Yet somehow, due to planning and preparation, and due to the valor, fidelity, and sacrifice of the Allied Forces, Fortress Europe had been breached.

Though the invasion was a decisive allied victory, it came at a heavy cost. Over 425,000 Allied and German troops were killed, wounded, or went missing during the Battle of Normandy, including over 209,000 Allied casualties, with nearly 37,000 dead amongst the ground forces and a further 16,714 deaths amongst the Allied air forces.

With a 1944 population of only 3,200 residents, Bedford, Virginia, lost 23 young men in this single campaign, giving it the highest proportional loss of any town in America for the D-Day invasion. Even with the incredibly high causality numbers witnessed throughout the Second World War, such a disproportionate ”population to KIA ratio” is unheard of anywhere else in the entire United States.

On June 6, 2001, the 50-acre National D-Day Memorial opened in the community of Bedford, Virginia, with over 15,000 people in attendance.

The grounds for the monument take visitors on a archival journey through World War II and the politics and perils that embody the time period. Paying tribute to the men and women who served their country in one of its most dire battles, the D-Day National Memorial creates a solemn atmosphere for veterans and visitors alike to gain insight and learn more about the events that shaped our nation’s and our world’s history.

“In Tribute to the valor, fidelity and sacrifice of Allied Forces on D-Day, June 6, 1944″ the Western Virginia monument’s scope is international, recognizing the sacrices made not only by members of the Virginia community, but also to all allied forces from around the globe who took part in the landings.

The monument receives an average of 60,000 visitors a year and is a profound addition to America’s War Memorials.

In addition to being home to the National D-Day Memorial, the community’s losses helped inspire the movie “Saving Private Ryan”. The movie’s director, Steven Spielberg, helped fund the memorial, including funding for the creation of the Arnold M. Spielberg Theater, in honor of his father, a World War II veteran.