Get your kicks on Route 66 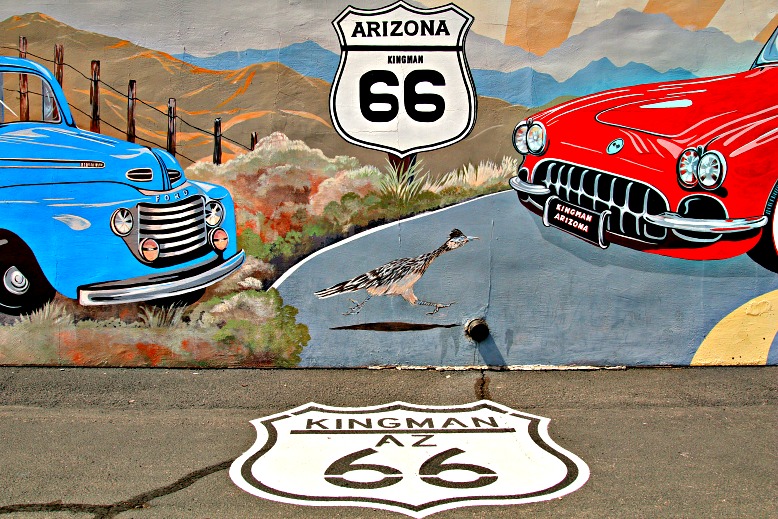 You can travel by plane, by bus, or by train, but you’ll never experience the satisfaction you’ll have with an RV road trip. There’s something about the long and winding road—and the RV lifestyle—that’s partly hypnotic and wholly satisfying.

In a commission survey for Hertz in the UK which polled 2,000 British adults, the top road trip in the world is a drive along Route 66 with 56 percent of respondents naming the US as “the road trip capital of the world”.

“The influence of social media has had a huge impact on destinations of choice, bringing increased awareness of less well-known areas, as well as ensuring that gems such as the Route 66 are still as popular as ever,” Temerity Vinson, senior director of international marketing said in a news release.

The Mother Road stretches from Illinois to California through eight states. Once among the main routes for cross-country travelers, the largely two-lane road was decertified as a U.S. highway in 1985 in favor of modern interstates.

The mention of Route 66 to most baby boomers conjures up images of George Maharis and Martin Milner cruising along in their early Corvette roadster in the television series of the same name.

While reminiscing you have the popular rhythm and blues standard (Get Your Kicks on) Route 66 echoing through your mind. Composed in 1946 by songwriter Bobby Troup, this hit song was followed by the Route 66 TV drama in the early ’60s.

One of the original highways in the U.S. highway system, Route 66 stretches from Chicago to Santa Monica, totaling in 2,448 miles of ribboning highway. A major route for western migration in the 1930s, the route is chock-full of history, nostalgia, and sites you’ll see nowhere else.

Stop at Cadillac Ranch in Amarillo, Texas or see a living ghost town with gunslingers and burros (Oatman, Arizona). Spend the night in a tipi at the Wigwam Motel in Holbrook, Arizona. And be sure to visit the near-by Petrified Forest National Park.

Additionally, Route 66 was followed in the Hertz survey of British adults by the roads around Grand Canyon and the Pacific Coast Highway, giving the U.S. three spots on the top 10 list.

Celebrating its centennial this year, Grand Canyon National Park has become one of the country’s most beloved sites. More than 6 million people visited the park in 2017.

The sheer size of the Grand Canyon is difficult to comprehend through photos or words.  Much of the canyon is over a mile deep, 15 miles wide, and 277 miles long, carved through geologic formations that are over 1.7 billion years old.

The most popular viewpoints, such as the South Rim, are visited by over 90 percent of the park visitors. Roughly 30 miles of the canyon along the South Rim is accessible by the road. The North Rim, about a 220-mile drive from the South Rim, gives access to the Kaibab Plateau and Bright Angel Point.

The Centennial celebration events will include a historical symposium, a living history week, and an effort to showcase some of the lesser-known sites through social media and other events throughout the year. Focused ranger-lead talks on the geology, cultural history, and natural resources will be available as well.

The best way to celebrate the Grand Canyon on its 100th birthday is to see it yourself and take in the natural wonders spanning 13,000 years of human life, and eons of time before that.

Furthermore, the survey identified the ingredients of an epic road trip as wide-open roads, driving past famous attractions, and spotting wildlife along the way. Discovering views and enjoying the scenery is the main purpose for adults over 38-years-old while millennials want to enjoy a new experience.

According to the survey, over two-thirds of millennials use Instagram to plan their trips, and 36 percent say they’d have a hard time remembering it if they didn’t post photos to the platform.

I hear the highway calling. It’s time for a road trip.