South Dakota gets a bad rap as a flyover state 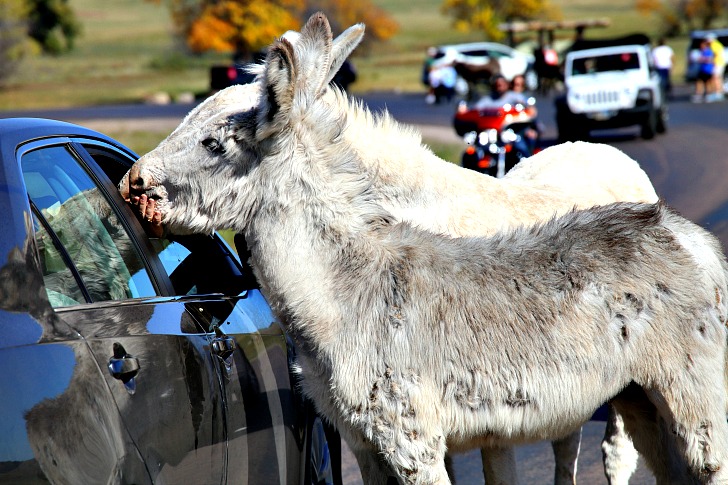 Here’s the thing, visit South Dakota once and the place SELLS ITSELF. Much more than just the Black Hills, Mount Rushmore, Custer State Park, and the Badlands, SoDak is the most scenic places you knew nothing about. Until now!

After a rather long, prairie-flat preamble in the east, western South Dakota abruptly changes into two beautiful but distinct landscapes, the striated, fossil-rich sedimentary buttes of the Badlands and the nearby mountains so thick in evergreens that the native Lakota called them paha sapa—hills that are black.

Ironically, the defining feature of Western South Dakota’s breathtaking nature is that it is indefinable. Exceptionally varied, yet incredibly geographically close, you’ll witness the diversity of the natural world while also experiencing how the landscape can change over time.

Start in Badlands National Park which is truly a natural anomaly. This rather off-putting nickname was first coined by the Lakota people, who called it “mako sica” (“land bad’), due to its extremity of temperatures, mixed prairie, and the exposed rugged and eroded sedimentary rock.

The Badlands Scenic Byway drops immediately beside the parks serrated sandstone spires, which are banded in layers of purple, red, and orange rock that indicate their age. It is these very characteristics, however, that make it an ideal location for captivating vistas and off-beat serene beauty.

The construction in its entirety took over 400 workers more than 14 years to sculpt, and will forever remain a testament to American patriotism. There is something rather overwhelming about it, as if it is a giant projection of a proud past on the rugged landscape of the indelible natural land.

Another powerful and impressive monument in the works, yet open to visitation is the Crazy Horse Memorial, a depiction of the fascinating Oglala Lakota warrior. The privately-funded project began construction in 1948, yet is still quite far from completion. Once completed, however, the statue, carved out of Thunderhead Mountain, will be the world’s largest sculpture at 641 feet wide and 563 feet tall. Witness history in the making by adding this stop to your itinerary!

South Dakota is also about those quirky roadside attractions. A necessary pit stop is Wall Drug in the town of Wall (the gateway to The Badlands), an establishment that embraces its quirkiness and welcomes 15,000 to 20,000 tourists a day. A stop at Wall Drug may include a cup of five cent coffee, a buffalo sandwich in a restaurant that can seat 520 tourists at a time, homemade pumpkin praline fudge, and a traveler’s chapel.

Here corniness is key and despite your best efforts, you will more than likely leave with a Wall Drug tee shirt. Don’t say, I didn’t warn you.

And to the east along I-90, the famous Corn Palace in Mitchell which as the name might imply is AN ENTIRE ARENA MADE OF CORN!

Life really is the journey and these words cannot reach higher truth than referring to South Dakota. Driving through Custer State Park, you will see nearly 1,300 buffalo roaming alongside burros, prairie dog, and pronghorn antelopes.

Or, if you ever want to feel confounded by Mother Nature’s capabilities, Needles Highway is the drive for you with fourteen miles of steep turns, stunning vistas, and granite spires.

Scenic highways make the journey just as spectacular as the destination. Fly over state? Not a chance!