America is home to some weird and wacky attractions that may not be in your typical travel guide, but would be sure to blow any Happy RVer’s mind! 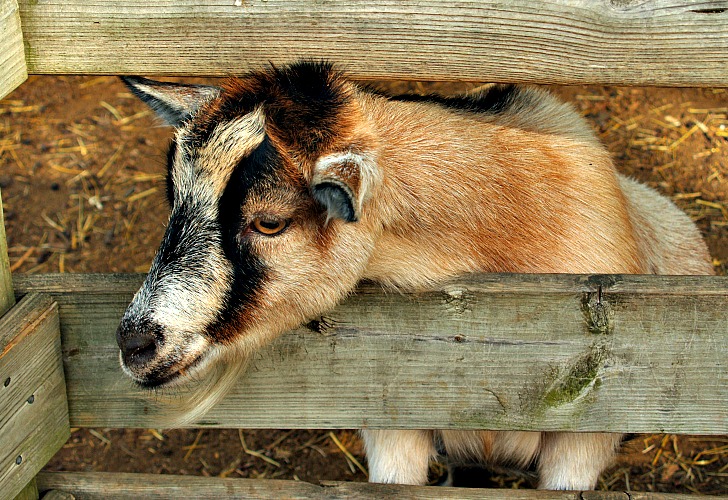 There’s nothing more American than a road trip. So this summer, why not pack up the car and veer off the beaten track to explore something a little bit different?

This list of destinations, from a palace made of corn to a UFO crash site, provides plenty of inspiration and enough surprises for the whole family.

Be prepared for a natural wonderland. underground marvels, and a few horse-drawn buggies along the way.

Any drive through the Midwest will bring you face-to-face with cornstalks taller than you can imagine. The Mitchell Corn Palace in South Dakota celebrates all things corn—starting with this prairie town in the middle of nowhere. This “palace” looks like something straight out of Russia, built in 1892 to showcase South Dakota’s bountiful harvests.

Step out of your car and into a natural wonderland. The vibrant colors of the Petrified Forest will keep your eyes engaged, while these fascinating ancient fossils will engross your mind. Check out the Rainbow Forest Museum first, so you can orient yourself and determine your trail route.

Take a break from being a road warrior and go caving instead. Hidden beneath the surface are more than 119 caves—formed when sulfuric acid dissolved limestone leaving behind caverns of all sizes. Experience the Big Room and Natural Entrance trails at your own pace. Ranger-guided tours include King’s Palace, Left Hand Tunnel, Hall of the White Giant, Lower, Spider, and Slaughter Canyon cave.

If you’re determined to unplug and unwind, find your way to Lancaster County for a truly old-fashioned time. From buggy rides to dinner theater, there’s plenty to see and do—including traditional “mud sales,” or outdoor auctions, that specialize in handcrafted products and support the local fire department.

Lassen Peak is the southernmost of the Cascade Mountains’ 15 volcanoes. The mountain famously erupted from 1914 until 1921 and largely changed the landscape to what you see today around the Cinder Cone. But the park is more than just a volcano. It’s a set of peaks surrounded by a lush wilderness. This park is a laid-back spot with great camping and volcanic landscapes right next to verdant forests.

Wall Drug has grown from its humble beginnings in 1931 to a thriving oasis. Wall Drug offers dining, activities, gifts and souvenirs, visitor information and, of course, free ice water. Many road-worn travelers stop at Wall Drug and leave awake and refreshed, just like they did more than 80 years ago. Attracting 2 million visitors each year, Wall Drug is a story of success because one simple idea took root: Offering road weary travelers free ice water.

The Peachoid (known locally as The Peach) was commissioned to be built in 1980-81 by the Gaffney Board of Public Works. A seven ton, 60-feet long leaf was applied to one side. A New Jersey artist, Peter Freudenberg, painted the sphere after studying local peaches for many hours. It took fifty gallons of paint in twenty colors. According to official literature, the Peachoid boldly “sets the record straight about which state is the biggest peach producer in the South. Contrary to popular belief, it is NOT Georgia.”

If UFOs and cosmic mysteries intrigue you, plan a pit stop in Roswell, New Mexico. Roswell’s rise to fame began in 1947, when a local rancher claimed to have found debris from a flying saucer. The myths and facts have become stranger over the years, cementing this town’s place in national history. Today, you can also enjoy fine cuisine, art museums, and Bottomless Lakes State Park, which is perfect for camping and hiking.