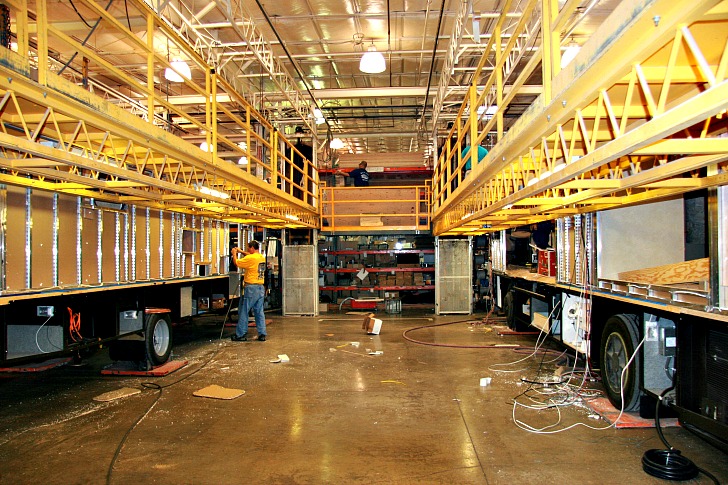 A little less than half of the national economic impact of recreational vehicle manufacturers and suppliers occurred in Indiana last year and much of the activity producing it took place in the northeast and north-central parts of the state.

That was according to a new RVs Move America Economic Impact Study released June 3 at the RV Industry Association’s annual meeting in Washington, D.C., where industry colleagues gathered to showcase its strength and meet with federal policymakers.

The report showed the industry had a $114 billion impact on the U.S. economy, supporting close to 600,000 jobs which contributed more than $32 billion in wages.

“What the study reveals is that RVs are not just the familiar highway scene of an American summer,” Gary Enyart, the association’s chairman, said in a statement.

“Indeed, RVs are the heart of an industry that has become an American juggernaut, a business that has tripled in size since the Great Recession (that ended in) 2009,” said Enyart who also is mobile generator sales and coach care director for Onan/Cummins.

A comparable breakdown of the industry’s economic impact in Indiana includes:

The report showed 482,389 RVs were made in the United States last year with motorized vehicles accounting for 12 percent of that and towable vehicles for 88 percent.

About 25 million Americans RV each year leading to activities such as hiking, boating, fishing, and camping which the U.S. Department of Commerce’s Bureau of Economic Analysis considers part of a larger outdoor recreation economy that represents 2.2 percent of the country’s gross domestic product.

The industry’s most recent monthly RV shipment data showed April’s 40,243 figure was down 15.2 percent from the same month the previous year and July 2018 was the last time within 12 months that shipments had risen from a year earlier.

“The industry is still on track for this to be the third best year in its history. The best year was 2017 and the second was 2018,” Broom said.

RV manufacturers added production capacity to meet rising demand for their products which reduced backlogs in their orders and dealers who saw they didn’t have to order as many RVs as far in advance to avoid missing a sale to a customer adjusted their inventories, he said.

But, for now 2019 shipments are expected to provide the RV industry with the third best year in its history and then increase in 2020.

A healthy industry going forward is a key in advancing the RV lifestyle both present and future. Recreational vehicles are a great way to see the country and allow owners the freedom to travel. They are great for weekends and extended vacations, but they are a major investment. And purchasing an RV is considerably more complicated than buying a car.

When purchasing a new or pre-owned RV it’s important to do your home. Be aware that RV manufacturers and dealers are NOT created equal. After all, your RV is an enormous investment. Don’t trust it to just anyone.

Quality is never an accident; it is always the result of intelligent effort.