If you’re into camping, hiking, wildlife, or big adventure, the Black Hills is the place for you 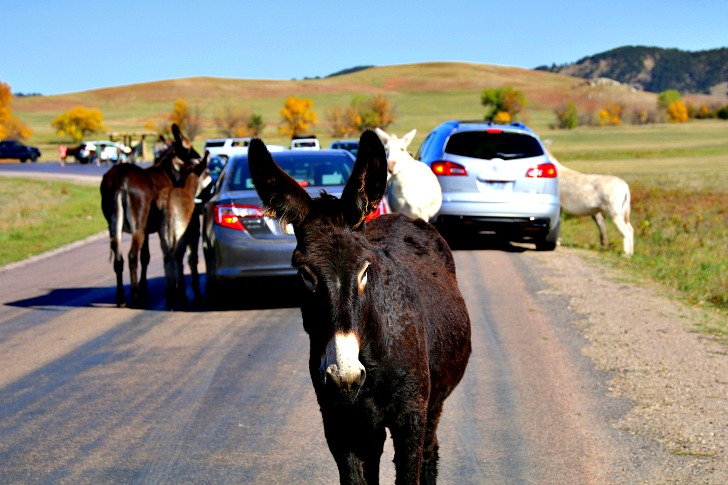 The Black Hills of western South Dakota have long been a favorite of RVers. We came to this area to explore the natural side of the Black Hills—the plants and animals, geology, and natural history that existed before the trappers, miners, and homesteaders came—and we weren’t disappointed.

Driving an RV in the Black Hills is challenging. Most roads are curvy two laners with plenty of up-and-down elevation changes. Those driving larger rigs should plan routes carefully or better yet, locate yourself in a nearby campground or RV park and drive your toad. Also be aware of restrictions caused by tunnels on several roads.

Driving through the Black Hills takes you through some of the most rugged, distinctive, and beautiful land in America. It’s hard to stick to the main road in South Dakota’s rugged land of canyons, cliffs, and caves.

The Black Hills are home to some of the most majestic scenery you can imagine, from the winding Spearfish Canyon to the mountain lakes that surround Rushmore—rivers, mountains, caves, and more make it ideal for hikers and climbers and everybody in between.

Those in-betweeners include the bikers who throng the otherwise placid Sturgis every year, and gamblers who flock to Deadwood, a living museum of gold mining days. Small towns like Spearfish and Belle Fourche give you a chance for a little culture.

The Black Hills is basically a gigantic, serene cluster of small towns amid enough crazy geographical features to populate an entire planet, all scattered within an hour or two of one another. Not bad for a place most often associated with having a gigantic wall of presidential heads looking over it.

The Black Hills are home to the giant stone faces of Mount Rushmore National Monument and the Crazy Horse Memorial. This is the land of Deadwood and the final resting place of Wild Bill Hickok and hundreds of American Indians killed at Wounded Knee Creek in 1890. It’s also steeped in a rich gold-mining history.

Starting in the northwest, State Route 14A takes you through gorgeous Spearfish Canyon, a deep, narrow gorge carved by Spearfish Creek. The canyon has its own ecosystem of lush waterfalls, giant limestone cliffs, dozens of caves and, in the fall, a beautiful palette of colors.

Several scenic drives wind through the area, thanks to the efforts of Peter Norbeck, a conservationist who was South Dakota’s governor and a U.S. senator many decades ago. He helped establish Custer State Park and oversaw a tremendous undertaking in road construction. Norbeck explored the park on foot and on horseback, savoring the beauty of the Black Hills. His first road was completed in 1922 and named Needles Highway, for the spiky granite formations that stud the horizon.

Needles Highway boasts more than 600 rock-climbing routes up granite spires that rise up out of the limestone. Harney Peak, the highest point east of the Rockies at 7,242 feet above sea level, stands in the distance. A leisurely hike to the top takes about two hours one way and is well worth the time.

Iron Mountain Road was Norbeck’s next road project, connecting the park with Mount Rushmore to the north. The drive takes visitors along a series of pigtail bridges, so named for a corkscrew configuration that allows for sudden changes in elevation without disturbing the natural landscape. The road is designed to make you slow down and enjoy the scenery.

One of the world’s largest known caves, Wind Cave National Parks has many unusual formations and a variety of minerals are found in the cave. The cave is best known for its outstanding display of boxwork, an unusual cave formation composed of thin calcite fins resembling honeycombs.

Northwest of Wind Cave, the even larger Jewel Cave National Monument ranks as the second longest cave in the U. S. and the third longest in the world, with 173 miles of explored passageways. Jewel Cave is distinctive for its sparkling crystals, and particularly for a long ribbon of crystal called cave bacon that hangs from the ceiling.

This mountain, the arched back of the earth risen before us, it made me feel humble, like a beggar, just lucky to be here at all, even briefly.