Cowboy shootouts. A bear and bison park. Historic Route 66. Welcome to unexpected fun in this gateway to the Grand Canyon 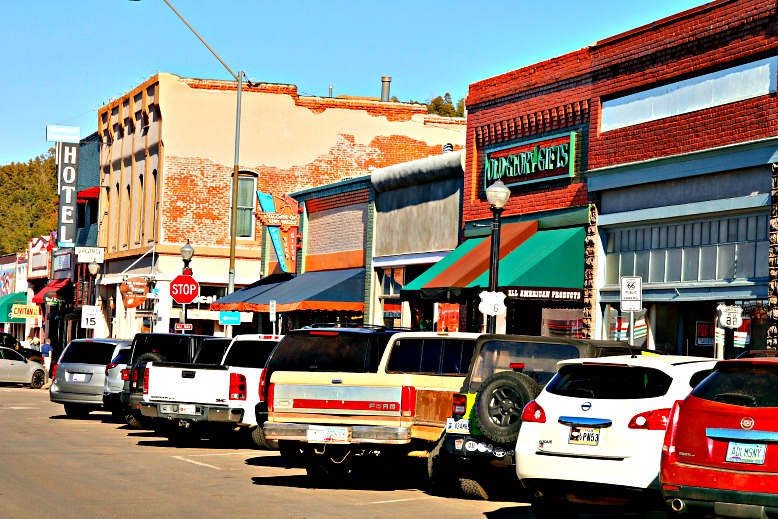 The opium dens, bordellos, and other landmarks of Williams, Arizona’s, rough-and-tumble past are long gone. But some kinder, gentler vestiges of this town’s Wild West era remain. And that’s fortunate for Grand Canyon-bound visitors seeking a fun, full-service spot as a base before and after a trip to the canyon’s South Rim, 56 miles north.

Even if you’ve been to Williams before, you might not be aware of these surprising facts and how they can enhance the visitor experience.

On the Right Track

The Grand Canyon Railway takes passengers on one of America’s most picturesque train journeys. Departing each morning from the station beside the RV Park, the train chugs north out of Williams for a ride up and over the massive Colorado Plateau.

At just over two hours, the journey gives RV travelers the chance to take a 65-mile shortcut and leave the driving to the engineer. It’s a perfect way to arrive at Grand Canyon National Park rested and relaxed without worrying about navigating an RV through the twists, turns, and often dense traffic that concentrates at the park’s south entrance.

Get Your Kicks On Route 66

Williams boasts the final stretch of Route 66 to be bypassed by Interstate 40 (on October 13, 1984). The original “super-highway,” as Route 66 was known in 1926, spanned more than 2,300 miles from Chicago to Long Beach, California and opened up the West to road travel. (Get Your Kicks on) Route 66 singer Bobby Troup marked the day Route 66 was bypassed, October 13, 1984, by plunking out the 1946 tune on a piano in the middle of America’s most iconic byway—called “The Mother Road” by John Steinbeck in his classic novel The Grapes of Wrath.

Today, the town’s Main Street is a National Historic District. Its storefronts house curio shops, an old-fashioned soda fountain, and classic diners and motels, which preserve a bygone era.

There’s a nightly shoot-out downtown at 7:00 p.m. from Memorial Day to Labor Day in which classic Old West “outlaws,” the Cataract Creek Gang, get killed (civic boosters prefer the term “plugged”) as hundreds of “witnesses” (i.e., visitors) look on. The costumed bad guys—cowboy hats, spurs, and all—bounce back and come back the next day to perform their evil deeds again. And get plugged again.

See the Forest and the Trees

Williams is surrounded by the world’s largest ponderosa pine forest. You can explore the Kaibab National Forest’s 1,100 miles of U.S. Forest Service roads via mountain bike, all-terrain vehicle, or four-wheel drive. Elevations range from about 3,000 feet to 10,418 feet on top of Kendrick Mountain. Hikers can explore more than 300 miles of trails, some along the rims of the Grand Canyon.

Where the Wild Things Are

Bearizona Wildlife Park on the eastern outskirts of Williams is a rare spot where you can see bears, bison, wolves, and other North American critters, seemingly wandering free in the 160-acre facility. Guests view them from the comfort (and safety) of their cars through three miles of Ponderosa pine forest in the drive-through park.

A separate 20-acre walking area set up like a more conventional zoo is home to otters, beavers, porcupines, and more. The park also features a Bearizona Barnyard petting zoo, a special exhibit of “kindergarten” bears not old enough for the adult enclosure, and a high-country raptors show of hawks, owls, falcons, and other birds of prey.

The wonders of the Grand Canyon cannot be adequately represented in symbols of speech, nor by speech itself. The resources of the graphic art are taxed beyond their powers in attempting to portray its features. Language and illustration combined must fail.

—Major John Wesley Powell, Exploration of the Colorado River and its Canyons