I cannot believe we are officially over halfway through 2019! 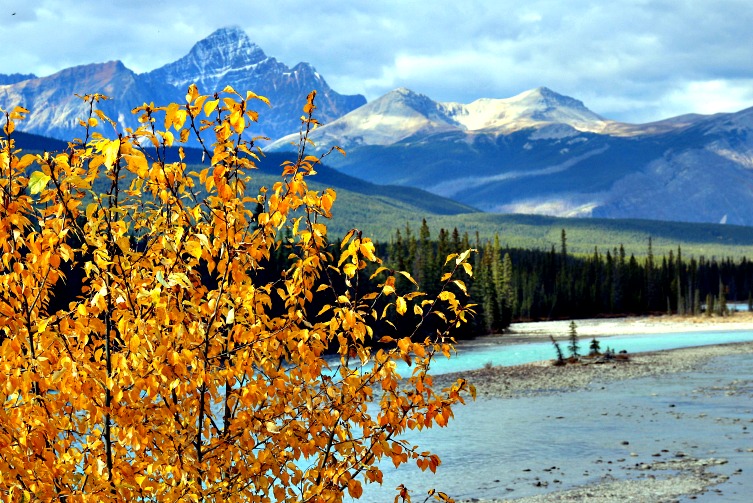 We’re halfway through 2019 and that means there’s only six months left until we wrap up another year of fantastic RV travel. Have you made a dent in your travel resolutions yet? If not, we’ve got a few trips you should consider adding to your queue. From sandy shores to national parks to fall foliage, here are four North American trips to take before this year closes out.

Trek through the Canadian Rockies

With spectacularly craggy peaks, serene alpine lakes, grand park lodges, and blue-edged glacier fields, Banff and Jasper national parks are favorite destinations for the RV traveler. You’ve perused breathtaking photos of the Canadian Rockies, and now it’s time to act on your Instagram scrolling. Explore the unbelievable landscape of the Canadian Rockies in one fabulous trip.

Banff is Canadian Rockies on steroids—all snow-capped peaks and sky-mirroring lakes. Plus, it has all the adrenaline-fueled options including white-water rafting, Sulphur Mountain Gondola, and mountain biking. Check out Lake Louise and Moraine Lake as we do the old National Park switcheroo: it’s bye-bye Banff and hello Jasper.

Admire the remarkable blue-green hue of Peyto Lake, get up on the Athabasca Glacier in a Snow Coach tour, and then look down from the Glacial Skywalk. From wildlife-filled forests to lakes, waterfalls, and mountains, Jasper National Park is just begging to be explored.

Immerse Yourself in the National Parks of the West

Some of the nation’s most jaw-dropping national parks can be found in the Wild West. Tour the Western National Parks and explore the breathtaking vistas. Encounter the crimson-striped cliffs of the Grand Canyon. From the red-rock cliffs of Zion to the towering tree trunks of Sequoia, explore the wonders of the American West. Then drive through the desert to discover one of the most majestic places on earth, Monument Valley.

Hike through Bryce Canyon, famed for its multi-colored rock pinnacles called hoodoos. Be sure to have your camera ready to snap shots of these spectacular, natural towers that cover the canyon floor. Continue on to Page, Arizona, home to Antelope Canyon, Horseshoe Bend, and the beautiful Lake Powell. Drive along isolated Scenic Byway 12 through Grand Escalante National Monument and Capitol Reef National Park en route to Moab to hike through the surreal rock formations of Arches National Park.

A Blue Ridge Parkway experience is unlike any other: a slow-paced and relaxing drive revealing stunning long-range vistas and close-up views of the rugged mountains and pastoral landscapes of the Appalachian Highlands. The 469 miles of America’s Favorite Drive links Shenandoah National Park in Virginia with Great Smoky Mountains National Park that straddles the border between North Carolina and Tennessee.

A quintessential Southern road trip, the Blue Ridge Parkway meanders around the lofty peaks of the Appalachians, and its fragrant meadows make Peaks of Otter a particularly popular and scenic stretch of the drive. The Blue Ridge Parkway offers an exceptional glimpse of the regional flora and fauna. It is world-renowned for its biodiversity.

Most of the national parks in the Southwest are about the landscapes, but Mesa Verde in southern Colorado is more cultural than natural. There’s still plenty of rugged scenery, but there is also more than 4,000 archaeological sites contained within the park.

Mesa Verde, Spanish for “green table”, offers a spectacular look into the lives of the Ancestral Pueblo people who made it their home for over 700 years, from AD 600 to 1300. These master builders constructed elaborate complexes tucked into sandstone cliffs.

Some held just a few people, while others, such as the Cliff Palace and Long House, have 150 rooms and could have housed up to 100 people. Mesa Verde does not lend itself to a hurry-up visit. It takes time to savor the magic of its eight centuries of prehistoric Indian culture.

Road trips aren’t measured by mile markers, but by moments.