How do the classic American road trips stack up when modern data is brought into the equation? 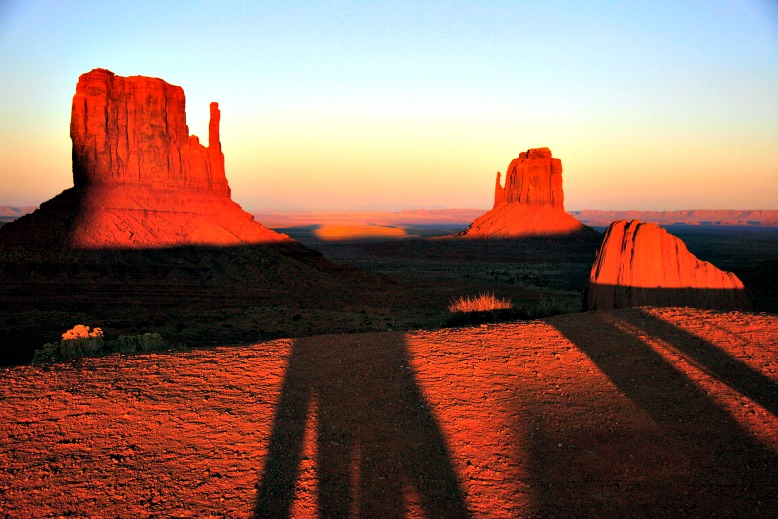 The concept of a road trip is as American as apple pie, and yet, devising the “ultimate” driving route was a bit of a head scratcher until data firm Geotab decided to take on that challenge. Using review ratings, traffic data, and a country-wide survey, Geotag rated 50 classic road trip routes.

The best road trip is a five-day Monument Valley Trails route in the Southwest.

“Awe-inspiring views of the rock formations of Monument Valley, Valley of the Gods, and the Natural Bridges National Monument are enough to make this road trip an all-time classic,” Geotab’s Road Trip Ratings report. “The route heads out on Highway 163 then follows a counter-clockwise loop, with detours for Hovenweep National Monument, Blanding, and the natural bridges.”

This transplanted piece of Mars is home to giant red rock towers you’ve seen in a hundred movies. If you want to do more than just gawk at Monument Valley’s weird grandeur, take a tour with a Navajo guide and learn about the ancient and modern inhabitants.

A hidden gem with scenery similar to that of nearby Monument Valley, the Valley of the Gods offers isolated buttes, towering pinnacles, and wide open spaces that seem to go on forever.

Noted for its solitude and undeveloped, natural character, Hovenweep National Monument was once home to more than 2,500 people in 900 A.D. The name Hovenweep is Paiute/Ute word meaning “deserted valley”.

Geotab used TripAdvisor data to rank trips based on attractions, accommodations, and where to eat; traffic data to figure out how busy roads are, and a survey to determine the length of each trip.

Ratings for attractions and restaurants were collected from TripAdvisor. Traffic data represents Annual Average Daily Traffic across the roads included in the route. Duration was scored by using Google Surveys to ask 1,000 U.S. residents their preferred road trip vacation length. Research was conducted in April 2019.

Other routes rounding out the top 10 included three in the Rocky Mountains, two more in the Southwest, and several in the Pacific Northwest, among others.

What noticeably didn’t perform well on the list? The much-lauded Route 66, which landed at No. 44 out of 50 trips studied.

“With so much variety to choose from, settling on one route can be a seriously tough task,” Maria Sotra, the vice president of marketing at Geotab, said in a statement. “We created this study to see how U.S. road trips stacked up when data is brought into the equation.”

Other highlights of the ranking:

Road trips have beginnings and ends, but it’s what’s in between that counts.