Natural beauty and wonder await you in South Dakota 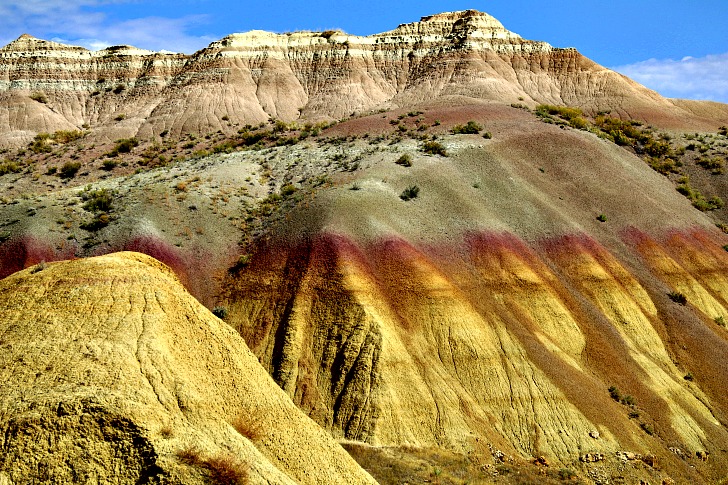 South Dakota gets a bad rap as a flyover state where everybody thinks folks commune with cows and don’t know what an internet is. But it’s also one of the most underrated states period, and you need only to visit the west side of the state for proof.

The words “South Dakota” don’t exactly conjure up images of an Instagrammable holiday the same way as a beach vacation in Florida or Southern California does. No, your first thought of South Dakota is probably of a cold, windy prairie full of snow and yaks. Not unlike your image of Canada.

And that’s because the only time you’ve ever seen the state was probably while either speeding through it on a road trip to somewhere else or flying over at 30,000 feet.

But here’s the thing, visit South Dakota once and the place SELLS ITSELF. Much more than just the Black Hills, Mount Rushmore, and the Badlands, SoDak is the most scenic places you knew nothing about. Until now.

Behind agriculture, tourism is South Dakota’s second-largest industry. Visitors are drawn outside of city limits to the state’s recreation and wildlife-watching opportunities at myriad sprawling national and state parks and along scenic byways. While discovering off-the-beaten-path treasures, the inherent thread of Wild West history and American Indian culture piques one’s curiosity, fueling the desire to explore some more.

Although the peak season to visit is the summer months, there will be fewer crowds and pleasant weather in late spring and early fall for traveling through varied terrain that includes farmland, rivers, hills, canyons, badlands, prairies, and mountain ranges.

Between the Needles Highway in Custer State Park, the highway through the Badlands (which is virtually and thankfully unavoidable when driving cross-country via the northern path), and the route between Lead and Rapid City, South Dakota has some of the most scenic drives in the country.

Nearly 3 million people a year put Mount Rushmore National Memorial on their itinerary. The locals tell visitors that sunrise is a special time here. Mount Rushmore faces east, so the best light to take photos of the four U.S. presidents carved into the side of the mountain is in the early morning.

One of the not-so-scenic drives, however, is the trip across I-90 between the Badlands and Sioux Falls. While the 80 mph speed limit is nice, the roadside attractions are even better; they include Wall Drug, giant dinosaur statues, a ghost town from the 1880s, and the famous Corn Palace in Mitchell which, as the name might imply, is AN ENTIRE ARENA MADE OF CORN!