Skip the masses at popular vistas and landmarks and opt for these nearby (empty!) locales instead 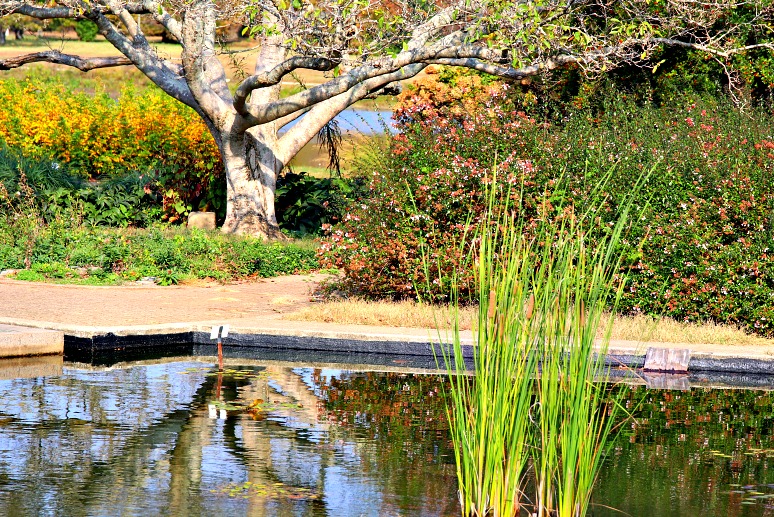 We’ve all been there—you’re huddled onto the crowded summit of a popular peak, at the base of that iconic waterfall, or crammed into a tiny pullout along that scenic road through a well-known national park, and everyone is snapping the same photo. You followed the masses and found yourself a beautiful vista. Well done. Now wouldn’t you like a little solitude to go with the view? It’s time to get off the beaten path. Here’s where to go.

Aside from being home to the world’s largest tree (by volume) and protecting vast areas of towering inland redwoods, a big part of Sequoia’s appeal is that it isn’t all that crowded. Take a stroll under the big trees in the Giant Forest, view wildlife in Crescent Meadows, or climb to the top of Moro Rock.

Valley of the Gods

Valley of the Gods is a scenic backcountry area is southeastern Utah, near Mexican Hat. It is a hidden gem with scenery similar to that of nearby Monument Valley. Valley of the Gods offers isolated buttes, towering pinnacles and wide open spaces that seem to go on forever. It is located on BLM land and is open for hiking, backpacking, and camping.

Over 150 miles of hiking trails are available to explore the peaks of the Chisos Mountains or Santa Elena Canyon, but you can also take a short stroll and soak in therapeutic hot springs after a long day of sightseeing. Not up for hiking? No problem! Take a scenic drive along 100 miles of paved road that stretches through Big Bend National Park.

Following the path of a former channel of the Mississippi River, Bayou Teche Byway winds its way through lush swamps and moss-draped bayous. From its southernmost point in Morgan City to its northern end in Arnaudville, the byway crosses beautiful marshes and fields of sugar cane, connecting lovely towns that have well-preserved historic districts.

Newspaper Rock is located 15 miles west of U.S. 191 along the Indian Creek Corridor Scenic Byway en route to the Needles District of Canyonlands National Park. The rock is called Tse’ Hane in Navajo, or “rock that tells a story.” There are hundreds of petroglyphs here that feature a mixture of forms, including pictures resembling humans, animals, tools, and more esoteric, abstract things.

Halfway between San Antonio and Big Bend National Park off Interstate 10, the Caverns of Sonora is a prime locale to hide from the blazing Texas sun. Keep in mind: While the temperature 155 feet below the surface is 72 degrees year-round, high humidity levels mean it can feel more like 85.

Are you looking to connect with nature? Bernheim is the place to do it. With 16,137 acres of land, there is an adventure waiting for everyone. Purchased by German immigrant Isaac W. Bernheim in 1929, the land was dedicated as a gift to the people of his new homeland.

Whitehall is the town at the junction between the Champlain Canal and Lake Champlain and is considered the birthplace of the American Navy. The Skenesborough Museum located right at the terminal wall is a must stop for anyone interested in the history of the formation of the U. S., early travel, early wars, and the building of the canals. Also the Skeene Manor located atop the hill across from the terminal wall offers tours and meals.

Feel the Beauty and Serenity of an Ancient Forest

Frequented by photographers and nature lovers from around the world, Audubon’s 18,000-acre sanctuary offers a beauty unsurpassed in the South Carolina Lowcountry. Frances Beidler is the world’s largest virgin cypress-tupelo swamp forest—a pristine ecosystem untouched for millennia. Enjoy thousand-year-old trees, a range of wildlife, and the quiet flow of blackwater, all from the safety of a 1.75-mile boardwalk.

You won’t find Teddy at the top of the national parks most-visited list. But since the 26th president was a pioneer of the national parks, the least we can do is appreciate his namesake chunk of land in North Dakota. You’ll want to keep your eyes open for wildlife—bison, pronghorns, elk, wild horses, mule deer, and prairie dogs frequently roam the landscape.

Life is short and the world is wide.
—Simon Raven