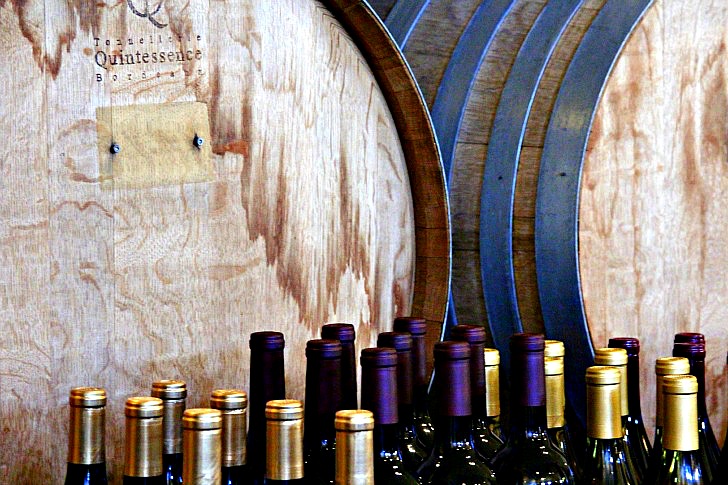 What do miners do when they don’t find gold? They settle down to plant zinfandel, or at least that’s what they did in the Shenandoah Valley, the heart of Amador Wine Country.

The California Gold Country first rose to prominence during the 1849 gold rush, but now, people come to experience the region’s natural beauty, the balmy weather, and the wine.

When we first pulled into Plymouth, we asked ourselves where the “there” is—this tiny burg is the epitome of the one-horse town. But Plymouth is the real working heart of Amador wine country.

Turning off Highway 16 (an extension of California Highway 49) onto Shenandoah Road, we find ourselves amid rolling, oak-studded hills where cows or sheep graze on one side of the road and tidy rows of grapevines climb the other.

Amador’s first wineries arose in 1849 when European immigrants discovered that wine grapes thrived in the Sierra Foothills. By 1880, Amador had more than 3,000 acres of grapevines that thrived until Prohibition closed all but one of its wineries. By the 1970s, Amador had declined as a source for low-quality jug wine.

Amador wines were revived due to the rediscovery of zinfandel. Zinfandel arrived in Amador in 1852, thrived in the Sierra Foothills, and became the wine of choice in the Gold Rush and one of the most widely planted grapes in California.

During Prohibition, many zinfandel vineyards were destroyed. Fortunately, Amador maintained several old zinfandel vineyards dating to 1890 or earlier. Amador’s abundance of zinfandel grapes, combined with its complex raspberry and spice flavors, enticed a new generation of winemakers in the 1960s who ultimately made zinfandel California’s signature grape varietal.

Stylistically, zinfandels from the Shenandoah Valley tend to be fuller, riper, and earthier with a characteristic dusty, dark berry fruit character, hints of cedar, anise and clove spice, and scents of raisin and chocolate.

It began when Bob Trinchero of Sutter Home Winery in Napa Valley tasted Amador Zinfandel for the first time in 1968. He was hooked and decided to produce wine from Sierra Foothills grapes. A few years later, Sutter Home developed White Zinfandel, a major success that put Amador on the map.

In 1970, Montevina Winery became the first post-Prohibition winery in Amador County. Throughout the 1980s and ’90s, new wineries sprang up and Amador shed its status as a backwater wine region.

Amador may have developed its reputation around Zinfandel, but Amador winemakers have branched out over the past 20 years and now produce wines from grape varietals originating in France, Italy, Portugal, and Spain, offering red, white, and rosé wines as well as excellent ports and dessert wines.

During the past 20 years, Amador vintners have begun producing a diverse array of varieties, especially those of Italian and southern French origin. While zinfandel, with over 2,000 acres, remains Amador’s signature variety, the region’s wineries also vinify superb examples of barbera, sangiovese, sauvignon blanc, and syrah; limited bottlings of pinot grigio, verdelho, viognier, roussanne, marsanne, grenache, mourvedre, petite sirah, aglianico, and tempranillo; rosés made from a wide variety of grapes; dessert wines made from muscat grapes; and port-style wines made from zinfandel and traditional Portuguese varieties.

Wine is constant proof that God loves us and loves to see us happy.