Arizona is home to some amazing state parks 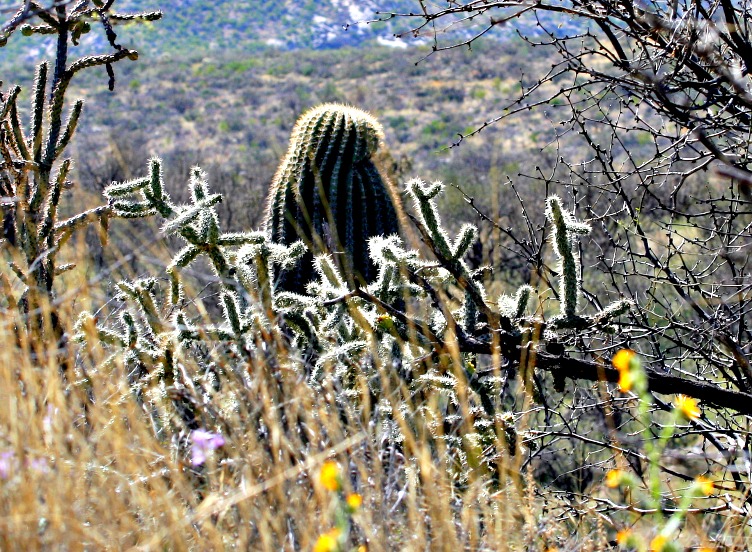 A certain large national park may come to mind when most people think of outdoor spaces in the Grand Canyon State. But Arizona boasts 29 state parks, too, and new data show a slight uptick in visits to those lands over the past year.

Birders, campers, boaters, hikers, and others made 3.2 million visits to Arizona state parks during the Fiscal Year (FY) that ended in June, an increase of about 1 percent over the previous 12 months, according to data published by the Joint Legislative Budget Committee. That’s up from nearly 2.7 million visits about three years ago. But 1 percent suggests the growth in visitors is leveling off after years of 8 and 9 percent increases.

The wet, cool, and windy winter weather likely affected the crowds at Lake Havasu, the state’s most popular state park where the number of visits declined about 10 percent to around 500,000 over the previous year.

The desert wildflowers that followed the damp and cool winter resulted in a boost for parks in the Sonoran Desert. Picacho Peak between Tucson and Casa Grande saw a 46 percent increase in visitors during the last fiscal year, tallying 121,000 visits. And yes, we were there. Oracle and Catalina state parks in Southern Arizona also saw increases in visitors. The increase in visitation at these parks raises concerns about how best to balance the park’s popularity with the rustic feel of the site.

The park with the biggest increase in visitors in proportion to the previous year was Lyman Lake State Park, where attendance nearly doubled reaching 31,100. That’s still not many people compared to other locations. Situated on the Little Colorado River east of Show Low, the park is secluded. The water is higher than it has been in years and has no size restrictions on boats.

It should be no surprise that the most popular state parks in Arizona are situated on water. This park is an oasis on the Colorado River near Lake Havasu City, boasting beaches, boat ramps and campsites.

This 43-acre historic homestead near Sedona used to be an apple farm. But visitors don’t just come for the agricultural history, as they flock to the park in Oak Creek Canyon for its namesake slide.

Catalina includes 5,500 acres of foothills, canyons, and streams outside Tucson. Oh, and it has nearly 5,000 saguaros and awesome sunsets.

The original Pinal County courthouse in downtown Florence offers a glimpse into the past. Built in 1878, it’s an architectural showcase, demonstrating the incorporation of Spanish design into the style of Anglo settlers.

This park preserves the ruins of the oldest Spanish Presidio site in Arizona, San Ignacio de Tubac, built in 1752. The presidio was outpost of the Spanish empire, a base for troops and a station for further exploration of what would become the American Southwest.

When troops left this Apache Wars-era fort, the premises was divided up and sold at auction. This small state park attempts to preserve some of the structures and give the public a look at life at mid-19th century Arizona.