October is one of the absolute best months for RV travel 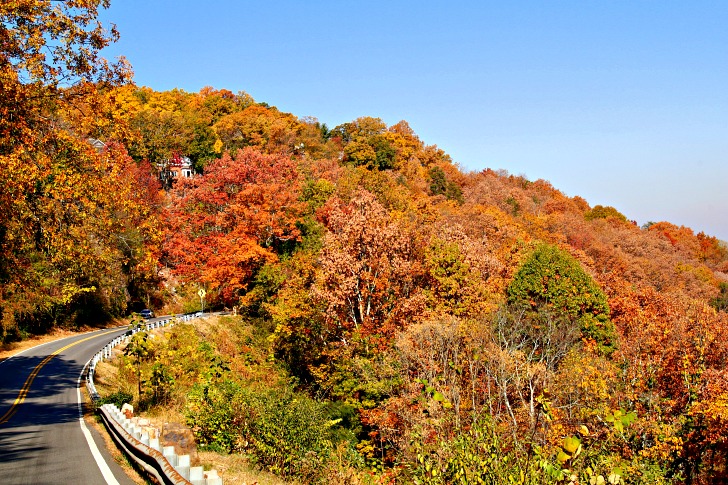 October is here and that means Canadian Thanksgiving and Columbus Day weekend on the States side, trips to the countryside to enjoy the autumn leaves and spooky Halloween decorations, fall activities, and parties. Many campgrounds have amazing Halloween activities planned so if you’re looking for a unique experience, check out one of the parks to get your scare on!

Consider the following destinations where fewer crowds or special events make this the right time to go.

Here are five great places for RV travel in October 2019.

Louisianians can always find a reason to celebrate. Throughout the year, music, food, history, and holidays inspire more than 400 Louisiana festivals and events of all sizes occurring throughout the state and each one is an opportunity to #FeedYourSoul.

Tamales are toasted in Zwolle each October when the Zwolle Tamale Fiesta celebrates the Spanish and Native Amerian heritage. Still hungry? Head to LaPlace for the Andouille Festival, Crowley for the Rice Festival, and Bridge City for the Gumbo Festival, all held in October.

Another fall festival that celebrates Louisiana’s one-of-a-kind culture is the free, three-day Festivals Acadiens et Créoles in Lafayette’s Girard Park in mid-October. This is really three festivals in one, each celebrating a different aspect of Cajun and Creole culture.

Ask anyone to name Utah’s five National Parks, and odds are Capitol Reef is the one they forget among its arched-and-canyoned cousins. You should remember Capitol Reef for the Waterpocket Fold, a 100-mile wrinkle in the earth and a feature you won’t find elsewhere in the state.

It’s also been designated as a “Gold Tier” Dark Sky Park by the International Dark Sky Association, so camping here will yield some of the prettiest stars you’ve ever seen. At just over a million visitors last year, it offers much of the red rocks and striking geology of other Utah parks, without the crowds.

Austin is obviously great, but it’s also obviously saturated with hipsters. Hill County, on the other hand, is a whole other bag. Head a half-hour out of town and you’ll find yourself in the midst of true Texan quirk. Once you’ve put Austin in the rearview mirror, consider this area your next epic road trip.

Stop in the historic town of Gruene for live music and imbibin’ at Gruene Hall, which is pretty much everything you want from a Texas roadhouse. Fredericksburg is a bizarre little haven of German culture, complete with biergarten; after that, we say you whip out the inner tube and spend hours floating down Guadalupe River.

Cowboys, German beer fests, and lazy rivers, check—now it’s on to the 15 wineries along Fredericksburg Wine Road 290. To wrap it all up, head to Enchanted Rock State Natural Area to climb an ancient pink granite peak and survey all that you’ve just visited.

For 364 days out of the year, West Virginians occupy their time with backwoods activities that sometimes involve eating squirrels (not that there’s anything wrong with that!). But one day in October—the aptly named Bridge Day—they toss themselves off a big-ass bridge overlooking the New River Gorge. It’s an event that draws about 80,000 extreme-sports enthusiasts and onlookers annually, but it’s only one of the reasons to experience the New River Gorge.

See also the gorgeous views of a river winding around monolithic rock formations like Endless Wall and Junkyard Cliff. In terms of potential things you will ever see, the gorge is pretty spectacular.

Even though the town has been named the “Best Town EVER” by Outside Magazine twice, the indoor options here are becoming just as formidable as those out of doors. Plus, it doesn’t really seem that people are getting the message about how great this place is.

Not only is the Tennessee Aquarium home to baby penguins, but the Tennessee Stillhouse literally got laws rewritten so it could become the first legal distillery in Chattanooga in over a century. And, the famous Chattanooga Choo Choo Hotel has reopened (after a $20 million renovation) with two restaurants, a live-music venue, and even a comedy club.

Everything has its beauty but not everyone sees it.