The historic riverboat town of Marietta, Ohio is known as the first permanent settlement of the Northwest Territory—and it’s unbelievably charming 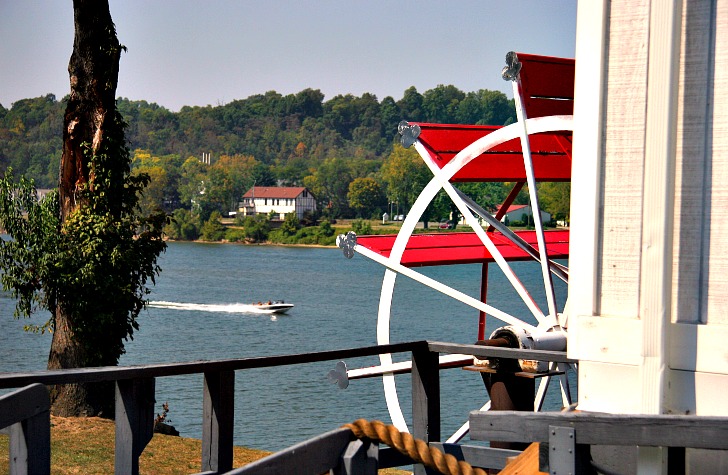 Ever since the 1882 arrival of Marquis de Lafayette, widely considered to be Marietta, Ohio’s first tourist, this charming river town has been rolling out the welcome mat for visitors. With its outstanding museums, river cruises, and historic attractions, it’s easy to understand why it is such a popular destination for travelers.

Located at the confluence of the Ohio and Muskingum rivers, it’s not surprising that Marietta has a strong river heritage. It also has a prominent place in Ohio history as both the state’s and the Northwest Territory’s first organized permanent settlement, founded in 1788. It was once considered the “Gateway to the West” for travelers from the East seeking land and new opportunities.

Glance at what this lovely river town offers with a narrated 90-minute trolley tour, which meanders past numerous landmarks and heritage sites. Tours depart from the Levee House Cafe on the corner of Ohio and Second streets from July through October. While a great place for lunch or dinner, the structure also has historical significance. Built in 1826 for a dry goods merchant, it later became a hotel, then a tavern, and today is the town’s only remaining riverfront building.

Take a stroll across the Harmar Pedestrian, an old B&O Railroad bridge over the Muskingum River that links the downtown shopping area with Historic Harmar Village. This where Fort Harmar was established in 1785 as a garrison for US soldiers. Today it’s a neighborhood of brick streets (seven miles of original brick street—more than any other Ohio town) and quaint buildings housing crafts and antique shops, and several museums.

Stop by the memory-laden Marietta Soda Museum and view a fun collection of vintage soda-related items including soda machines, coolers, and advertising signs and gimmicks. Sit at a 1950s soda fountain and order a hot dog, a malt, or chocolate-cherry Coke.

Complete your trip down nostalgia lane with a browse through the Children’s Toy and Doll Museum a few steps away. Located in a restored 1889 Queen Anne style home, the museum hosts an impressive collection of antique dolls and vintage toys from around the world. Highlights include a reproduction carousel horse and Circus Room featuring dioramas and circus-related miniatures including animals, tents, and circus trains.

The aroma of craftsmanship permeates a leather goods store that has been in operation since 1867. Yes, you can still haggle over a harness for your buckboard. Schafer Leather Store has progressed from the local harness shop to a unique, diversified store offering a variety of quality merchandise including, jewelry, handbags, wallets, belts, men’s and ladies’ clothing, hats, buckles, bolo ties, and over 3,000 pairs of men’s, ladies’, and children’s boots.

The fascinating story of the birth and growth of Marietta, Ohio’s first city, is told in two outstanding museums, Campus Martius and the Ohio River Museum. Both will immerse you in the days when America’s rivers were her highways.

The Campus Martius Museum preserves the history of America’s migration west, its earliest native inhabitants, and Marietta’s pioneers. The museum named for the fort was built on the site in 1788 by the Ohio Company of Associates was erected over the Rufus Putnam House. The Ohio Company Land Office, the oldest known building in Ohio, was also moved to the museum site.

The Ohio River Museum consists of three exhibit buildings, the first chronicling the origins and the rich lore of the area’s waterways. The history of the steamboat on the Ohio River system is featured in the second building, along with a video presentation on river steamboats. The last building features displays about boat building and tool and equipment from the steamboat era. Take an escorted tour of the W. P. Snyder Jr., a 1918 steam-powered “pool-type” stern-wheeled towboat.

After your museum visit, enjoy a 90-minute scenic cruise on the Ohio River aboard the Valley Gem, a working sternwheeler docked next door to the Ohio River Museum. What better way to fully appreciate a true river town than to see it from the river?

I like this place and could willingly waste my time in it.