National parks come in many different sizes and features. Some parks make one feel as if they’re on another planet. 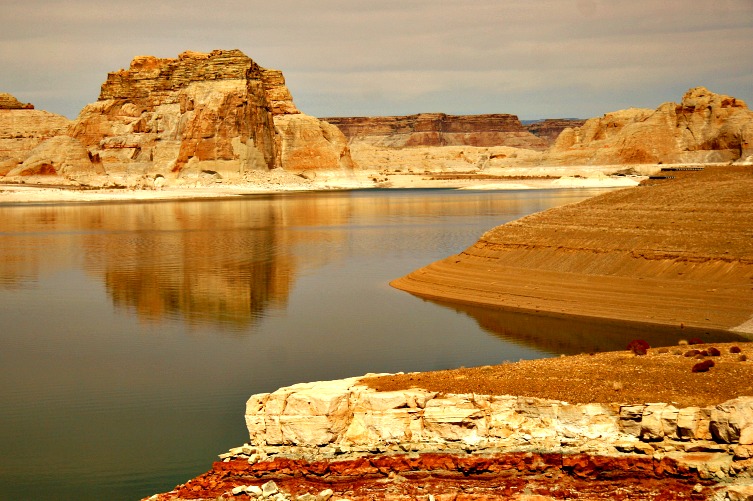 A trip to a national park can make for a great fall vacation. In fact, it makes for a great vacation any time of the year.

Of course, if you plan on going to some of the most popular national parks in the U.S., like the Grand Canyon and Great Smoky Mountains National Park, you might end up fighting the crowds. And, while all of the 421 park sites (including 61 official national parks) in the National Park Service system are unique in their own way, there are a few underrated parks that deserve some attention for their particularly strange or peculiar features that you can’t find anywhere else.

For instance, did you know it was possible to travel to another planet in your RV? Otherworldly national parks like Carlsbad Canyon in New Mexico, Bryce Canyon in Utah, and Petrified Forest in Arizona all feature unique landscapes that you wouldn’t expect to find in America.

There are thousands of incredible hiking trails, campgrounds, forests, lakes, waterfalls, and mountain peaks throughout the country, but only at these national park sites can you find something fascinating, something unique, or even something downright weird.

If you’re looking for interesting red and pink rocks, you can’t do better than Bryce Canyon. The national park is known for its fascinating rock formations and hoodoos, as well as its gorgeous, starry skies at night. Some of the best places to visit in the park include Sunrise and Sunset Point and Fairyland Canyon where you can get eye-level with hoodoos.

Walk among the flat-topped mesas and sculpted buttes of the Petrified Forest National Park and you’ll surely feel like you’ve been transported to another world—or perhaps to the moon. This ancient forest in the middle of the desert became fossilized over time as minerals like quartz slowly replaced the wood remains. The park’s Blue Mesa Trail takes hikers into the heart of the otherworldly badlands—an eerie landscape dotted with mounds of multi-colored petrified wood.

The otherworldly subterranean landscape of Carlsbad Caverns National Park is—justifiably—New Mexico’s most famous attraction. Take the self-guided audio tours of the Natural Entrance and Big Room. Then sign up for a 1.5-hour ranger-led tour through the four Kings Palace chambers, which lie some 830 feet beneath the park’s surface and contain hundreds of eerie geological formations. A “bat show” takes place at Carlsbad Caverns every evening from Memorial Day through October.

Drive the long stretches of highway that cut through the Colorado Plateau to Glen Canyon National Recreation Area and it will be hard to miss the colorful bluffs, mesas, buttes, and canyons that dominate the landscape. Glen Canyon lies in the middle of the Colorado Plateau, an area that can be characterized by its high elevation and arid to semi-arid climate. Take some time to explore this vast landscape, and you will find traces of dinosaurs that roamed this area millions of years ago during the Mesozoic Era.

Just outside of Moab rises a kaleidoscope of tilted and carved geology laid down over the eons. Baked by time, Canyonlands features an eerie landscape cut by canyons, rumpled by upthrusts and elongated fault blocks, and even pockmarked, some believe, by ancient asteroids. There’s the red and white Cedar Mesa sandstone, the grayish-green Morrison Formation, pinkish Entrada sandstone, and tawny Navajo sandstone, just to name some of the geologic layers. Stacked like pancakes, they help make Canyonlands the most rugged national park in the Southwest.

Nature was here a series of wonders and a fund of delight.