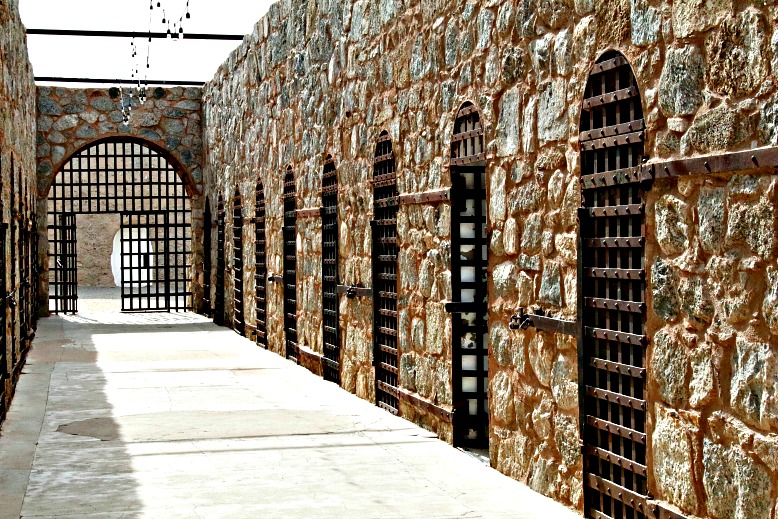 Most everywhere has its spooky spots, whether an annual haunted attraction, a legitimately haunted place, or just an uncomfortably eerie spot.

And now, RIGHT NOW, it’s the season to go and find ‘em! Old mental hospitals, valleys filled by ghostly sounds, theme park fright houses, historic hotels and mansions—no matter how you scare, there are places to freak you out.

Here are a few of the most haunted places and best spots to live the scary story you’ve waited all year to experience.

Yuma Territorial Prison’s population was made up of thieves, murderers, and the occasional polygamist, and over 111 inmates died here, making it one of the more ghoulish state parks in Arizona. To this day, guides at the park report feeling a “cold chill” when passing by Cell 14—where John Ryan, imprisoned for “crimes against nature,” committed suicide.

Even more unnerving is The Dark Cell, which is exactly what it sounds like: a dark crypt where rowdy convicts were sent for acting up. Accounts cite that two inmates, who were literally chained to ring-bolts up here, had to be urgently transferred an insane asylum upon their release from isolation.

More recently, one reporter tried to spend two days in the Dark Cell. She didn’t make it past 37 hours, and cited she felt she wasn’t the only one in the chamber.

Galveston Island’s ghostly history makes it one of the top destinations in the country for spooky travel, from a haunted historic hotel to the island’s storied harbor, cemeteries, and Victorian mansions. Here, visitors can get spooked by the numerous ghost stories that stem from the country’s deadliest natural disaster and other tragedies.

Visitors to 1895 Moody Mansion have reported disembodied footsteps and apparitions which have shown up in photographs.

Miss Bettie, daughter of the historic Ashton Villa’s first owner James Moreau Brown, is rumored to have haunted the house since its 1975 restoration. Her apparition has been seen in a long turquoise dress on the second-floor landing. Her pianist sister may be here too, some say, because the piano in the Gold Room has been known to play by itself.

There are reportedly three resident ghosts in the Copper Queen Hotel.

One ghost, and perhaps the most famous, is that of a woman in her thirties by the name of Julia Lowell. It is said that she was a prostitute and she used the hotel for her and her clients. She fell madly in love with one of her clients and when she told him this he no longer wanted to see her. She took her own life at the hotel.

Guests and staff at the hotel say that they feel her presence on the second and third floors of the west side of the building. Male staff and guests have reported hearing a female voice whispering in their ear. Others have also reported seeing her dancing provocatively at the foot of the stairs. She likes to play with men’s feet. As a tribute to her, one of the rooms in the hotel is named the Julia Lowell room.

Santa Fe is one of the few cities that offer a full schedule of “ghost tours” and “ghost walks” year around, with as many as five operators conducting tours from Santa Fe’s historic plaza. These tours primarily focus on the ten block historic area of Santa Fe, featuring such places as the Grant Corner Inn, Palace of Governors, historic buildings including the oldest house in the nation, and the La Posada and La Fonda Hotels.

Some tours also include area superstitions, as well as Santa Fe’s history of vigilantes, gunfights, murders, and hangings.