Halloween is a holiday that offers a lot to an RVer 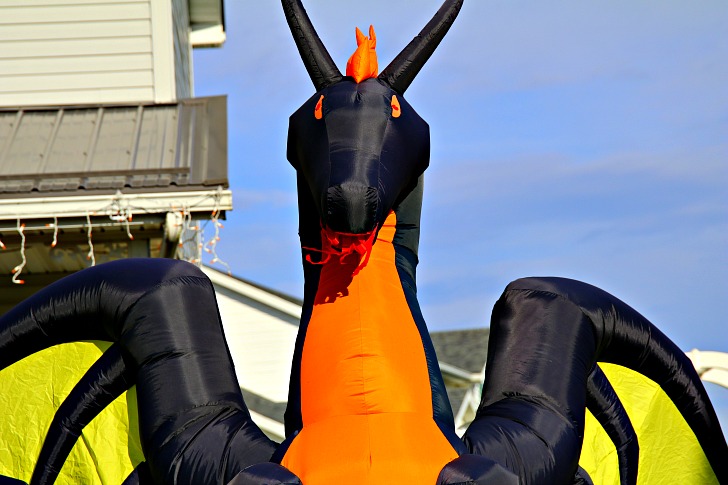 When it comes to trick-or-treating RV style, the trick is making Halloween the holiday you know and love, even without the traditional neighborhood kids knocking on your door.

And the treat? Owning a recreational vehicle opens up new possibilities for celebrating Halloween you may never have considered before.

Most everywhere has its spooky spots, whether an annual haunted attraction, a legitimately haunted place, or just an uncomfortably eerie spot.

And now, RIGHT NOW, it’s the season to go and find ‘em! Old mental hospitals, valleys filled by ghostly sounds, theme park fright houses, historic hotels and mansions—no matter how you scare, there are places to freak you out.

Here are a few of the most haunted places and best spots to live the scary story you’ve waited all year to experience.

Galveston has many sites that are considered haunted, including an 1867 building that served as a morgue after the 1900 Storm—still the deadliest storm in U.S. history having killed an estimated 8,000 Galveston residents. The building now houses Haunted Mayfield Manor­—a year-round haunted house attraction in downtown Galveston. The haunted house embraces the spooky history of the building’s past while providing guests with a psychologically thrilling experience.

Many of the island’s historic places have ghost stories attached to them as Galveston has been home to epidemics of disease, war, fires, storms, and many merciless pirates, including the infamous Jean Laffite whose lavish and lawless den of thieves was the island’s first European settlement.

Ghosts like Bisbee or perhaps Bisbee likes their ghosts.

Going to Copper Queen Hotel is like stepping back in time. You will feel like you have been brought back to the 1900s. The hotel is so beautiful and the service excellent that it attracts guests who have been dead for many years.

There are reportedly three resident ghosts in the Copper Queen Hotel. One of the ghostly residents is an older gentleman who has long hair and beard. He is usually seen wearing a top hat and a black cape. Guests and staff have claimed smelling the aroma of cigar either before or after seeing him.

Another ghost is that of a little boy. It is reported that he drowned in the San Pedro River. Guests have reported objects being moved by the little ghost in their rooms. Others have reported hearing footsteps in the halls and giggling. The little boy’s ghost has never been seen, only heard.

Located in the historic district of Santa Fe, the old La Fonda Hotel has been providing a pillow for weary travelers since 1922, but the location itself has been called home to some kind of inn or “fonda” since Santa Fe’s earliest days.

Today, the La Fonda Hotel is said to host not only travelers visiting Santa Fe, but also several ghosts. In 1867, the Honorable John P. Slough, Chief Justice of the Territorial Supreme Court, was shot to death in the hotel lobby. Some people believe that the Judge continues to walk its hallways.

The ghost of the distraught salesman who jumped into the well after losing all of his company’s money is often reported. The hotel’s dining room, the La Plazuela, is situated directly over the old well and both guests and staff alike have reported the sight of a ghostly figure that walks to the center of the room, then seemingly jumps into the floor and disappears.

In the 1970s, a guest reportedly called the front desk to complain that someone was walking up and down the hallway in front of his room. When an employee was sent to investigate, he saw a tall man in a long, black coat disappear into a stairwell.

I’m just a ghost in this house
I’m shadow upon these walls,
As quietly as a mouse
I haunt these halls.
—Allison Krauss, Ghost in This House