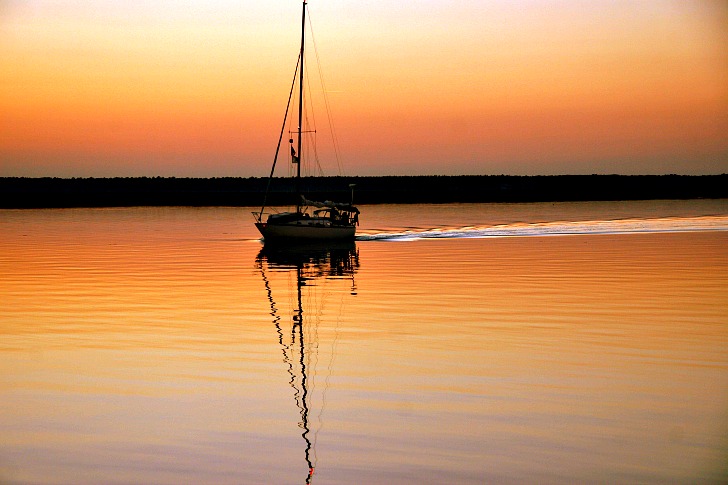 Are you ready to hit the beach without the crowds? Where you can find a piece of the coast to call your own?

Epoch Times recently named Cumberland Island as one of the top three off the beaten path and secluded beaches in the world. That’s high praise when you’re only bested by Hawaii and Spain.

Published in 21 languages in 35 countries across five continents, Epoch Times said, “Roughly the size of Manhattan, Cumberland Island is Georgia’s southern-most island and a place where you can truly get away from the modern world. With no bridge to come to Cumberland island the travelers have to use ferry or private boat to get to this beautiful place which is manage by the national park service. “

Cumberland Island also appears on lists as one of America’s Most Beautiful Beaches and Best Wilderness Beach in the Southeast.

In naming Cumberland Island one of America’s best wild beaches, the Wilderness Society stated, “Glistening white beaches with sand dunes, freshwater lakes and saltwater marshes fill this 16-mile-long island, the northern portion of which is designated Wilderness. Visitors can access the beach at designated dune crossings. Wildlife include alligators, loggerhead turtles and pelicans, as well as many fish that make this a prime place for surf fishing.”

Although Georgia’s Atlantic coastline is only about 100 miles long, the Peach State is home to 30 percent of the barrier islands along the Atlantic Seaboard. And Cumberland is the largest and fairest of them all with the longest expanse of pristine seashore—18 glorious miles of deserted sand. Truly, this is a bucket list destination.

Before the National Park Service acquired most of the island for a national seashore, 90 percent of it was the private domain of Lucy and Thomas Carnegie (brother of Andrew) and their descendants. The Carnegies bought the island in the 1880s and built five mansions on it during the next two decades. The most superb house was the opulent 59-room, Queen Anne-style Dungeness on the island’s south end.

Dungeness burned nearly to the ground in 1959 from a fire suspected as arson, but its ruins are a must-see for visitors.

We stopped during our visit to the island in early December 2007 to gaze at the tall chimneys, solid brick walls, and other stark remains of the old mansion.

After pausing at an old cemetery where war hero, “Light Horse” Harry Lee (father of Robert E. Lee) was interred following his death on the island in 1818, we further explored the island. Continuing the 3 ½-mile Dungeness Trail as it loops around the island’s southern tip, we walked the raised boardwalk over the dunes to the wide, secluded beach, alive with crabs and shorebirds including the American Oystercatcher and Least Tern.

On several occasions we encountered many of the 250 feral horses that roam the island, descendants of steeds the Carnegies released during their heyday. Beloved by visitors, they are perhaps the most popular feature to the island.

We saw in Cumberland what the Native American inhabitants glimpsed thousands of years ago, as they roamed the densely wooded, 18-mile-long isle of land hunting and fishing.

We saw what enchanted Spanish missionaries saw in 1566. And what endeared the British, who built forts in the early 1700s to protect their fledgling Georgia colony. And what captivated industrialist Thomas Carnegie and his wife, Lucy, who purchased large swaths of the island in the 1880s and built lavish winter retreats.

And what bewitched John F. Kennedy Jr., who married Carolyn Bessette at a tiny African-American church near the island’s north end. He had personally painted and worked on the chapel himself through the years when visiting friend Gogo Ferguson, a Carnegie descendant, and swore he’d wed there one day. And so he did.

After meandering lazily along the wide, sandy, shell-flecked beach, we slowly made our way to Sea Camp dock where we re-boarded the passenger ferry for a sunset cruise back to the mainland (St. Marys, Georgia).

Don’t be late for that last ferry or you’ll have to spend the night on the porch of the visitors’ center.

Summer is high season, both for tourists and insects, so be sure to reserve your spot on the ferry and the tour well in advance. There are refreshments on the ferry, but nothing on the island, so be prepared!