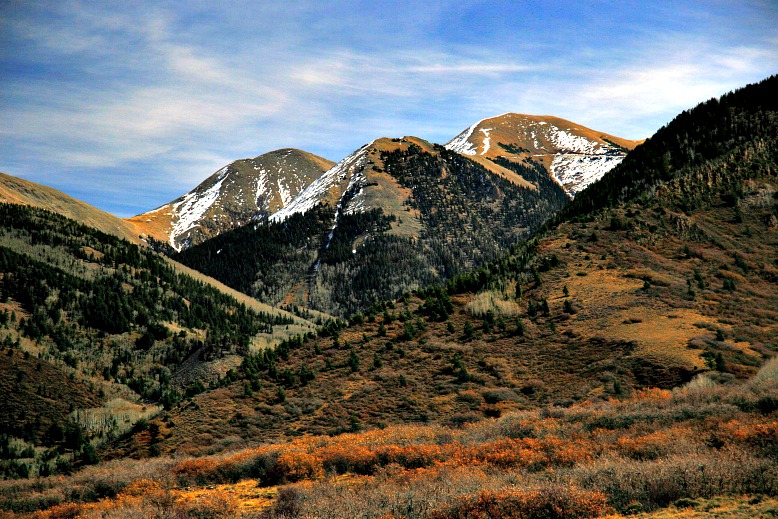 The Moab area is blessed with four scenic byways­. National and state scenic byways help recognize, preserve, and enhance selected roads throughout the U. S. based on their archeological, cultural, historic, natural, recreational, and scenic qualities.

This spectacular route along the Colorado River gorge begins at the Colorado River Bridge on the north end of Moab. For the first 13 miles it parallels the Colorado River within a narrow section of the gorge providing breathtaking views of the surrounding red sandstone cliffs. Popular attractions along this portion of the route include viewpoints of the river, public camping areas, and Grandstaff Canyon. At 13 miles the gorge widens as the highway proceeds past Castle and Professor Valleys.

After 24.7 miles the highway passes a viewpoint for an amazing view of the red rock spires of the Fisher Towers. After leaving the valley, the road winds farther up the river gorge until arriving at the site of historic Dewey Bridge at 29.8 miles. Unfortunately Dewey Bridge was destroyed in April 2008 by a brush fire. The road then follows the northern bank of the river before exiting the Colorado River gorge. The highway proceeds across open desert toward the ghost town of Cisco at 44 miles. After another 5 miles the route intersects Interstate 70.

This Scenic Byway provides great views of the Colorado River, ancient rock art, and dinosaur tracks. A late afternoon start is rewarding as the sunset on the reddish-orange sandstone cliffs along the route is especially beautiful on the return drive to Moab. The byway begins 4.1 miles north of Moab where Potash Road (SR-279) turns off of Highway 191. After 2.7 miles Potash Road enters the deep gorge of the Colorado River. At the 4 mile point, look for rock climbers on the cliffs along the section of Potash Road.

At 5.1 miles several petroglyph panels are visible on cliffs on the right side of the highway. At 5.9 miles the Poison Spider Trail Parking will be on the right. A kiosk on the end of the parking lot will have a map for a short trail to dinosaur tracks and rock art. Trailhead parking for the trail to Corona and Bowtie Arches is available at 9.9 miles.

Look for Jug Handle Arch at 13.5 miles. Shortly beyond Jug Handle Arch, the canyon widens and the sheer cliffs below Dead Horse Point State Park become visible in the distance. The paved highway ends at the Intrepid Potash Mine where potash, a mineral often used as a fertilizer, is extracted. From the end of the byway drivers with high clearance vehicles can continue on a dirt road to Canyonlands National Park.

Dead Horse Mesa Scenic Byway (SR-313) takes you through miles of incredible red rock canyon country. To reach the byway, head north from Moab on US-191. After about 9 miles look for the “Dead Horse Point State Park” sign and turn left (west) onto SR-313. This is the start of the byway.

After a series of hairpin curves as you begin to ascend the plateau, the road mellows out allowing you to appreciate the scenery. At about 14.6 miles from the beginning of SR-313 a fork to the left leads to Dead Horse Point. Towering 2,000 feet above the Colorado River, the overlook provides a breathtaking panorama of Canyonlands’ sculpted pinnacles and buttes.

After leaving Dead Horse Point State Park, backtrack to Highway 313, turn left, and head toward the Island in the Sky District of Canyonlands National Park, ultimately ending at Grandview Point. This section of the park sits atop a massive 1500 foot mesa—quite literally an Island in the Sky.

Returning to Moab provides a 60 mile loop drive that requires approximately 3 hours to complete. Note that several hairpin turns on the Castle Valley side of this route are unsuitable for large RVs.

Roads were made for journeys, not destinations.