Now that it’s October, a month where people actively seek out the best places in America to terrify themselves for some reason, you’ll have lots of options for scary places 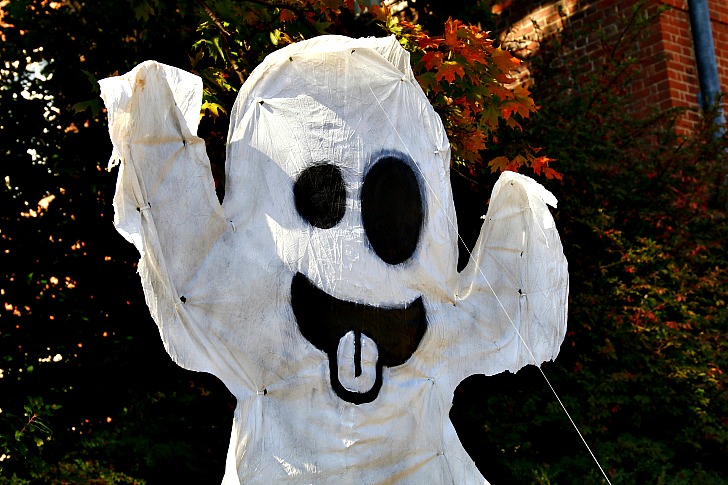 October’s the only time of year when people applaud you for showing up to a party with an ax in your head. It’s an entirely themed month in which normally staid drugstores fill with Dracula puppets shriek-laughing on an endless loop. It’s also the best time of year to step beyond mere horror movies to try and scare you silly, just ‘cause you can.

America is filled with spooky lore, and there’s no better time to embark on a ghostly road trip then Halloween season. Here are some of the best stops.

Arizona is terrifying. Between its creepy-crawly rattlesnakes, horrid Gila monsters, unnerving black scorpions, and almost-unbearably high temperatures, the Copper State is a pretty scary place to live. And as if that is not frightening enough, Arizona’s Wild West past and haunted history gives us even more reason to go hide under the covers. Sure, you can stand 120-degree heat and ride out haboobs, but can you brave these Arizona haunts?

Ask yourself whether if you’d want to be locked up in anything called a “territorial prison” and then jump ahead a hundred years to haunting the hell out of the place—like 100+ inmates, you died inside those walls. Not one to shy from a locking people into hot, dark places, Arizona has designated Yuma Territorial Prison a state historical park—easily one of the creepiest in the nation, and one of the most haunted spots in Arizona.

Guides report feeling chills when they pass Cell 14, where an inmate doing time for “crimes against nature” killed himself. In the so-called dark cell, prisoners in pitch-black solitary went mad chained to ring-bolts in the walls.

Its whiskey spirits with a side of ghostly spirits at Buffalo Trace Distillery’s ghost tours. One of the biggest and most well-known distilleries in Kentucky bourbon country, most visitors are unaware that Buffalo Trace has ghostly ties, let alone nighttime tours through the Stony Point Mansion.

Ghost tours are an hour long and take place at 7 p.m., led by guides who wax poetic on supernatural spirits said to frequent the grounds. The most notable is Colonel Blanton who died in the on-site Stony Point Mansion which feels like a real life version of the Clue board game. At the end of the ghostly portion of the tour, guests will get to taste a series of Buffalo Trace’s potable spirits.

The South is known for its southern charm, especially in places like Charleston, New Orleans, and Savannah. The latter was founded in 1733 which means thousands flock to Georgia every year to take in the old buildings, walk the historic streets, and get a little taste of what colonial living might have been like. Underneath all the charm, however, there are stories of murder, tragedy, and mysterious hauntings.

The Jekyll Island Club, whose members included some very famous last names—the Morgans, the Vanderbilts, and the Pulitzers—the spot for super-rich folks from 1886 until World War II. The Club still stands as do some of the cottages of the wealthy in Jekyll Island’s historic district.

Naturally, with all the wealth that’s passed through its doors, the club is haunted, namely by the ghost of a former railroad magnate, who apparently gets his morning coffee and kicks back with the newspaper just to mess with your mind. Room 3101 of the Annex is also said to be haunted, but by a friendly ghost (yay!) named Charlotte Maurice, who advises visitors on how to live their best lives.

For a real-life version of Stephen King’s Room 237, look no further than the Mount Washington Hotel. The tale of Carolyn Stickney sounds like the worst Disney princess story ever: she married the hotel’s founder, who died right before construction was completed. She then remarried into European royalty, but alas, she too passed soon after.

She never checked out of Mount Washington, though; she appears in people’s photos as a hazy apparition, floats around the hallways, and is a regular fixture in room 314, apparently her favorite place to challenge the notion of 5-star accommodations. The four-poster bed she slept in remains in the room, where you can still hear her voice, some say…

The long, violent, and controversial past of Texas combines with its imaginative and adventurous population leading to a lot of unexplained phenomena popping up across the former republic’s deserts, hills, and pine forests.

In its 300 years, the Alamo has shaped the city of San Antonio, ignited the battle for Texas independence, and influenced American history. It might seem obvious, but the Alamo isn’t only a revered historic shrine. During the infamous siege of 1836, thousands of men were killed and their bodies dumped unceremoniously into mass graves, so it’s no wonder a few of their disembodied spirits are pissed off.

Several security guards have reported hearing footsteps in the middle of the night, some have seen a small blonde-haired boy in the gift shop, and a ghastly John Wayne—yes, John Wayne—reciting lines from his 1960 film on the subject.