The eleventh month of each year brings beautiful fall foliage, a pre-holiday calm, and tons of things to give thanks for—especially when it comes to RV travel 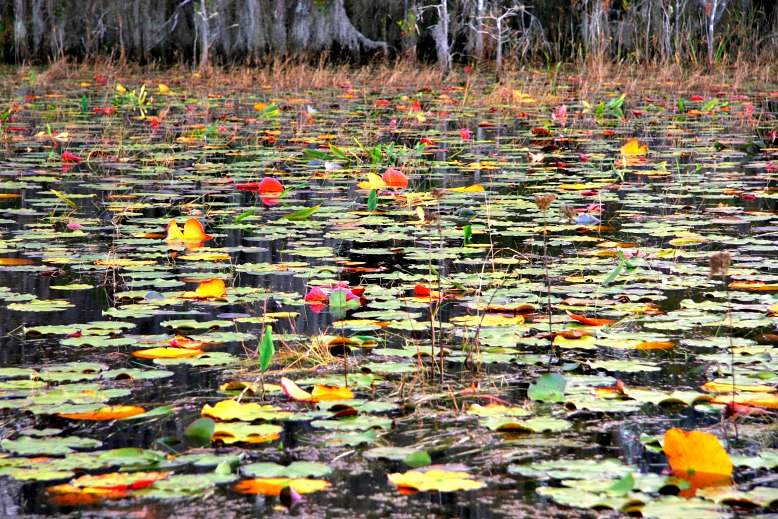 November may seem like an inconvenient time to vacation due to Thanksgiving at the end of the month, but there are benefits for RV travel during this shoulder season. Crowds at popular destinations are a thing of the past.

From cool fall breezes to pre-holiday calm, November offers plenty of reasons to give thanks while RVing.

With these five November travel ideas, you’ll be plenty relaxed before all the holiday hoopla.

And be sure to catch up on all our recommendations for the best places to visit in August, September, or October.

Though all the survivors from the Civil War are now gone, it’s still a great way to honor veterans and learn some history at the same time. Gettysburg, in Pennsylvania, is perhaps the epitome of Civil War battlefields. It was the largest, bloodiest battle of the Civil War with 50,000 casualties.

Though the conflict took place more than 150 years ago, it’s still a powerful reminder of the sacrifice and strife that took place and that almost tore apart the nation.

Sometimes referred to as Florida’s inland sea, Lake Okeechobee is central to a region of Florida historically known for its agriculture, but in recent times also equated with superior fishing, boating, and trails. Waterways on either side run into the “Big O,” as the lake is called, making it part of a152-mile boating passage way through the middle of the state known as the Okeechobee Waterway.

Clewiston, on the 750 square-mile lake’s southern shore, has the most to offer travelers, especially those intent on hooking into the lake’s legendary largemouth bass and speckled perch. Fishing guides and resorts help out with that goal. Blue gills, Okeechobee catfish, and black crappies are other local catches.

Clewiston is also known as “America’s Sweetest Town,” so be sure to do the Sugarland Express tour of a local farm and mill (you even get to chew on some sugarcane) and a three-hour boat cruise that explains the lake’s historic and natural heritage.

On Jan. 17, 1781, the Americans won a decisive battle against the better-trained British Army. The battle was over in less than an hour. This victory gave the Patriots the moral support needed to continue fighting and win the Revolution just nine months later. Featured at the battlefield are a walking trail and marked road tour, picnic grounds, and a visitor center with exhibits, memorabilia, and a multi-image presentation.

The British sustained one of the worst disasters of their Southern campaign, and the Patriots finally defeated “Bloody” Tarleton. General Daniel Morgan displayed brilliant tactics in the disposition of his forces, making effective use of both militia and Continental troops to envelop and rout the British. Most of Tarleton’s army were killed or captured, and the rest fled. The Battle of Cowpens was the event which started Cornwallis on his road to Yorktown.

Bosque del Apache stands out as one of the country’s most accessible and popular national wildlife preserves—for wildlife and human visitors alike—providing a seasonal home, November through March, for up to 12,000 sandhill cranes, 32,000 snow geese, and nearly 40,000 ducks.

Many thousands of bird watchers, photographers, and nature lovers from around the nation and beyond follow them here. And there’s no better time or way to appreciate all that the 57,000-acre refuge has to offer than attending the annual Festival of the Cranes, the week before Thanksgiving.

Imagine a place where unusual creatures swim through mirror-top waters and exotic plants sprout from floating islands—a place where thousands of creatures serenade the setting of the sun each day.

The Okefenokee offers so much, one could spend a lifetime and still not see and do everything. Spanish moss-laced trees reflect off the black swamp waters, while cypress knees rise upward from the glass-like surface. Here, paddlers and photographers enjoy breathtaking scenery and abundant wildlife.

The longer I live the more beautiful life becomes.