Petite Sirah (aka. Durif, Petite Syrah) I Love You! 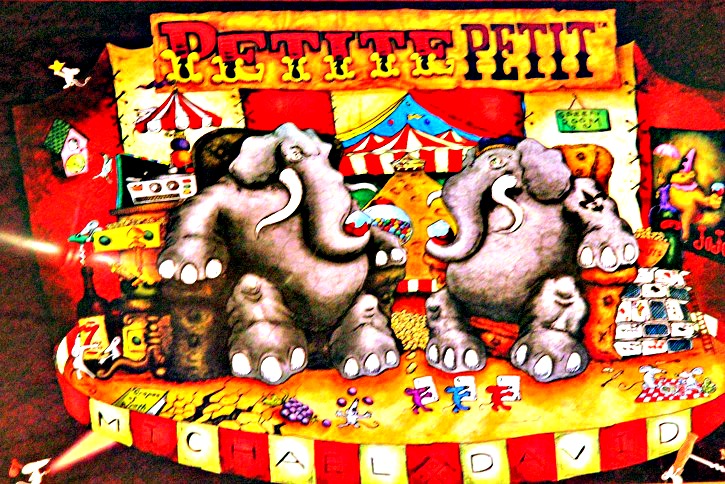 Developed in the 1870s in France’s Rhône region where it is known as Durif or Petite Syrah, this grape variety is more commonly known by its slightly anglicized synonym, Petite Sirah—particularly in California. The “petite” refers to the size of its berries and leaves that look like its namesake.

Dr. Francois Durif, a grape botanist and grape breeder at the University of Montpellier in Southern France, released this new variety that he named after himself. The result of a cross between the noble Syrah and a relatively minor Rhône variety, Peloursin, Durif was developed to resist mildew, to which Syrah is susceptible. Although mildew-resistant, the tightly-bunched variety never really caught on because of gray rot or root rot in the humid Rhône region .

However, the grape has adapted well to the more arid climates of California and Australia (Victoria State). Petite Syrah has, in fact, succeeded better abroad than in its south of France birthplace, where it is now almost never grown.

The grape’s similarity to parent Syrah became confusing for early planters in California. Starting in the 1880s, some of the original Durif vines were confused for a clone of Syrah and subsequently named Petite Sirah. DNA fingerprinting has shown that the majority of Petite Sirah plantings in California are actually Durif.

Until the push for varietal-labeled wines came to the fore in the 1960s and ’70s, little thought was given to the actual name of this variety in California. It was often added to provide color and body to California’s bulk wine production, or used to add richness to North Coast Zinfandel and Barbera.

There is nothing “petite” about this wine. This is one of the few wines that can often be identified by just looking at its beautiful deep black/purple color often described as inky. Petite Sirah is one of the dark grapes that are often referred to as “black grapes.” This is largely due to the dark skin of the grape itself. After you uncorked a bottle you can see exactly how inky and dark the end of the cork is. If you are not careful, you can stain a countertop, your clothes, or your hands.

Wines are relatively acidic, with firm texture and mouth feel. Vintners will sometimes introduce a small amount of white wine into Petite Sirah to calm the intensity with little effect on color. The bouquet has herbal and black pepper overtones, and typically offers flavors of blue fruit especially blueberries, black fruit, plums. Petite Sirah wines that are very tannic have aging ability that can exceed 20 years.

When purchasing a bottle from the winery, ask the tasting room staff for the winemaker’s recommendation on bottle aging.

Petite Sirah can sometimes be rather “short,” that is, the flavor does not linger in the mouth; hence, the benefit of blending with another grape which may lack mid-palate depth will add length and elegance like a Zinfandel.

Acreage for the grape has had its ups and downs over the years, reaching its heyday during the 1970s before plummeting to its lowest point of about 1,750 acres statewide in 1995. These days, almost 10,000 acres are planted to the variety, which is great news for fans of big, rich, hearty wines.

The first Petite Sirah plantings in California date back to 1884 in Alameda County. But we have Concannon Vineyard in Livermore Valley to thank for Petite Sirah’s popularity. The winery was the first in the U.S. to call out Petite Sirah on the label—in 1964. Now it’s Concannon’s rock star grape.

Wines made from the Petite Sirah are not subtle, and provide a generous mouthful of juicy black fruit and grippy tannins. Some of the producers that are currently creating great Petite Sirah include David Bruce, Girard, and Michael David with their Earthquake series—one of our personal favorites.

Pick up a bottle and find out why, despite the label, this wine is anything but “petite.”