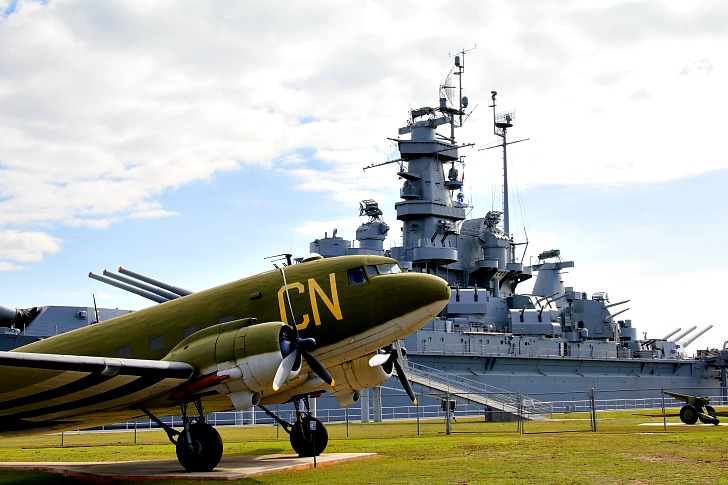 From Boston, Massachusetts and Saratoga, New York to Gettysburg, Pennsylvania to Mobile, Alabama, our list of great destinations to visit on Veterans Day offer new perspectives on being a veteran and the opportunity to honor those, current and past, who have served in the US military.

In honor of Veterans Day, celebrated annually on November 11, we’ve found some great destinations that are steeped in military history.

Veterans Day, first celebrated in 1919 under the proclamation of Woodrow Wilson, Veterans Day was originally called Armistice Day and was in honor of the end of hostilities at the end of World War I (which formally ended in the 11th hour of the 11th day of the 11th month in 1918). The holiday changed to its modern form in 1954.

As the “Cradle of the Revolution”, Boston is full of history like no other city in America. A trip to Boston is necessarily a trip into American history. Boston was the center of the revolutionary movement in the 1770s, and the monuments to those glorious times still stand.

The first significant American military victory during the Revolution, the Battles of Saratoga (September 19 and October 7, 1777) ranks among the fifteen most decisive battles in world history. Here in the autumn of 1777 American forces met, defeated, and forced a major British army to surrender. This crucial American victory in the Battle of Saratoga renewed patriots’ hopes for independence, secured essential foreign recognition and support, and forever changed the face of the world.

The last war to be fought on American soil was the Civil War, and one of its most renowned battles was that of Gettysburg, where around 50,000 casualties were suffered. Now visitors can step back in time and stroll through the battlefields, see where Lincoln delivered his famous “Gettysburg Address” at the Soldiers’ National Cemetery, tour the museum and even horseback ride along the trails. For a war that was so long ago, Gettysburg is the place where it becomes real and the sacrifices soldiers made become tangible.

The Appomattox Court House National Historical Park commemorates the heroic acts which took place in April of 1865 in this, the original village, to bring about the end of the Civil War.

The story is well known, passed down from one generation to the next. For nearly two weeks, 189 Texans stood tall against the assembled army of Mexican General Lopez de Santa Anna at a small mission and fortress compound in San Antonio. On the 13th day—March 6, 1836—the Alamo finally fell, and its defenders became American legends.

The aftermath has inspired Americans for almost 180 years, and the battle cry “Remember the Alamo?” has been repeated over and over again.

While only one day of the year is dedicated solely to honoring our veterans, Americans must never forget the sacrifices that many of our fellow countrymen have made to defend our country and protect our freedoms.