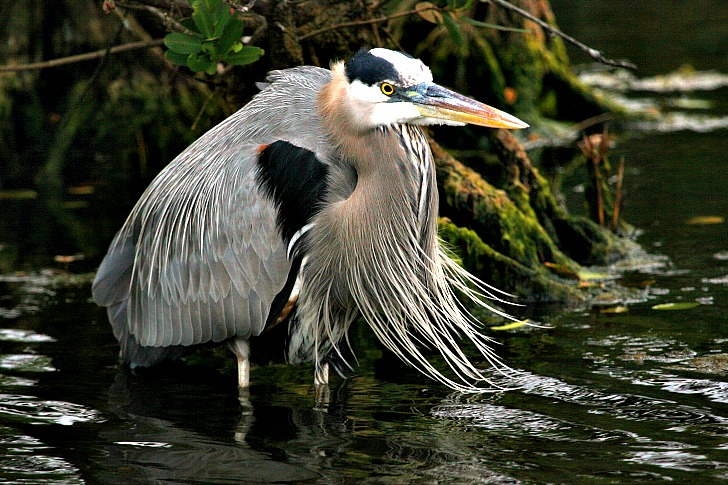 If you’re an RVer interested in bird watching, Audubon’s Important Bird Areas (IBAs) is a great source for planning your next road trip. The IBAs form an impressive network of conservation sites for birds, including expansive lands that support important habitats for birds and other wildlife.

To date Audubon has identified 2,832 IBAs covering 417 million acres of public and private lands in the United States. You may be familiar with many of these IBAs, as some are already protected as national parks and national wildlife refuges—some are small and some expansive—but all are significant. Of the 2,832 North American IBAs, 720 are considered of global importance, 113 are listed as continental importance, and 1,999 are of state importance.

Following are five of our favorite IBA destinations in the US for bird watching and the enjoyment of the natural environment during our RV travels.

Bosque del Apache National Wildlife Refuge is the winter home of thousands of sandhill cranes, snow geese, ducks, and other waterfowl. The annual arrival of the sandhill cranes is celebrated by a 6-day festival each November. The Festival of the Cranes is scheduled for November 20-23, 2019. The cranes and snow geese generally remain on the refuge until mid-February when they return to their breeding grounds in the north.

Even with their departure the refuge remains a wonderful place for hiking, biking, and wildlife- and bird-watching year round. You will want to drive the auto Tour Loop to get up close to the wildlife and their habitat.

Merritt Island National Wildlife Refuge is an important National Wildlife Refuge on the Atlantic coast of Florida. It is also a ‘gateway site’ for the Great Florida Birding Trail. Recreational opportunities are offered at the Refuge from manatee and bird watching, to fishing and hunting. The Visitor Information Center located 4 miles east of Titusville, Florida, is a great place to start your visit.

The Riparian Preserve at Water Ranch is managed as a part of the City of Gilbert water treatment facility. The Riparian Preserve at Water Ranch features hiking and equestrian trails. The preserve provides a great opportunity for wildlife and bird watching and is considered the premier bird watching facility in the Phoenix metro region. Approximately 250 species of birds have been sighted here.

The preserve also has the only valley astronomy observatory open to the public every Friday and Saturday evening from dusk until 9:30 p.m., subject to weather conditions.

Laguna Atascosa National Wildlife Refuge is host or home to an incredible diversity of migrating birds that funnel through the tip of Texas in an effort to avoid flying too far east, over the Gulf Coast, or too far west, over the desert. In addition, many southern species reach their northernmost range along the Rio Grande.

A slender thread of land between the shallow Laguna Madre and the rolling Gulf of Mexico, South Padre Island anchors the World Birding Center with nature adventures in every season.The nature center offers more than 3,300 linear feet of boardwalk, five bird blinds, and a five story tower with spectacular views of the Laguna Madre, beaches and dunes of South Padre Island, and the Gulf of Mexico.

Cameron Prairie National Wildlife Refuge is an epic birding destination near Lake Charles. This is due to the fact that it is at the convergence of the Mississippi and Central flyways. Numerous birds make year-round residences here while millions make their way through this region in the spring and fall during migration.

Cameron Prairie is your chance to truly enjoy the Louisiana Outback at its finest. Wildlife is abundant and makes wildlife viewing and photography opportunities endless. The best places to spot wildlife are the Pintail Wildlife Drive, the visitor center, and all along the Creole Nature Trail.

Legends say that hummingbirds float free of time, carrying our hopes for love, joy, and celebration. The hummingbird’s delicate grace reminds us that life is rich, beauty is everywhere, every personal connection has meaning and that laughter is life’s sweetest creation.