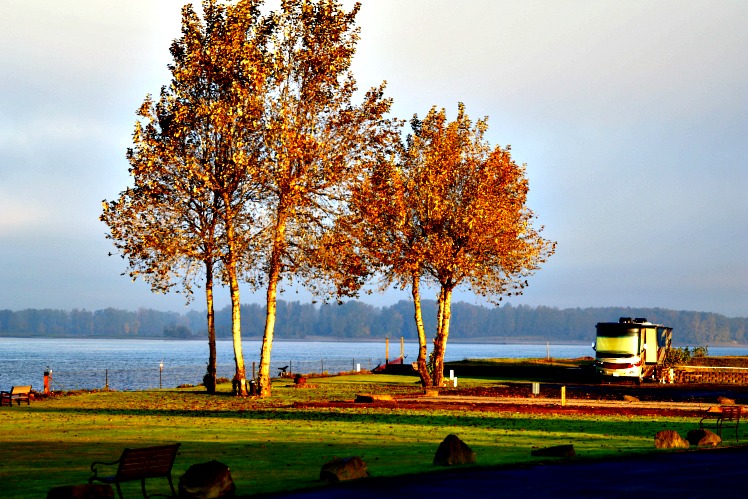 Many snowbirds are north-south creatures, meaning those from the American Northwest and Western Canada tend to settle in Arizona, Nevada, and California; those from the Midwest and Central Canada flock to Texas, Mississippi, Alabama, and Louisiana; and those from the Northeast and Eastern Canada head for Florida.

A successful—and stress free—trip requires a little homework before you leave. Regardless of your journey, factor in the drive times and travel expenses.

In an earlier post we discussed keys to planning a successful and stress-free snowbird RV route with tips for traveling the two most popular East Coast routes—Interstates 95 and 75. In today’s post we explore the main routes for snowbird RV travel from the Northwest.

Snowbirds who RV south for the winter from the northwest have a choice of several routes with most opting for I-5 or 1-15 for a major portion of the journey.

The main West Coast highway, Interstate 5, runs all the way from the British Columbia-Washington border at the Peace Arch south of Vancouver to southern California. It connects most of the major cities from Seattle and Portland to Los Angeles and San Diego. It largely parallels Highway 101 and California Route 1, or more famously known as the Pacific Coast Highway.

Two major sight-seeing destinations are only short side trips from Interstate 5 in Washington. Ascending to 14,410 feet above sea level, Mount Rainier stands as an icon in the Washington landscape.

Another interesting side trip from I-5 would be a visit to Mount St. Helens…or what’s left of it, I should say! To me, it was intriguing to see half of a mountain standing in a spot where a WHOLE mountain should have been. You’ll find an attractive visitor’s center in which you may view interpretive exhibits and see a film about the volcanic explosion at Mount St Helens.

Joining the intermountain west with the desert southwest, Interstate 15 provides a major link between the interior of Canada, several transcontinental east-west corridors, Southern California, and Mexico. Travelers westbound on Interstates 40, 70 and 80 may easily transition to southbound I-15 to connect to Las Vegas, Los Angeles, and San Diego. Between these destinations, I-15 is an extremely busy highway, frequently backing up on holiday weekends in the Mojave Desert.

But many RVers ask, “Isn’t there a better route?” That seems to be a common question on RV forums.

Although friends have shared little short-cuts with us (such as leaving I-15 at Dillon and going 41/55 to Whitehall and 69 into Boulder, avoiding the big climb to Butte), the result of our conversations and research have shown few strong alternatives to the I-15.

Its winter, we’re not interested in the icy scenery and we just want to get out of the cold. Getting there is not half the fun. All of this points to the I-15 as the best Snowbird path south from Alberta, Montana, and eastern Idaho.

Snowbirds from the Midwest often use Interstate 35 and a combination of several other interstates and secondary highways to reach their Sunbelt roost.

Plotting a route using mapping software or relying exclusively on a GPS generally produces the fastest or shortest route, which isn’t necessarily the best winter driving route for RVs.

Watch the weather and road reports. Leave when you have a three-day window of good weather and clear roads. Mountain driving, with its steep grades and hairpin turns, can be scary enough in the summer especially for those accustomed to gunbarrel-straight highways. However, it’s really the ice and snow that are the big concern.

If you get caught in a winter storm, wait it out and give the road crews time to clear the highway. Drive carefully leaving extra room between vehicles and allow extra time to stop.

If the weather looks like it will be getting bad, or becomes terrible overnight, then stay put. Much better to spend an extra day in a campground than in a cold RV stranded on a snow-bound highway.