Embrace the magic this holiday season in a warm destination 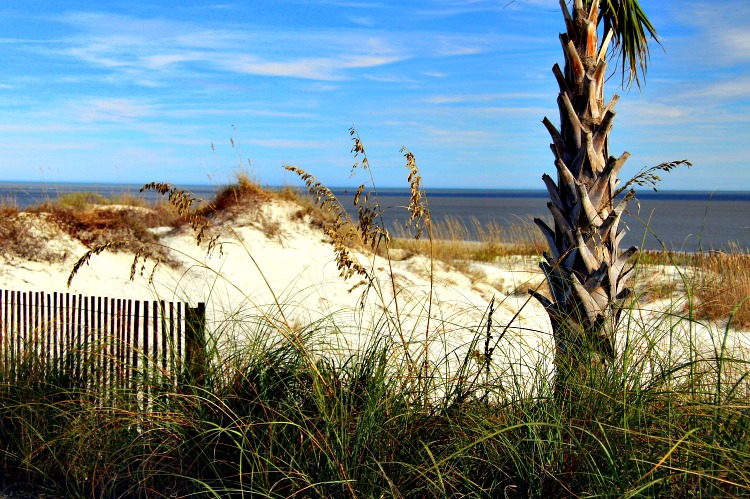 As a whole, the month of December is a whirlwind. Even as the chaos of Thanksgiving weekend begins to fade, the world is already preparing for the end-of-year holiday season.

Balancing the frenzy of shopping and family time can be daunting, but those who manage to squeeze in time to get away, will find warm weather, seasonal festivals, and beautiful landscapes in which to cap off another great year of RV travel.

December marks your last chance to cash in on this year’s travel resolution before they reset in the New Year, so let the magic of the season take you to a place near or far in your RV.

Looking to make plans for RV travel in January, February, or March in the New Year? We’ve got you covered with those recommendations, too. And be sure to catch up on all our recommendations for the best places to visit in September, October, or November.

Rockport is known as “The Charm of the Texas Coast” and for good reasons. A winter hamlet that is a relaxing getaway year-round, Rockport-Fulton is known for its signature trees, clusters of giant ancient oaks sculpted by the Gulf Coast winds.

Fed by springs that flow at a constant 72 degrees, the Crystal and Homosassa rivers are winter havens for West Indian manatees. Between 400 and 700 of these endangered aquatic mammals—they have a population of about 4,480—call the rivers home from October through mid-April.

When the Gulf waters warm up in the spring, most of the manatees venture out to their coastal homes. Manatees are gentle creatures that enjoy interacting with humans. Even though only 30 to 40 manatees stay in nearby Kings Bay year-round, more than 20 companies in Crystal River and Homosassa offer swim-with-the-manatees tours.

In the Homosassa Springs Wildlife State Park, you can see manatees without donning a wetsuit. The 210-acre park is a rehabilitation center for injured or orphaned manatees. A 45-foot-deep natural spring, headwaters of the Homosassa River, provides the perfect habitat for recovering manatees.

An underwater observatory allows close-up views of manatees and freshwater and saltwater fish attracted by the spring. The park is also a showcase for Florida’s native wildlife, such as alligators, wood storks, and pink flamingos.

As you drive up Pinto Basin Road, past the Cholla Cactus Garden, you’ll cross the transition zone between two major desert ecosystems: The lower Colorado Desert merges into the higher Mojave Desert, and cholla cactus and ocotillos give way to Joshua trees.

An even bigger wow can be had at Keys View. To the west, distant San Gorgonio Mountain and San Jacinto Peak—both topping 10,000 feet—scrape the sky. Looking south, you can spy the Salton Sea.

Catalina State Park, one of the many gems in the Arizona State Park system, offers beautiful vistas of the Sonoran Desert and the Santa Catalina Mountains with riparian canyons, lush washes, and dense cactus forests. The environment at the base of the Santa Catalina Mountains offers great camping, hiking, picnicking, and bird watching—more than 150 species of birds call the park home.

Brunswick and the Golden Isles, Georgia

Four of the beautiful isles—St. Simons, Little St. Simons, Jekyll, and Sea—and a nearby coastal town are known collectively as Brunswick and the Golden Isles.

In 1886, Jekyll Island was purchased to become an exclusive winter retreat, known as the Jekyll Island Club. Members included such notable figures as J.P. Morgan, Joseph Pulitzer, William K. Vanderbilt, and Marshall Field. Jekyll Island, with its cottage colony and clubhouse, was viewed as a little paradise, where members and guests pursued “a life of elegant leisure.” Today, the former Club grounds comprise a 240-acre site with 34 historic structures.

Go confidently in the direction of your dreams! Live the life you’ve imagined.