The Southwest is a fascinating and awe-inspiring place to explore 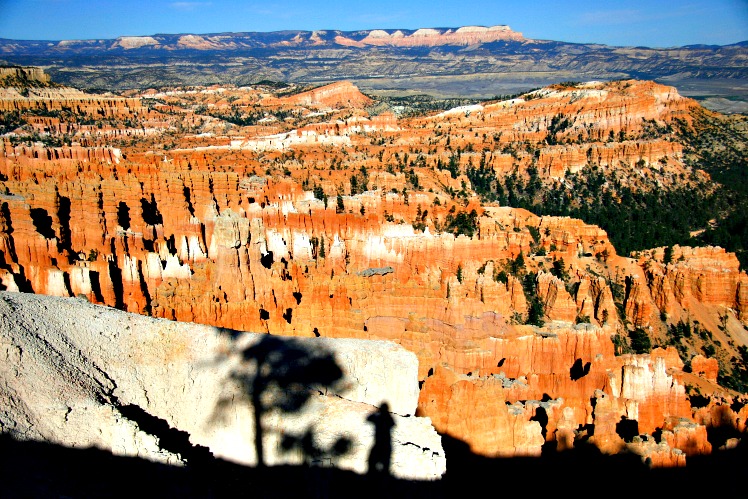 America’s southwest is home to lots of jaw-dropping scenery—how do you decide where to go and what to see? If you’re thinking about an RV vacation in this majestic region, you may want to consider one or more of these especially spectacular destinations.

It’s no secret that Sedona is home to some of the most jaw dropping scenery in the country. Known as Red Rock Country for the colorful red rock formations that dominate the landscape, Sedona is a popular destination for photographers, nature lovers, hikers, and mountain bikers. Sedona is home to hundreds of miles of trails, some easy, some difficult, yet all loaded with magnificent views of the surrounding million year old ancient rocks.

As you pass through the Chihuahuan Desert and Guadalupe Mountains of southeastern New Mexico and west Texas, filled with prickly pear, chollas, sotols, and agaves, you might never guess there are more than 300 known caves beneath the surface. The park contains 113 of these caves, formed when sulfuric acid dissolved the surrounding limestone. This includes Lechuguilla Cave, the nation’s deepest and fourth longest limestone cave at 1,567 feet

Monument Valley is one of the most enduring and definitive images of the American West. Eons of wind and rain carved the gargantuan red-sandstone monoliths into fascinating formations, many of which jut hundreds of feet above the desert floor in a scene that’s remained untouched for centuries. The isolated red mesas and buttes surrounded by a vast, sandy desert have been filmed countless times for movies with nostalgic images that are sure to be familiar for John Wayne fans.

Bisbee’s beauty is at least in part due to its quirky character, charm, and street art. This colorful, historic mining town, nestled a mile high in southeastern Arizona’s Mule Mountains, is a funky artists’ haven filled with Victorian homes that are perched precariously on steep hillsides. Many of its eclectic bungalows can only be reached by climbing steep stairways built into the picturesque mountainside.

One hundred fifty years ago, John Wesley Powell described Glen Canyon as a “land of beauty and glory” and named it for its many glens and alcoves near the river. About 100 years later the canyon was flooded by the Glen Canyon Dam on the Colorado River forming a lake named for the one-armed explorer. With 2,000 miles of shoreline, Lake Powell offers boating, kayaking, and fishing amid rugged red rock canyons and mesas.

Step back in time at Canyon de Chelly National Monument. Steep canyon walls cradle hundreds of ancient pueblo ruins. A Navajo Indian community still inhabits the canyon floor herding sheep during the summer. Two self-guided drives follow the rims of the canyon. At the end of the South Rim Drive, take in the sights from the popular Spider Rock overlook, featuring the park’s signature geological formation.

Visitors to Mesa Verde can retrace the ancient footsteps of the ancestral Puebloans who once lived in the park’s magnificent cliff dwellings. This UNESCO World Heritage Site is home to some of the best preserved archaeological sites in the U.S., with more than 4,500 found within its boundaries, including Cliff Palace which contains 150 rooms.

Discover a landscape of contrasting colors, land forms, and textures unlike any other in the world. The park has over 2,000 natural stone arches, in addition to hundreds of soaring pinnacles, massive fins, and giant balanced rocks. This red-rock wonderland will amaze you with its formations, refresh you with its trails, and inspire you with its sunsets.

Many come to the southwest to visit the Grand Canyon, one of the Seven Wonders of the World. Brilliant colors and unforgettable panoramas make it one of the most popular attractions in the U.S. Unique combinations of geologic color and erosional forms decorate a canyon that is 277 river miles long, up to 18 miles wide, and a mile deep.

Utah’s Zion National Park offers some of the most beautiful vistas and hiking opportunities in the Southwest with spectacular rock formations, towering cliffs, magnificent waterfalls, valleys, and deserts. The Narrows, a gorge with walls a thousand feet tall and the river, sometimes 20 to 30 feet wide, is one of the park’s highlights. The Narrows can be viewed by hiking the easy, paved Riverside Walk for a mile from the Temple of Sinawava.

Water and wind over millions of years have carved the plateau into the park’s distinctive red rock pillars, called hoodoos, into the park’s series of natural amphitheaters. Bryce Canyon National Park awes visitors with spectacular geological formations and brilliant colors. The towering hoodoos, narrow fins, and natural bridges seem to deny all reason or explanation. Hiking is the best way to immerse yourself in the amazing geography. Day hikes range from easy 1-mile loops to challenging 11-mile round-trip adventures.

The West is color. Its colors are animal rather than vegetable, the colors of earth and sunlight and ripeness.